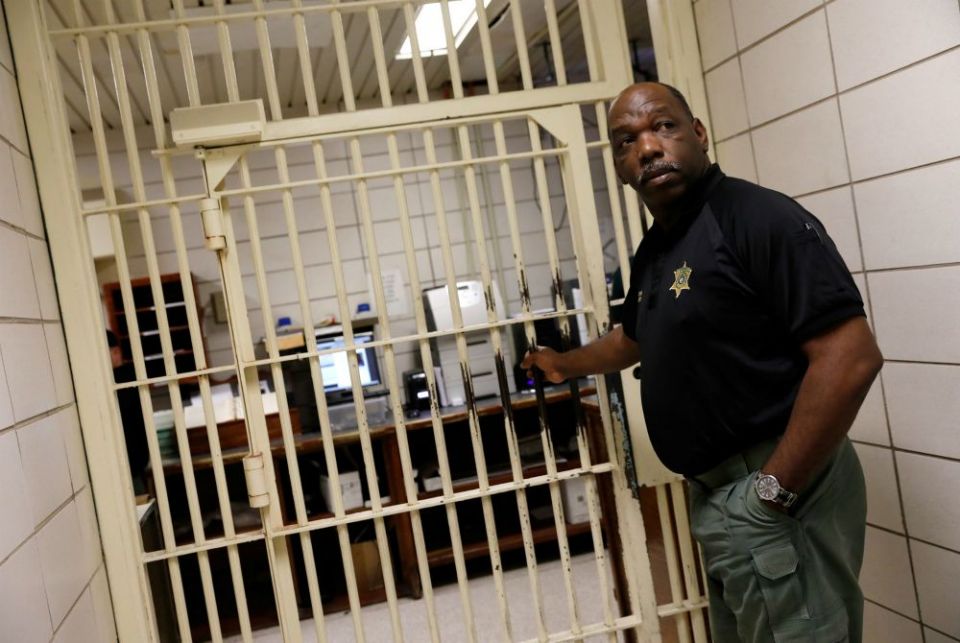 Warden Dennis Grimes opens the doors to holding cells in the East Baton Rouge Parish Prison in Baton Rouge, Louisiana, March 5. The federal government could start shaving the size of its prison populations if the First Step Act, which has passed the House, becomes law. (CNS/Reuters/Shannon Stapleton)

Politico on the "bipartisan odd couple" on the House Judiciary Committee, Republican Rep. Doug Collins and Democratic Rep. Hakeem Jeffries, who have not only collaborated on a prison reform bill, but got it through the chamber on a whopping vote of 360-59. Of course, I hasten to point out that this lopsided vote is also an indication of how deplorable our prison system has become. Nonetheless, it is still at least possible to work across the aisle.

Also at Politico, one of the weirder stories of the week: ethically challenged EPA administrator Scott Pruitt apparently had a staffer try and purchase an old mattress from the Trump International Hotel. The report does not indicate if he wanted a specific mattress. The hotel has been open for less than two years, so I doubt they were selling mattresses because they had worn out their use. Why did he want a mattress from the hotel? I hope the answer is as bizarre as the question.

Speaking of bizarre, the news that Trump may bring Dennis Rodman to the summit with North Korean leader Kim Jong Un reminds me of the closing scene in the movie "Men in Black" in which Will Smith explains that Rodman is an alien from another planet and Linda Fiorentino replies, "Not much of a disguise." He will fit right in to the most surreal summit of the century.

Also surreal, a friend sent me a photo of Cardinal Raymond Burke celebrating his birthday with a very special cake, created by Torty na Wypasie, a bakery in Poland. 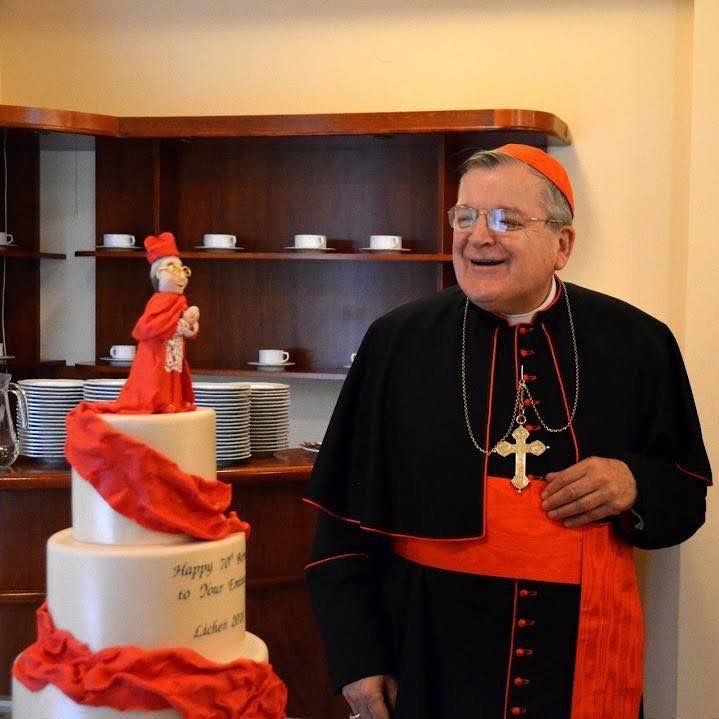 Cardinal Raymond Burke smiles at a cake created for his birthday by the Torty na Wypasie in Poland. (Barbara Parowicz and Izabella Parowicz)

If you think I was exaggerating about what a disaster the Catholic University Tim and Steph Busch School of Business is, this article at Ethika Politika by Thomas Storck looks at how thoroughly ignorant of Catholic social teaching Tim Busch is. The school is named for Busch because he gave it a ton of money, and he continues to run conferences out of the school with his equally sinister Napa Institute. Those words are his. They are not taken out of context. They are indefensible.

Last week, I looked at the Atlantic Monthly essay by Matthew Stewart about the 9.9 percent, America's new aristocracy. Like clockwork, along came this article in The Washington Post that shows the degree to which the tastes and perceived needs of the 9.9 percent dominate the style and culture sections of our media: A look at 10 overseas cities to which you might want to retire. The evidence for aristocratic myopia? The piece opens with the sentence: "Buying a home overseas is not only for the wealthy."

Also in The Washington Post, a look at how small town firehouses are looking to Latinos to bolster their thinning ranks of firemen. These are the kinds of things that will eventually destroy Trump's ethno-nationalist appeal.

Cabinet members get together for weekly Bible study