At The New York Times' "The Argument," NCR's executive editor Heidi Schlumpf debated Ross Douthat on the issue of denying Communion to pro-choice politicians like President Joe Biden. I admit my bias, but I think Schlumpf had the better part of the argument. Douthat is too smart not to recognize the complexities of the issue, yet the argument for denying Communion to Biden requires the kind of clear-cut thinking that only appeals to a totalitarian or a very arrogant person, and Douthat is neither. And Schlumpf? Those who debate her should know they have signed up for a challenge. 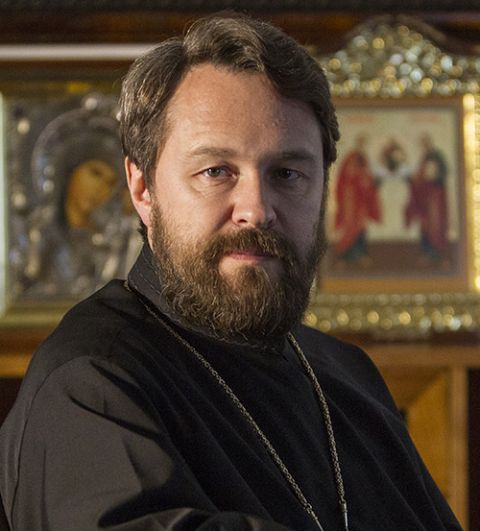 In La Croix International, Metropolitan Hilarion of Volokolamsk, the second highest-ranking member of the Moscow Patriarchate of the Russian Orthodox Church, told a Russian outlet that refusing to get the vaccine is a sin. "It seems to me that everyone who can be vaccinated should do so now — if not for their own good, then for the good of others," the prelate said. He added that he tells those who confess they knew they should have been vaccinated and bear responsibility for infecting others, "All your life you will have to make amends for the sin you have committed." Newsflash to U.S. religious leaders who insist vaccinations should be voluntary: When Putin's guy outflanks in a matter of morality ...

Relatedly, check out The New York Times virus tracker. As I write, new cases are up 94% nationwide in the past two weeks. Hospitalizations are up 16%. Deaths, which continue to decline, are not the leading indicator here, so we can expect them to start to increase in the weeks ahead.

Also in the Times, the great labor historian Nelson Lichtenstein has nothing but love for Biden's antitrust executive orders, even though others have complained that no action has yet been taken to break up Amazon or Facebook. He writes:

But Mr. Biden's executive order does something even more important than trustbusting. It returns the United States to the great antimonopoly tradition that has animated social and economic reform almost since the nation's founding. This tradition worries less about technocratic questions such as whether concentrations of corporate power will lead to lower consumer prices and more about broader social and political concerns about the destructive effects that big business can have on our nation.

Back in the early '80s, I was lucky enough to take a course in labor history with Professor Lichtenstein and he has lost none of his brilliance nor his enthusiasm for his subject.

From "Working Class Perspectives," the blog of the Kalmanovitz Center at Georgetown University, Jack Metzger examines the issue of "social wages" and how some of Biden's proposals will affect them. If you help raise wages or help alleviate a cost that is inescapable, like child care, you increase the "social wage" of the individual, and working-class Americans are long overdue for an increase in that social wage.

At Politico, Stephanie Murray and David Siders take a deep dive into Donald Trump's remaking of the Republican Party's electoral infrastructure, starting with state party chairs. "Open warring by state party chairs against elected officials was once rare, and disagreements were typically kept discreet in the interest of party unity. Top party leaders were tasked with party-building efforts and fundraising, and were accustomed to showing deference to home state senators and governors, or working assiduously to advance their political interests," they write. "But Trump's penchant for intra-party conflict and demands for absolute loyalty changed the equation." It makes one wonder when Trump will insist his party chairs wear black shirts?

At Governance Weekly, Bill Galston takes a deep dive into some of the data we now have regarding the 2020 election, how Biden won, how Trump kept it close and what all this portends for the future. The money quote:

And if Democrats continue to misread the sentiments of Hispanics, who now constitute the country's largest non-white group, their shift toward Republicans could continue. There is evidence that among Hispanics as well as whites, a distinctive working-class consciousness is more powerful than ethnic identity.

Hint for future Democratic candidates? If you consult someone who refers to Latinos as Latinx, consult somebody else.

From Design Boom, a look at the exquisitely beautiful new work of Spanish architect Santiago Calatrava in the Church of San Gennaro in Naples, Italy. Just stunning.

Will the Catholic Church self-destruct or bridge the partisan divide?