At Politico, Zack Stanton interviews sociologist James Davison Hunter. Thirty years ago, Hunter popularized, although he did not coin, the phrase "culture wars" in the hope that by calling attention to the phenomenon, which so obviously threatens the fabric of our democracy, we might all take steps to overcome it. Instead, he argues, it has only gotten worse and it is difficult to gainsay him. This interview is bracing.

In the face of ideological leveling, I like to say "complications will save the world." Sometimes, complications also break your heart. In The Washington Post, Scott Wilson takes a deep dive into the law enforcement situation in Portland, Oregon, one year after the first protests for racial justice. The mixed results of various reform efforts, the rise in serious crime rates, and a host of other factors that could tempt one to despair.

Democrats should not take this as any kind of guarantee that next year's midterms will go swimmingly, but The New York Times reports on the special election to fill the U.S. House seat in New Mexico vacated by Interior Secretary Deb Haaland. The Democratic candidate, Melanie Stansbury, won in a landslide with 60% of the vote. This is a Democratic-leaning district to be sure, and Biden won it by 23 points in 2020. Still, midterms tend to cut against the incumbent party and Stansbury's ability to match Biden's numbers is an encouraging sign.

File this under: "Be careful what you wish for!" On May 28, the National Catholic Register published an article that began: "Cardinal Gerhard Müller on Monday called upon the Holy Father to intervene in the German situation to correct clerics who have attempted to bless same-sex unions, or encouraged such attempts." Later that same day, the Catholic News Service reported that Pope Francis had authorized an apostolic visitation of the Archdiocese of Cologne, home to Cardinal Rainer Maria Woelki, the leader of the conservative wing of the German church, albeit for the archdiocese's handling of clergy sex abuse, not for the cardinal's conservative stance. Oops. 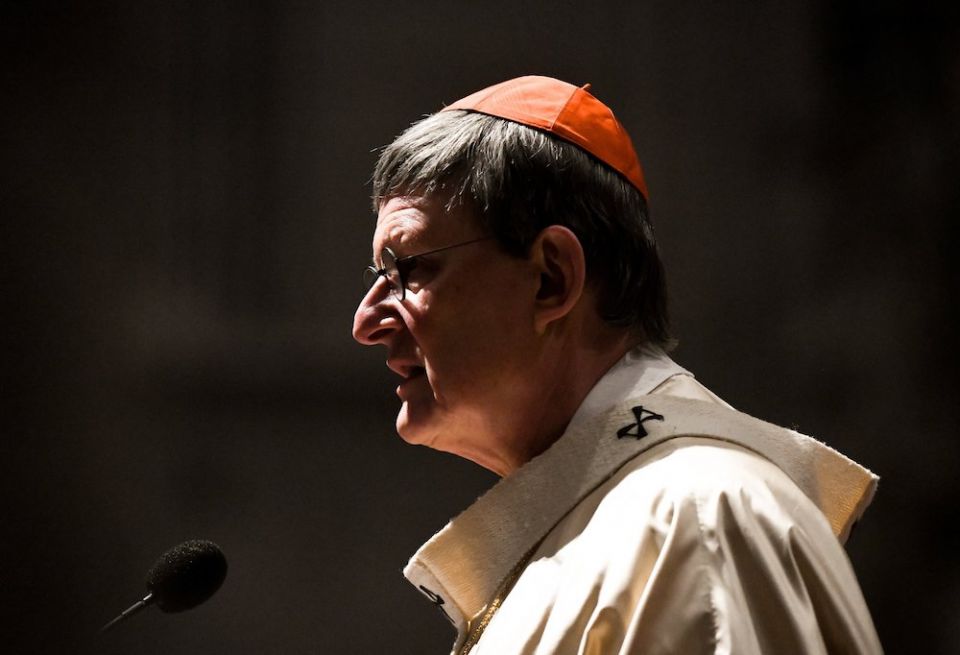 At the "Go, Rebuild My Church" blog from Sacred Heart University, ethicist Brian Stiltner discusses the post-pandemic reality facing many dioceses, including his own, the Archdiocese of Hartford, which went through a wrenching series of parish closures in 2017. At that time, half of all parishes were shuttered, and now they are beginning another round of restructuring. I do not agree with all that Stiltner says, but this reality requires us to consider new ideas and, most of all, be attentive to the Holy Spirit.

From Architectural Digest, a look at this year's Biennale exhibition in Venice, which is focused on sustainability. They predict a work of art by Niccolo Casas that highlights the need to repurpose plastic will steal the show. His sculpture left me cold, but the article's discussion of values and architecture as they relate to the climate crisis is worth the read.

Fans of the recently concluded "Masterpiece" presentation of "Atlantic Crossing" will enjoy this article from The Washington Post that looks into one of the claims in the show, that the U.S. Secret Service was used to protect the Norwegian royal family while they were in the U.S. during the war. Turns out it is true and a grateful King Haakon bestowed the Medal of St. Olav upon several Secret Service agents after the war.

Summer is almost here and after this miserable year, parents are thinking about where to take the kids. This article at Back Road Ramblers profiles some "living history" museums at which guides are in character and trained to explain the history of their time. My only criticism of the article is that it left out my personal favorite such museum, Old Sturbridge Village in Massachusetts, which has the most informative guide-actors I have ever encountered, to say nothing of the Toll House cookies for sale at the town's General Store!

An attentive — and creative — reader said that reading the debate among the U.S. bishops about whether or not to deny Communion to pro-choice politicians, she thought they sounded like Yul Brynner singing "A Puzzlement" in Rodgers & Hammerstein's "The King and I." She is spot-on and here it is.