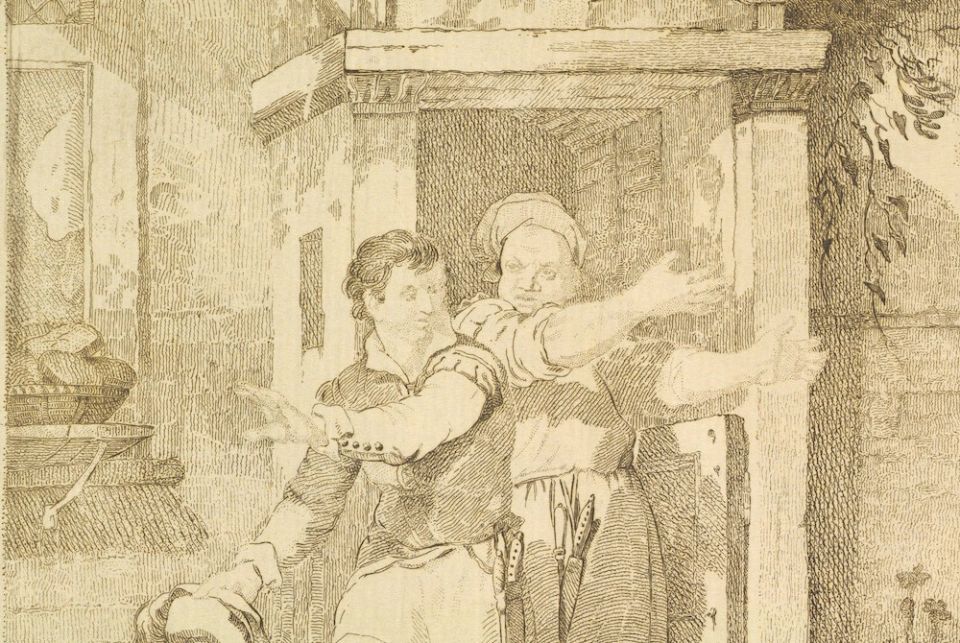 At Breitbart, there is a report on an interview with Cardinal Gerhard Müller in which the former prefect of the Congregation for the Doctrine of the Faith criticized Chicago Cardinal Blase Cupich. Müller displays the extent of his bias and reminded me of a conversation Pope Francis had with a German reporter on the papal plane. Asked about Müller, Pope Francis said the cardinal "has good intentions and he is a good man, but he is like a child."

Relatedly, at The Pillar, the new venture from J.D. Flynn and Ed Condon, formerly at the Catholic News Agency, Flynn looks at the controversy surrounding Archbishop José  Gomez's inauguration day statement and the response from some bishops closely aligned with Francis. Toward the end of the column, he opines:

But if Cupich is the cause of the Holy See's intervention, his stock in Rome has likely declined after the embarrassment of public reporting about the intervention, and then the statement's eventual release. If Cupich was relying on favor in Rome to exercise influence in the U.S. bishops' conference — as he is believed to have done in the wake of the McCarrick scandal — it seems that after this week, he will have fewer chips to play, at the time he needs them most.

Flynn penned that analysis before reading last Saturday's Bollettino from the Vatican, which included this:

What is going on with the Republican Party? At Politico, Gabby Orr and Meredith McGraw explain how Republicans went from being ready to lance the Trumpian boil in the wake of the assault on the Capitol to U.S. Rep. Kevin McCarthy going, hat in hand, to Mar-a-Lago to seek Donald Trump's help in retaking the House in 2022. More on this tomorrow.

In The Washington Post, E.J. Dionne, who is no one's idea of a wild-eyed radical, argues that it is time to jettison the filibuster and do the people's business. He writes that "living with the status quo means capitulating to obstruction. Democrats have only 50 votes plus Vice President Harris's tie-breaker. They will never get 10 votes from a GOP that can't even find a way to exile white-supremacist extremists from its ranks." The problem is that when one party presents itself as the anti-government party, a political stalemate only helps them and harms the party that wants to use the power of government to advance the common good.

At McSweeney's Internet Tendency, an "artist's statement" by Simon Henriques proves to be a splendid send up of a style of cultural commentary with which we are all familiar. Sustaining the humor from start to finish is like singing a high note pianissimo for many seconds: It is rarely done, and very rarely done as well as it is here.

Relatedly, at the Morning Star, there is a look at the University of Leicester's decision to ax medieval literature from its English program in favor of "modules on race, ethnicity, sexuality and diversity, a decolonised curriculum, and new employability modules." Another battle in the culture wars? Not so fast, says the author, Rory Waterman, an alumnus of the program. He introduces complications to the narrative and thinks the university is spinning budget cuts as updating. The comment about Chaucer drawing on narrative traditions from outside Europe added another bump in whatever false narratives are being put out by the university to defend its changes and the culture warriors who denounce it. Complicatedness is the thing that will save us all from totalitarianism.

We all need stories that cheer us up in this bleak midwinter. From The Washington Post, the story of Kansas City Chiefs' lineman Laurent Duvernay-Tardif who sat out the season and, instead, worked as a nurse at a hospital in Montreal. He says that his idea of what constitutes a hero changed. Indeed. So did mine after reading his story.

Need another make-you-smile story? From ClassicFM, soprano Jeanine de Bique was videotaped recording the aria "Rejoice, greatly" from Handel's Messiah. It is not only that she nails the arpeggios and melismas, although she does. It is the joy she takes when she nails them. Just splendid.

Bishop bars Illinois Catholic lawmakers who back abortion from Communion