Links: Liz Cheney's ouster, getting vehicles off the road, and moo-ving music 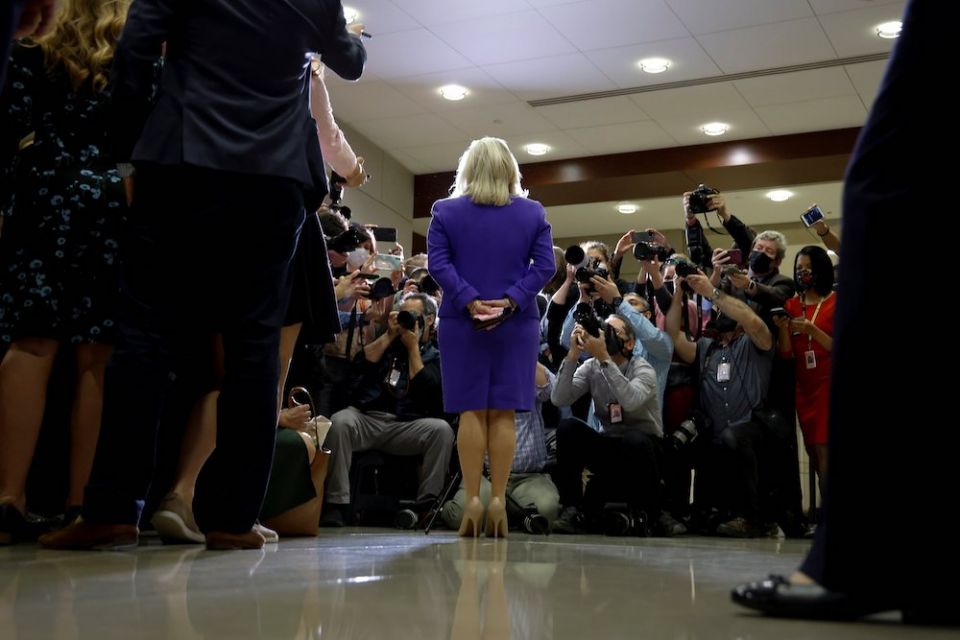 Rep. Liz Cheney, R-Wyo., speaks to reporters after House Republicans vote to remove her as chair of the House GOP Conference on Capitol Hill in Washington May 12, 2021. (CNS/Reuters/Jonathan Ernst)

At her "Letters from an American," historian Heather Cox Richardson reflects on the ouster of U.S. Rep. Liz Cheney from leadership in the GOP House caucus and the art of gaslighting, which is the only thing that seems to unite the current Republican Party.

In The Washington Post, a fine analysis of how the lackluster jobs numbers, combined with concerns about inflation, are causing people to wonder about President Joe Biden's big spending plans. If inflation is starting to rise, the last thing to do is pump trillions of dollars into the economy. Of course, we need that money to build infrastructure and to expand our notion of infrastructure to include things like childcare, without which millions will be unemployed or underemployed. My solution? Make sure you raise taxes on the rich to pay for the new programs, which will counterbalance any inflationary pressures.

At Boston.com, an article on achieving improvements in environmentally friendly infrastructure with improved rail service in the northeast. The article unintentionally highlights one of the more foolish impediments, namely, the myopia of the press: It leads with the possibility of high-speed rail connecting Boston and New York, which would be great, but the really important improvements would be in commuter rail linking workers in more affordable second-tier cities like Concord, New Hampshire, and Springfield, Massachusetts, with jobs inside the Route 128 corridor around Boston. Those commuter routes might not help a reporter in Boston get to a Broadway show any faster, but they are the key to getting cars off the roads. 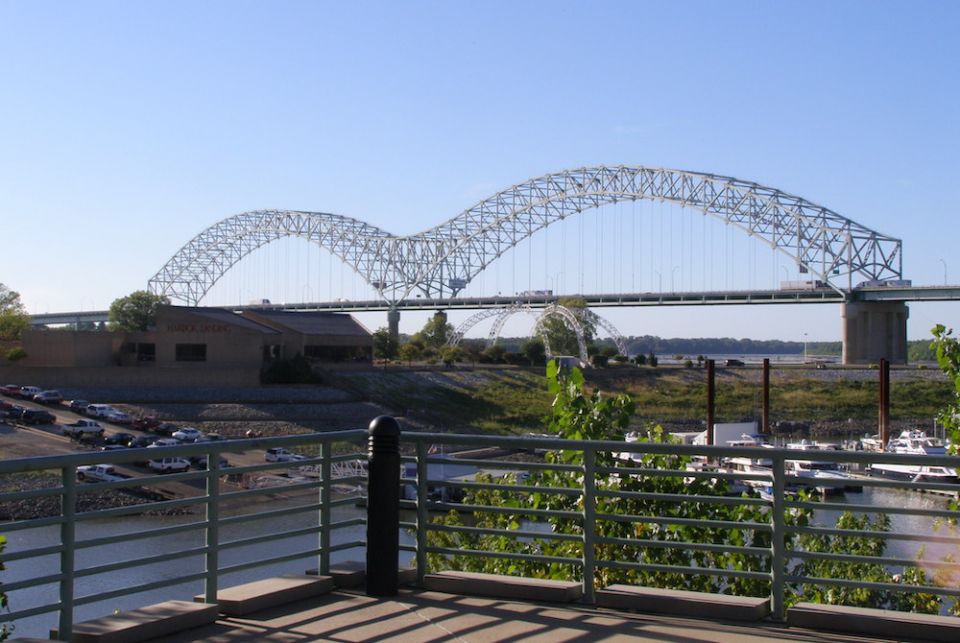 The Hernando de Soto Bridge spanning from Memphis, Tennessee, to West Memphis, Arkansas, on Interstate 40 over the Mississippi River is pictured in 2010; it opened in 1973 and recently became infamous for having a serious structural crack that forced its closure. President Joe Biden's spending plan includes $621 billion for infrastructure work. (Wikimedia Commons/Chris Light)

Relatedly, at Connecticut Mirror, Jim Cameron of the Commuter Action Group makes the case for increased focus on rail freight, which will reduce the number of trucks on the highways. The numbers are astounding. Discussing the still extant lines in Connecticut, Cameron writes: "These short line railroads already carry 3.8 million tons of freight annually in our state, keeping 350,000 truck loads off our roads and reducing greenhouse emissions by 75%. Diesel trains can carry up to 500 ton-miles per gallon.  Trucks manage about 130.

At the always-useful Working-Class Perspectives blog, Tim Strangleman looks at the U.K. by-elections in which the Labour Party lost a seat it had held since 1964. The reasons are many, some more recent like Brexit, and others a long time coming. He writes:

Rather than using its power to address economic changes in Britain, New Labour seemed to be embarrassed by its old traditional base, looking upon it like an ageing relative in the attic. The party was content to count on working-class votes but reluctant to invest in the training and jobs that would improve working-class lives. When austerity hit in 2008, the marginal improvements felt since 1997 were quickly reversed. Things didn't get better.

Sound familiar? Does everyone else look at those long ago pictures of Bill Clinton and Tony Blair and cringe, or is it just me?

At La Croix, Massimo Faggioli looks at the various experiences and expressions of synodality around the world. He correctly notes: "The modern theology of synodality originates chronologically in contemporary theology of the Catholic Church, and geographically within societies in the liberal-democratic order in the Western hemisphere. This is not just a coincidence." But I am not sure he is fair in claiming that we Americans have to look all the way back to the Third Plenary Council of Baltimore in 1884 for a "defining national ecclesial assembly." The U.S. bishops conference really did function as a kind of on-going synodal path in this country in the 1970s, '80s and even into the '90s. It was only in the new century that the conference lost its ability to forge consensus. Still, a stunningly insightful article.

Finally, something light to carry into the weekend. From ClassicFM, a group of cellists went to a local farm to play music for the cows. The cows were profoundly moo-ved by the experience.

Column | Links: Liz Cheney's ouster, getting vehicles off the road, and moo-ving music

Can the US church manage the synodal path?