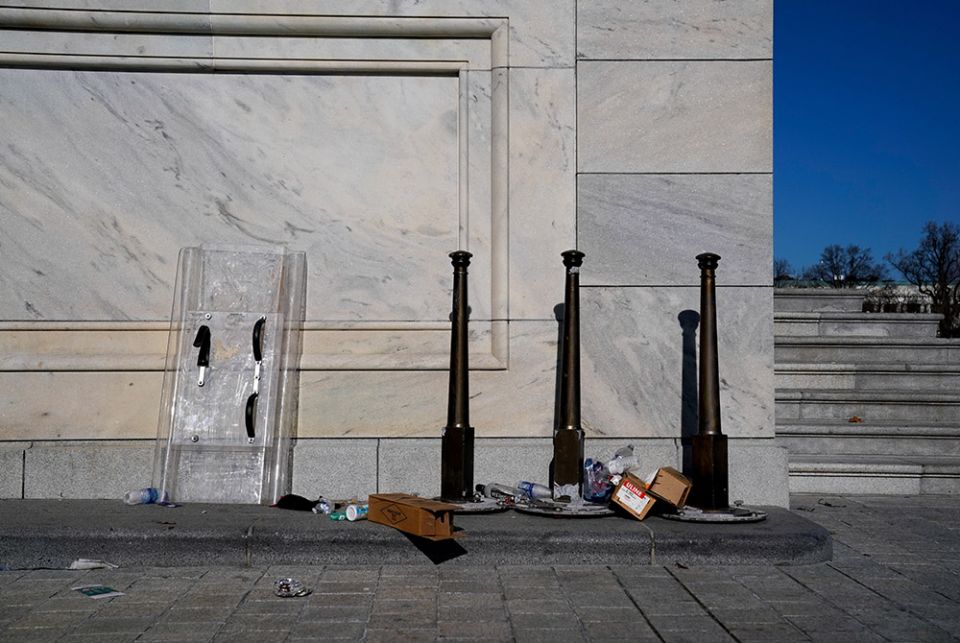 This coming weekend is the New York Encounter, an annual event sponsored by Communion and Liberation. Like so many events, this year's event will be virtual. I will be participating in "The Albacete Show" on Sunday at 1:15 p.m. EST, joining other friends of the late, great Msgr. Lorenzo Albacete to reflect on his extraordinary life. More information can be found here.

At Politico, Christopher Cadelago and Natasha Korecki detail the Biden administration's plan to "punish" the GOP for opposing the president's large COVID-19 relief bill. I do not think "punish" is really the operative verb here. Biden recognizes something that the Obama administration often forgot: You have to keep selling a policy even after it is signed into law. More on this in the days ahead.

In The Washington Post, a deep dive into what Donald Trump was doing and saying on Jan. 6. The lawyers defending him in the impeachment trial said he was "horrified" by the insurrection. Apparently, that was not the case.

Remember the Stamp Act? In Poland, news media went dark Wednesday morning to protest a new tax on advertising, which they claim is designed to undermine freedom of the press, not to raise revenue. Politico has the story. Maybe someone should tell the Polish government about the old adage — never go after people who buy ink by the gallon!

At Working-Class Perspectives, the blog of the Kalmanovitz Initiative, Allison Hurst of Oregon State University has penned a searing indictment of our "tired" politics. She is spot-on about the need for more than good public policies, that we need a culture that prioritizes solidarity over profit, especially in those sectors such as health care, where profit can have a distorting effect. I find it odd that she includes the proposal for a universal basic income, which not only separates income from work, which is part of the problem with the financialization of the economy, but which would be a political and social disaster.

Vive la France! At The New York Times, a report on political and cultural leaders in France resisting the intrusion of "certain social science theories entirely imported from the United States," as Emmanuel Macron, president of the Fifth Republic, said. The critics rightly locate the source of the problem in America's academic institutions. Yes, the French can be fussy about culture. Still, it is good to know that if America gets too woke for its own good, we can always head to France as a refuge.

I knew it, I just knew it. The American Heart Association looked at three recent studies and concluded that drinking black coffee — caffeinated coffee — can help you avoid heart disease. CNN has the story. A few years back, they discovered that red wine is good for your heart. Then, they found a link — a "thin" one — between chocolate and heart health. Coffee, red wine and chocolate are my three basic good groups, so I am looking at a good long life.

Column | Links: What Trump did during the insurrection; selling COVID-19 relief