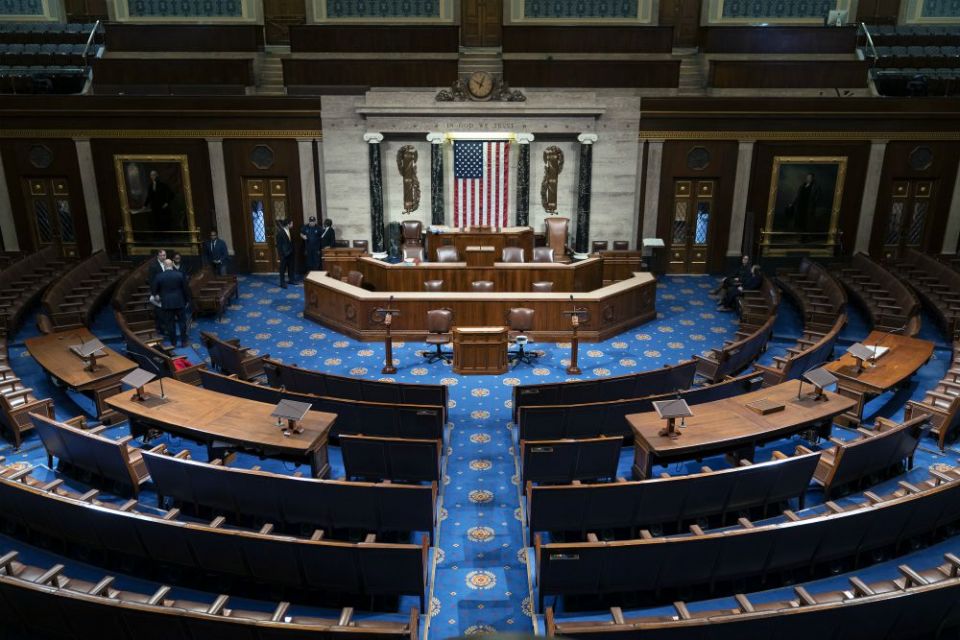 The chamber of the House of Representatives Jan. 3, 2019, before convening for the first day of the 116th Congress at the Capitol in Washington (RNS/AP/J. Scott Applewhite)

If you watch Fox News, you would have thought the most important thing that happened in the life of the nation last week was that newly sworn in Congresswoman Rashida Tlaib told a room full of supporters that the Democrats planned to impeach President Donald Trump, whom she referred to indelicately as "the mother-----r."

"We watched a new freshman stand up, use this language, get cheered by their base, and we watched a brand-new speaker say nothing to her," huffed House Republican Leader Kevin McCarthy. "That action should not stand. Somebody should stand up to it." EWTN's Raymond Arroyo, filling in for Laura Ingraham on Fox News (is anyone surprised?), put Tlaib's comment into his opening segment and led off his panel discussion on the subject.

It was especially strange to listen to Trump himself call Tlaib's comments "disgraceful." The president undoubtedly has expertise when it comes to disgraceful language, but when he talked about sexually assaulting women, especially married women, that was just "locker room talk," so hearing him call out Tlaib's language was a bit rich. Nor do I recall him taking umbrage when Kanye West uttered the exact same vulgarity in the Oval Office last year.

I am not shocked by profane language and haven't been since I first heard George Carlin's classic routine on the seven words you can't say on television. "Mother-----r" was No. 6 on Carlin's list. But I was still distressed about Tlaib's comments, not because she used a cuss word but because Democrats, even the newest members of Congress, need to exercise great discipline in the days and weeks ahead because Trump is a master at manipulating the media, and the Democrats need to avoid thinking they can beat him at his game.

Since the new Congress was sworn in, the government shutdown has been the center of political attention and, because of Trump's demands, so is the border wall. The president is squirming over both issues. He keeps trying to blame the Democrats, but if he could not convince his fellow Republicans to pay for his wall during the past two whole years, why should Speaker Nancy Pelosi agree to do so in the first two weeks? And wasn't Mexico supposed to pay for this? You know the administration is in trouble when Fox News host Chris Wallace calls out White House spokeswoman Sarah Huckabee Sanders in the middle of an interview when she tried to peddle the lie that the wall was needed to stop terrorists from crossing the southern border.

The president also is flailing in his effort to justify the shutdown, alternating between unproven claims that federal workers support his goal of a wall, denigrating the cost to federal workers of not getting paid, and then trying to be reassuring. His attempts at an explanation could make for a nice TV commercial, and you could splice in similar comments he made about workers he was cheating at his companies through the years.

As well, there is the sheer incompetence of this administration on full display. The man who said "he alone" could fix what's wrong with our body politic, whose stellar business career showed his many aptitudes, not least his ability to strike a deal, that man is the one unable to get the government reopened.

Worse than the vulgarity was the use of the "I" word. Until we all find out what Robert Mueller has unearthed, talk of impeachment is exceedingly counter-productive. Tom Steyer, the billionaire who has been running ads calling for impeachment for more than a year, should be gagged: He has been feeding the perception that some Democrats want to use impeachment not, as intended, to confront criminal activity, but for political purposes. Tlaib's comments reinforced that perception. Mueller, who is a Republican, and who has no political axe to grind, is the perfect person to make the case for impeachment, if such a case is there to be made, based on evidence, not emotion. Tlaib got applause from her most ardent supporters. Steyer probably gets his ego stroked watching himself on TV. Those of us who suspect the president is knee-deep in criminal activity want evidence and a conviction, not to feel good about ourselves. 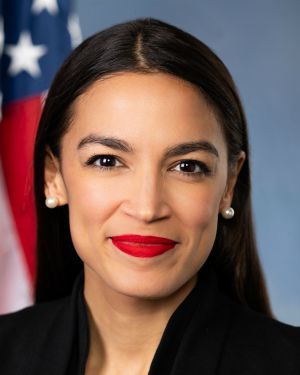 Tlaib's comments also gave the president a chance to get off the ropes, at least for a couple of days. They were a distraction, an unforced error. Just when the noise started to die down, Congresswoman Alexandria Ocasio-Cortez gave the story another 24 hours in the news by tweeting support for Tlaib. When Ocasio-Cortez says there is a double standard she is, of course, absolutely correct. But are Democrats to really hold themselves to the low standards set by this ogre in the White House?

Democrats can't out-Trump Trump. Yes, they need to be as media- and social media-savvy as Ocasio-Cortez clearly is. But the Democrats also have to be the grown-up party. It is true that Trump steamrolled the grownups in 2016, but that doesn't mean the Democrats need to nominate Dwayne "the Rock" Johnson in 2020. Which leads to the biggest reason for Tlaib and Ocasio-Cortez and the other freshmen members of Congress to deploy self-discipline: They are also bringing important ideas and policies to the forefront, from the Green New Deal to rewriting the tax code so that it more closely resembles what it looked like during the tenure of that radical, Dwight D. Eisenhower. You can't beat Trump at his own game, but why would you want to? After this four-year rollercoaster, I predict the American people will be tired of a president who is a blackhole of narcissism and will be ready for serious, adult leadership. If I am wrong, there is always Canada.