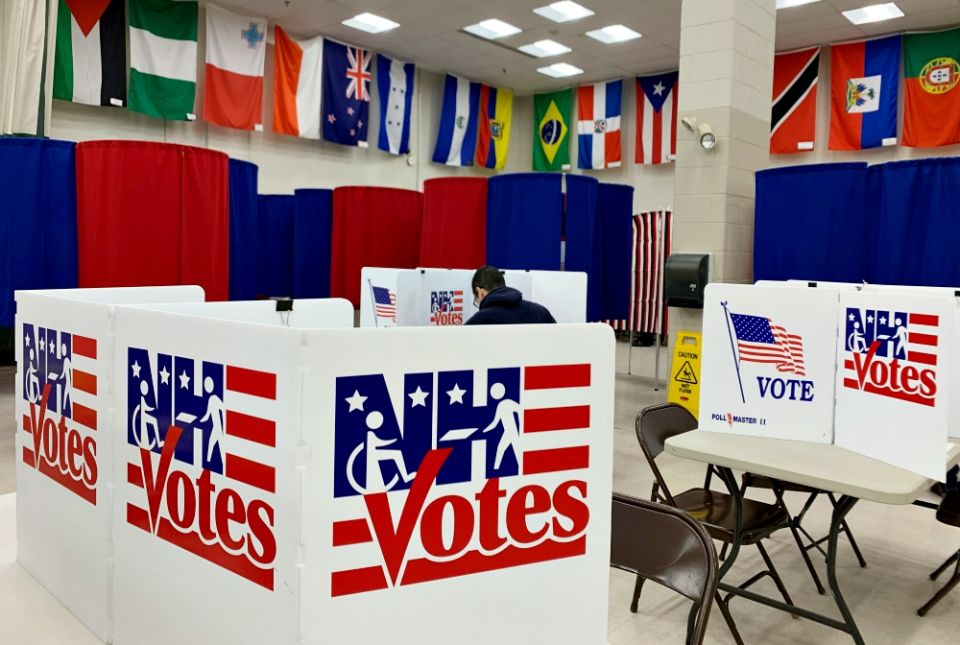 In my column on Monday, I offered the hope that New Hampshire, unlike Iowa, would clarify the Democratic contest. The good people of the Granite State did not disappoint: Former Vice President Joe Biden is effectively out of the race. His central campaign theme was that he was the guy who could beat President Donald Trump. His fifth-place finish last night, after a distant fourth in Iowa, has left that campaign theme in tatters and it is hard to see how he will generate any new momentum.

I also noted that Sen. Amy Klobuchar was the clear winner of the debate Feb. 7, and wondered if it would matter in the polls. Klobuchar had prevailed in previous debates but it had not turned into a significant uptick in the polls. This time it did. Sixteen percent of voters said they made their decision on election day, and another 32% in the last few days, according to exit polls. The Minnesota senator posted a strong third-place finish.

Put differently, she got more than twice as many votes as Biden. It remains to be seen if she can use this strong showing to catapult herself into contention in Nevada, South Carolina and the 14 states that vote on Super Tuesday, March 3.

On the other hand, a win is a win is a win and Sanders won. His strongest calling card remains the fact that, like the president, he always appears candid, even when he is not telling the truth. That is no small strength.

It is no surprise that in both Iowa and New Hampshire, Sanders got about half as many votes as he got in 2016. That was a two-person race and this one isn't. But the surprise is that so many of the voters who went elsewhere in 2020 wound up in the camp of former Mayor Pete Buttigieg. Mayor Pete, as he is still known, has run explicitly as a moderate alternative to Sanders, but he benefits from decades of identity politics. The fact that Buttigieg is gay provides him with a veneer of progressivism. Does anyone think he would have gotten this far if he was a heterosexual? Or a woman?

Regardless, his proposals scream 1980s and, at some point, people will recognize that his youth masks his backward-looking approach to public policy.

Sen. Elizabeth Warren now needs to shake up her campaign staff. She came in third in Iowa and fourth in New Hampshire, struggling to break into double digits. Having failed to win the "progressive lane," she now has to alter the rationale for her candidacy. In many ways, Warren remains one of the few people with the potential to actually unite the party, bringing along Sanders' voters and yet not scaring away the moderates that a Sanders' candidacy might frighten. (Ohio Sen. Sherrod Brown is another.) But she needs to come in first or second in Nevada or South Carolina if she is to stand a chance on Super Tuesday.

The campaign now heads into states that are not white, and it remains to be seen how Latinos in Nevada and African Americans will react to the results so far. A question mark hangs over Buttigieg because black voters in the South are largely evangelical Christians and it is unclear if they will back an openly gay candidate.

But the other remaining candidates do not have a great deal of experience with minority voters: Massachusetts is 11% Latino and 7.48% African American; Minnesota is 5% Latino and 6.19% African American; and Vermont is 1.6% Latino and 1.4% African American. Sanders benefits from having run a national campaign, and his staff is focused on avoiding a repeat of 2016 when he lost the black vote in South Carolina to Hillary Clinton by a margin of 14% to 86%.

One of the most interesting comments on the results — and testimony to the fact that the race is barely beginning — came from Lee Saunders, the president of the American Federation of State, County and Municipal Employees, arguably the most important union in a Democratic nominating contest.

"All of the candidates on the Democratic ballot in New Hampshire today are bold and unwavering champions for working people," he said. "They have proven that they understand the importance of labor unions to unrigging the system and building an economy that works for everyone. Millions of voters have yet to choose, and I encourage all remaining candidates to stay the course and give more working people a chance to make their voices heard."

The fact that 48% of New Hampshire voters made up their minds in the last few days of the campaign indicates the degree to which the contest remains fluid. The next debate, on Feb. 19 in Las Vegas, could yield the kind of significant last-minute effect that the Feb. 7 debate did in New Hampshire.

Klobuchar, for the first time, will have a target on her back. Sanders is the most consistent debater on the stage, but he needs to begin persuading people who voted for other candidates last night. Buttigieg is supremely eloquent, but someone needs to point out that his language is grotesquely consultant-driven. Warren was enormously effective in the first few debates, and needs to get her mojo back. Last week, she talked about being a fighter, but it was Klobuchar who actually demonstrated her fighting abilities on a debate stage.

Klobuchar faces another hurdle. At the end of January, she had only $5 million cash on hand. Perhaps even more challenging, she had only 180 staff, and it is not that easy to put together a staff on the fly and in not only Nevada and South Carolina but in the 14 Super Tuesday states as well.

Can she overcome those disadvantages with another strong debate performance? Perhaps. But does her staff know which are the most important radio shows to do in California? The key opinion makers in South Carolina?

Those numbers are all close, but you can bet Sanders and Buttigieg will continue to bring in money on the strength of their performance last night. Warren's fundraising may drop off in the run-up to Super Tuesday, that is, at the worst possible time.

Speaking of fundraising, the confused state of the race might become a boon for former New York City Mayor Michael Bloomberg, whose ads are ubiquitous in all 50 states! His ads are also not very good.

If I may be permitted to offer a bit of advice to all the candidates who campaigned in Iowa and New Hampshire: Form a united front to defend the proposition that the party of Jefferson, Jackson and FDR cannot, repeat cannot, decide that nominating another billionaire is the answer. Punto.

It appears that the other billionaire in the race, Tom Steyer, flamed out in New Hampshire and I suspect he will not do any better in the coming states.

The exit polls in New Hampshire confirmed something I reported back in December: Religion played almost no role in last night's results. According to exit polls, only 14% of the New Hampshire Democratic electorate reported attending church weekly or more often. Thirty-eight percent said they attended church sometimes and a stunning 48% said they "never" attend a religious service.

That will not be the case in Nevada or even more in South Carolina. The Latinos in Nevada are largely Roman Catholic and, as mentioned, blacks are a majority of the Democratic electorate in South Carolina and a majority of them attend evangelical churches. You can bet all the candidates will spend some time in the next day or so memorizing Matthew 25.

So, on to Nevada and then to South Carolina. The race does not have a long way to go — a third of all delegates to the national convention will be awarded on March 3. Anyone who emerges on March 4 with a significant margin of victory will be hard to catch. But between now and then, the shift could be tectonic. Buckle up.