Not a knockout, but Biden (and the moderator) won the final debate 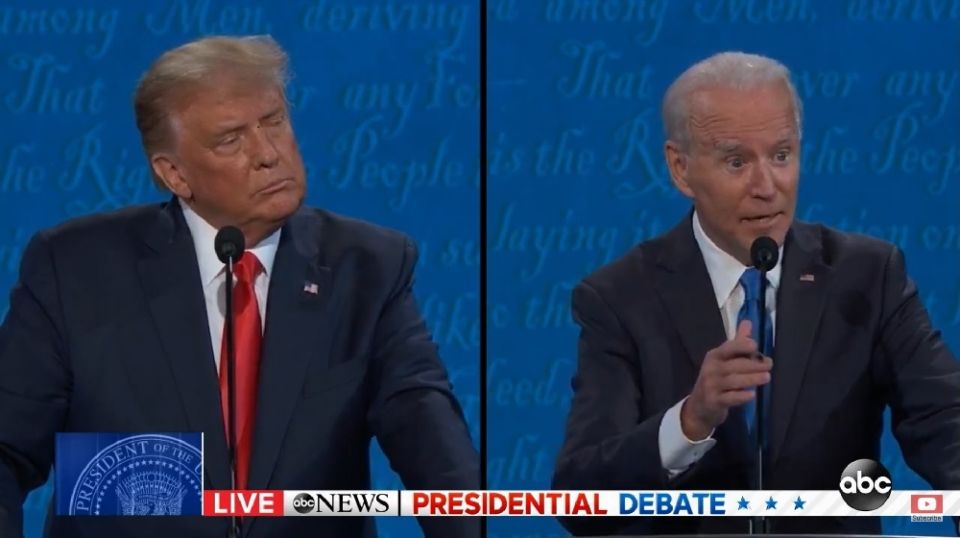 There was a clear winner in last night's presidential debate: NBC News' Kristen Welker, the moderator, did a great job keeping the two competitors on topic. Which means that the real winner was the American people who were able to see the two candidates as they wanted to be seen, making their final case to the American people.

The Commission on Presidential Debates is also is to be applauded for fulfilling a fantasy I suspect many Americans have entertained these past four years. Their decision to allow the moderator to turn off President Donald Trump's microphone promised to allow us all the satisfaction of seeing his lips move to no effect.

I confess I hoped to see Trump, like Ian McKellan after his arrest in "The DaVinci Code," screaming like a madman as he is taken away by the police, but no one could hear him. The president actually did not allow us that visual, and the mute button made him seem more reasonable than he is. I suggest that moderator Welker hand over the mute button to Dr. Anthony Fauci for use as needed.

The mute button was less of a challenge for former Vice President Joe Biden. Had I been involved in Biden's debate prep, I would have suggested that anytime he spoke into the microphone and it was cut off, he should look into the camera and make the American sign language sign for "I love you." He didn't need my coaching: Biden did not try and interrupt the president except during those periods when back-and-forth was permitted.

The order of the topics favored Biden enormously because the evening began with a discussion of COVID-19. Welker, accurately, prefaced the first question by describing the "dangerous new phase" the country is entering, and also noted that 16,000 Americans had died since the first debate on Sept. 29. Trump was evasive or worse, repeating phrases that were obtuse or worse: "This is a worldwide problem;" "We are rounding the turn;" "It is going away;" and "A vaccine will be coming in weeks." I do not think this pie-in-the-sky nonsense works any longer.

The president then gave Biden his first big opening when he complained about the situation in "Democrat-run states." The former vice president seized on the comment: "They are all Americans." Voters in the center of the electorate really, really care about bringing the country together. They are bound to be disappointed, but at least Biden spoke to their hope. That may have been the most important exchange all evening, and the post-debate focus group of North Carolina voters on CNN cited it as the single strongest moment for either candidate. When polled, nine of the group said Biden won, two said it was a tie. No one said Trump had won.

To make matters worse for Trump, he returned to the hyper-partisan theme and criticized the situation in Michigan where "her husband is the only one who is allowed to do anything." How many people understood what the hell he was talking about? If you watch Fox News, you might know that the husband of Gov. Gretchen Whitmer got tagged this summer for violating the shutdown rules his wife had implemented. If you do not watch Fox News, I suspect you were scratching your head. It did not help that Trump then went off on a weird attack about fundraising.

The debate then turned to a discussion of national security and began with reports on Russian and Iranian attempts to interfere with this election. Biden missed some opportunities in this round, but he was saved by the fact that Trump used the question to regurgitate tabloid and Fox News stories about alleged corruption by Biden. If you watch Fox News, they have been focusing nonstop on allegations that Biden's son Hunter was engaged in nefarious business dealings with foreign companies. Trump made the most outrageous claims about the allegations — "You made $3.5 million from Russia" — and I suspect less outrageous allegations might have had a better chance at sticking. He sounded like a mad man.

Trump's attack also gave Biden a clear opening. One of his strongest moments in the night came when he turned to the president and said, "Release your tax returns or stop talking about corruption."

You would have thought Trump's team had learned during last winter's impeachment proceedings that the American people care less about a president's dealings with foreign countries than they do about issues that impact their own lives. Just as most people could not relate to the central piece of evidence in the impeachment hearings — a phone call with a foreign leader — most people cannot relate to the central allegations against Hunter Biden. More importantly, I do not suspect that any undecided voter, especially a low information voter, had any idea what the president was talking about.

This worked for Trump four years ago. He repeated unsubstantiated allegations about Hillary Clinton, and people tended to believe it. At the end of last night's debate, the president was at his strongest when he complained that Biden had been in Washington for 47 years and had not managed to accomplish the many things he was now promising. "You are a politician," the president intoned. "You're all talk and no action." Had he hit that line of attack in the first half hour and not in the closing moments, it would have been more effective. 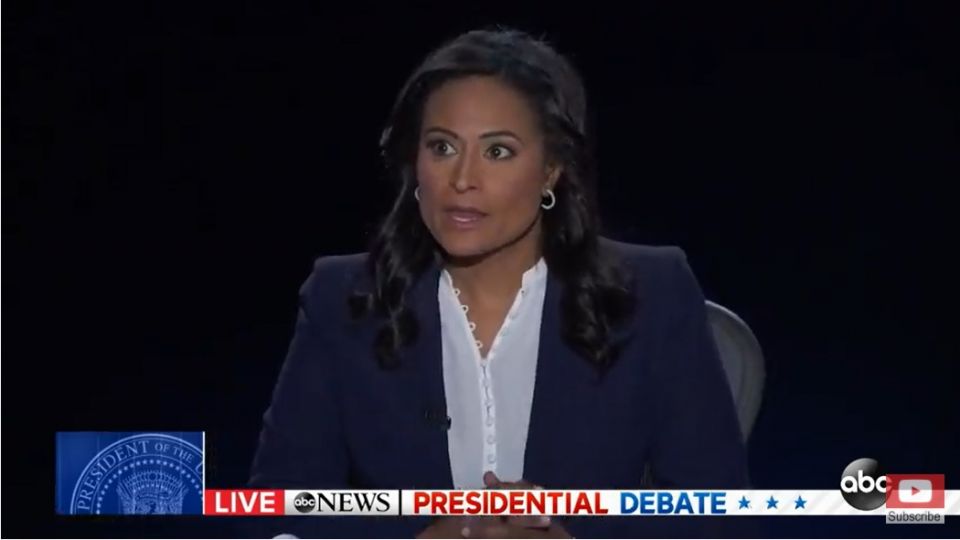 As debate moderator, NBC News' Kristen Welker did a good job with the new "mute" button so voters could hear what each candidate said. (NCR screenshot)

Trump scored some points on immigration, when he mischaracterized the "catch-and-release" program he cancelled, but the mischaracterization probably works well with low information voters. Biden also had some of his strongest moments when he criticized the family separation policy and the fact that the administration has been unable to find some of the parents and reunify them with their children, more than 500 children. Biden spoke in terms of family values, and Trump complained that the Obama administration had built the cages. Biden's empathy shone. Trump's penchant for conspiracy theories shone. Biden won that round.

The health care debate was another win for Biden precisely because of Trump's overreach. The president claimed "they will terminate 180 million private health care plans." Biden pointed out that in the Democratic primaries, he had defeated fellow Democrats who wanted to do that. Biden could have been sharper in this part of the debate, but his fundamental point hit home and will likely resonate with any still undecided voters: Trump keeps saying he intends to both abolish the Affordable Care Act (ACA) and protect those with preexisting conditions, but he has no plan to square that circle, no legislation pending to defend those who are covered only because the ACA is still law. As with COVID-19, people know healthcare affects them in very non-abstract ways, and Trump's lies are not likely to work.

In the last minutes of the debate, Welker asked about climate change. Biden went further than might have been prudent in saying what all reasonable people know, that we have to bring fossil fuel industries to an end. I suspect that in the days ahead the GOP will focus on his answer, and that a state like Texas will shift from the "toss-up" column to the "lean Republican" column. I will be very interested to see if the polls change in Pennsylvania, where fracking has created thousands of new jobs. Already, 1.3 million votes have been cast in the commonwealth.

Did the evening affect the race? If the polls are accurate, Trump needed to change the trajectory in the race, and I doubt he accomplished that. Throughout the night, he was speaking to his base, and when you are behind you need to get the fence sitters.

Trump was saner and more stable than in the first debate, a very low bar, but he needed to have a good night, and for Biden to have a sustained mental lapse — so he could raise questions about his ability to serve. That would have changed the trajectory, but it did not happen. There was no knockout last night, but the decision goes to Biden.

Column | Not a knockout, but Biden (and the moderator) won the final debate

Your thoughts on Chaput, Biden and Communion

Why is it so hard to force Donald Trump off the political stage?