Pro-life cause stymied, but not because of court decision 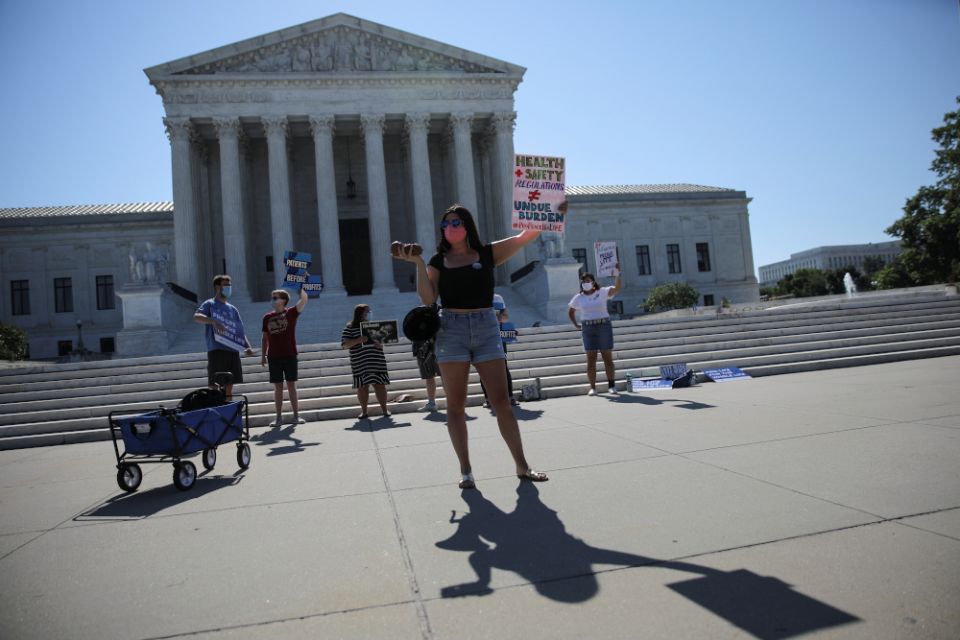 The U.S. Supreme Court's decision in June Medical Services v. Russo, striking down a Louisiana law that requires hospital admitting privileges for physicians who perform abortions in that state's clinics, was surprising and inconsequential. It is surprising because Chief Justice John Roberts sided with the court's liberals to reach the decision to overturn the law; and, it was inconsequential because these cases about restrictions on abortion access do not get to the heart of the matter. The pro-life movement needs to take three steps back and reconsider how it can and should seek to defend unborn human life.

These incremental approaches to overturning Roe v. Wade are not helpful. Normally, I am a fan of incrementalism, but on the issue of abortion, incrementalism entails too much dishonesty. You would have thought Monday's decision was the end of the world if you listened to some conservative critics. I wonder if we will hear calls for Roberts to be denied communion because of his vote.

On the other hand, you can be sure if the decision had gone the other way, pro-choice groups would have claimed the sky was falling. Incrementally chopping away at abortion with a variety of particular legal attacks does little to help women or their unborn children. It only serves to help pro-choice and pro-life groups raise money and meet their payroll. The symbiotic relationship these groups have created prevents compromise and poisons our political life.

Does anyone really believe that the conservative Louisiana legislators who drafted the now-overturned law were really motivated by concern for women's health? In a statement issued Monday, Archbishop Joseph Naumann, chair of the bishops' conference's Committee on Pro-Life Activities, said, "The Court's failure to recognize the legitimacy of laws prioritizing women's health and safety over abortion business interests continues a cruel precedent." The archbishop may genuinely be concerned about the health of women, but Republican politicians applaud the mistreatment of women if they are undocumented immigrants, and they support a president who is trying to overturn the Affordable Care Act, which provides prenatal care to millions of unborn children, so the moral credibility of GOP legislators cannot be stipulated.

The heart of the matter is whether we, as a society, are going to treat pregnant women with dignity and give them the support they need so that they never view a pregnancy as a burden.

The heart of the matter is whether we, as a society, are going to treat pregnant women with dignity and give them the support they need so that they never view a pregnancy as a burden. Will we restructure our society so that parenting is not a career ender? Will we make sure that pregnancy costs no more than an abortion? Will we have child support services so that a single mom does not have to carry the full weight of parenting non-stop, 24/7? John Carr, who was a longtime lead staffer on public policy at the bishops' conference, has always said we need to make abortion unthinkable before we make it illegal, and I think he is right. I do not see how the pro-life movement can or should move forward right now. We need a more propitious time and more propitious leaders.

But what to make of Chief Justice Roberts? In Monday's abortion ruling, the chief justice concurred in the result but not in the majority opinion. "I joined the dissent in Whole Woman's Health and continue to believe that the case was wrongly decided," Roberts wrote Monday. "The question today however is not whether Whole Woman's Health was right or wrong, but whether to adhere to it in deciding the present case."

The question was one of precedent because the Louisiana law was "nearly identical" to the Texas law the court had upheld. "The legal doctrine of stare decisis requires us, absent special circumstances, to treat like cases alike," the chief justice wrote. "The Louisiana law imposes a burden on access to abortion just as severe as that imposed by the Texas law, for the same reasons. Therefore Louisiana's law cannot stand under our precedents."

Now he gets all bothered about stare decisis?

In 2013, Roberts wrote the decision in Shelby County v. Holder that invalidated Section 5 of the Voting Rights Act. The decision had the effect of overturning the court's decision in the 1993 case Shaw v. Reno, and its predecessor Allen v. State Board of Elections in 1969, both of which upheld Section 5 of the Voting Rights Act as an appropriate deference to Congress. Roberts was not overly concerned about stare decisis there.

In 2018, Roberts joined the conservative majority in overturning a 1977 precedent in Abood v. Detroit Board of Education. That case permitted public employee union to recoup the cost of collective bargaining negotiations from those who did not wish to join the union and pay dues, but wanted a free ride by enjoying the services of the union's lawyers and negotiators. In Janus v. AFSCME, the Roberts court overturned Abood. The decision, written by Justice Samuel Alito, got to the heart of the stare decisis issue in the second paragraph of the decision, stating, "we recognize the importance of following precedent unless there are strong reasons for not doing so. But there are very strong reasons in this case. Fundamental free speech rights are at stake." Then, straying from the avoidance of outcome-based reasoning that the conservatives often allege the liberals to undertake, Alito added, "Abood was poorly reasoned. It has led to practical problems and abuse."

A long-term conservative political objective was secured. Why let a little thing like intellectual consistency get in the way?

Roberts is willing to overlook precedent when it suits him, but he wasn't willing to do so this time. Why? We could be cynical and assume that he knows this decision will rile up conservative pro-life voters, making it more likely Trump wins reelection, and that conservative legal activist Leonard Leo has four more years of vetting judicial nominees. Perhaps he simply made a mistake: At Our Sunday Visitor, University of Notre Dame legal scholar Richard Garnett opined, "The chief justice is right to emphasize judicial humility and to respect earlier courts' conclusions, but he erred in treating a four-year-old mistake as written in stone." Garnett did not offer any inside scoop as to why Roberts voted as he did.

Roe short-circuited a series of legislative debates that were then taking place in the country, and there is no going back. Our constitutional system is not great when it comes to resolving debates that are, at root, categorical: Is the unborn child a human person or not? Our libertarian culture would rather let individuals decide what to do, rather than demand the kind of equitable rearrangements of society to support mothers when they become pregnant and parents once a child is born. If we truly want to make sure that every child is "protected in law and welcomed in life," we have a lot more work to do than the kind of legal shenanigans that are currently consuming the pro-life and pro-choice movements.

I wish I could discern some humane way forward, but I can't. I conclude by associating myself with a statement published by El Paso Bishop Mark Seitz:

Ours is not a country that unambiguously welcomes life. We are the only developed nation in the world without paid leave for mothers and universal access to healthcare. In the United States, women continue to be objectified and marginalized in our economic, political, and social life. For many, to choose motherhood or fatherhood today is to choose a life of heroic sacrifice.

But we are deceived if we think that the taking of unborn life in the womb is of no moral consequence. Abortion also idolatrously robs God of the last word and forecloses on mercy and hope. And Jesus teaches that death can never have the final word.

We must resist the throwaway culture that marginalizes, depreciates, silences, and discards the vulnerable. From our migrant families in immigrant detention to the child entrusted by the hands of angels to new mothers, to those brutalized by the ugly practices of racism, to our forgotten parents and grandparents in nursing homes — let us never give up on life.

Column | Pro-life cause stymied, but not because of court decision

It's time to change the abortion debate in America