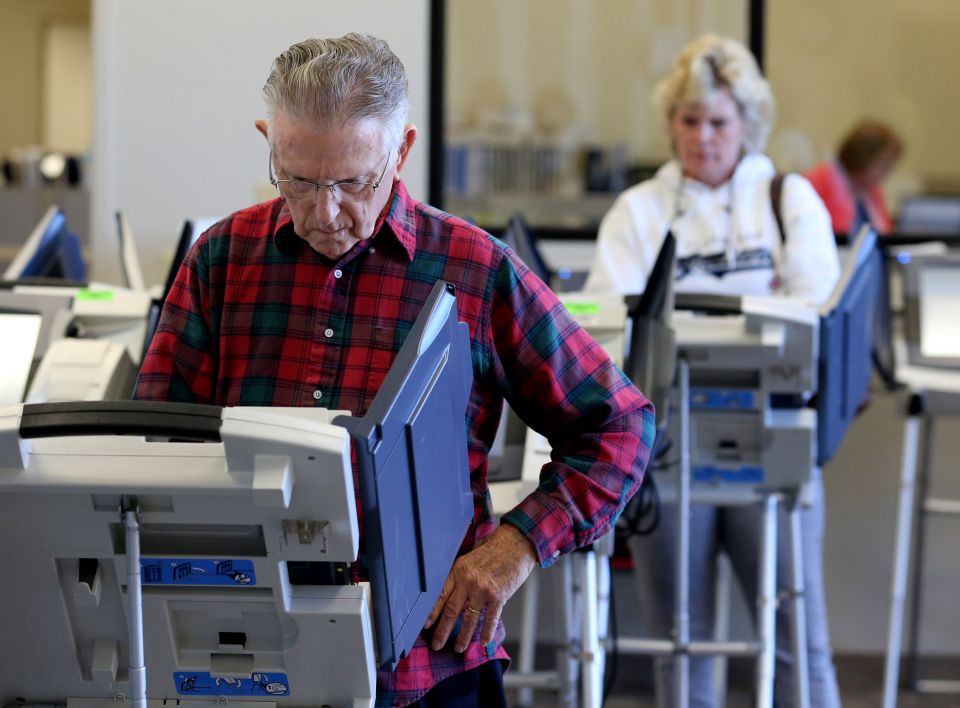 Wednesday, I wrote about the need for Democratic candidates, both presidential candidates and congressional candidates in districts that voted for President Trump in 2016, to help craft off-ramps for Trump voters who have come to question their decision to support Trump in the first place. Today, I want to highlight three issue areas that are especially fertile for helping Republican voters abandon the president.

The president ran as an economic populist, and his rhetoric remains focused on helping the little guy, but, apart from the issue of trade, he has governed like a typical Republican. The people Trump called "the forgotten Americans" were still forgotten when it came time to craft a tax reform bill. And, while it is time for Democrats to shed their "New Democrat" affection for purportedly free trade agreements that are secretly written by multinational corporations, they can still point out that Trump's foreign policy has crippled his trade policy. It is not just that he is erratic, which has a destabilizing effect per se. It is that you need allies, for example, in order to make China change its ways because if America enacts a tariff on soybeans, and Brazil doesn't, China will simply start buying their soybeans in Brazil. The manufacturing towns of the Midwest are still boarded up and the coal industry has not come back.

Any Democrat can make the case, then, that the president has not delivered on his promises. But, I do not see how pledging to return to the status quo ante will win an election. Nor can candidates whose careers have been closely linked to banks (Joe Biden), or pharmaceutical companies (Sen. Cory Booker), or big tech (Sen. Kamala Harris), effectively make a populist pitch unless they have a public "come to Jesus" confession, which may or may not be believable. Sen. Bernie Sanders and Sen. Elizabeth Warren are poised to be able to capitalize on Trump's being a phony and beat him at the economic populist game.

On immigration, the president's harsh anti-immigrant policies also present an opportunity for Democrats to poach Republican voters. Polls showed that while there is a stark partisan divide about immigration, two-thirds of Americans opposed Trump's family separation policy. Yet, in the lead-up to the midterms, as it became increasingly apparent that the GOP would likely lose control of the House, Trump doubled down on immigration. His fear-mongering was broadcast and seconded in the Fox News echo chamber and his rallies ate it up, but it backfired politically.

In addition, a University of Maryland Critical Issues poll dug a little deeper by asking: "When immigrants and their children are detained at the U.S. border for coming into the country illegally, do you think the U.S. should do everything it can to keep such families together, even if it means that fewer face criminal prosecution, or should the U.S. do everything it can to prosecute immigrants entering illegally, even if it means their families are separated?" Unsurprisingly, 87 percent of Democrats said the priority should be to keep families together. Fifty-eight percent of Republicans said the priority should be prosecuting illegal immigration, even if it means separating families. That leaves 42 percent of Republicans with qualms about the president's approach.

Telling Trump voters, "You may be concerned about the effects of immigration, but you did not vote for families to be separated, children from their parents, wives from their husbands," not only helps that 42 percent of Trump voters look for an off-ramp, it also strikes deeper, helping to point out the hypocrisy of Republican claims to be the pro-family party. Hitting Trump on family separation is a twofer, highlighting his bad policy and his lousy values.

Finally, there are the social issues. Every Democratic candidate and senior campaign staffer should have this article by Perry Bacon at FiveThirtyEight.com posted above his or her computer screen. I have called attention to it, and the research by Lee Drutman it cites, before. If the Democratic nominee needs to run to the center in the general election, they need to do so on social issues, not economic ones. A large slice of the electorate (28.9 percent) is broadly liberal on economic issues but conservative on social issues, while only a sliver (3.8 percent) is conservative on economic issues and liberal on social issues. There is a word for the views of those in the small, latter category: libertarian. Those of us who belong to the larger, former category could be called Pope Francis voters.

I wish the Democratic candidates would see how much their commitment to solidarity is weakened by an embrace of extreme positions on abortion. I regret that too many liberals have become intolerant of those who have religious qualms about same-sex marriage. It is not a sign of the party's health that you get scolded as a bigot if you raise pertinent questions about the effect transgender athletes are already having on women's sports. But, is it asking too much of Democrats to demonstrate that they are not completely beholden to the activist groups whose myopic focus earns the distrust and worse of middle America, of those of us who do not care to be "woke"? And, can they look for creative ways to evidence solidarity with women facing a crisis pregnancy so as to make choices other than abortion more possible?

The Supreme Court has already heard a case involving gay rights and has agreed to hear an abortion case later this term. So, simply downplaying social issues will not be possible and those cases will rile up those groups for whom these issues are paramount. If the Democrats want to achieve a decisive mandate to enact the kind of policies the country wants, they need to moderate on these neuralgic and divisive issues. Playing to the base may win you points on cable news, which is always filled with the most arch activists available, but the rest of us get really turned off and most Americans do not watch cable news to begin with.

No one can predict the future, but I suspect on both the economy and immigration, the Democratic nominee will follow the approach outlined above. I wish I had the same confidence about the party following my advice on the social issues. If the candidates are truly listening as they trek across rural parts of Iowa, New Hampshire, South Carolina and Nevada, they will know that what I say is true. They just need to find the courage to stand up to the extremists on their own team.

A version of this story appeared in the Nov 15-28, 2019 print issue under the headline: Republican voters, here's how to dump Trump .

What's God got to do with it?

Progressive millennials offer the church much hope and promise