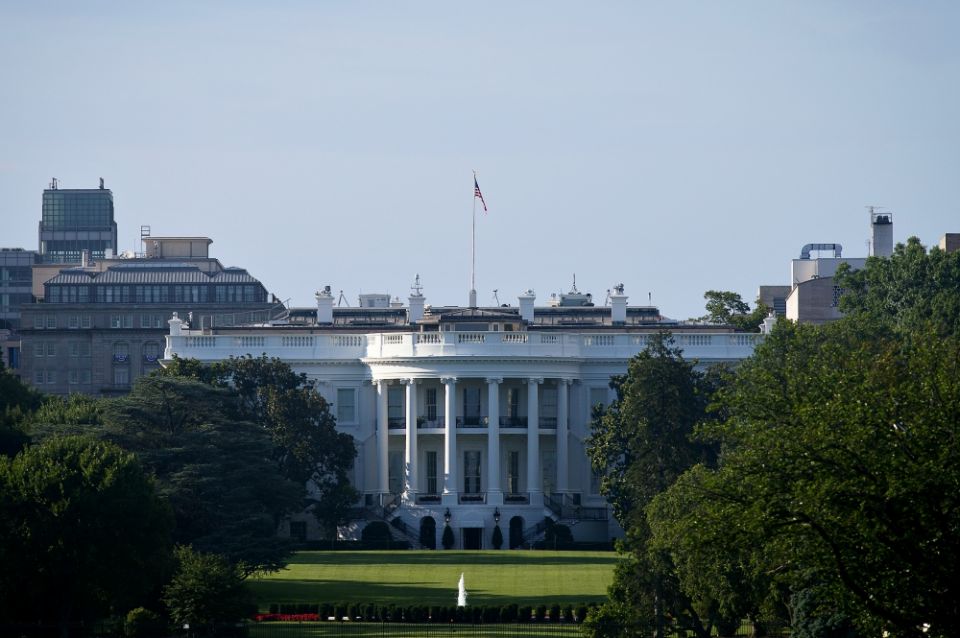 The White House is seen in Washington July 3. (CNS/Tyler Orsburn)

A new NPR/PBS NewsHour/Marist poll gives Donald Trump his highest marks since taking office, with a 44% approval rating. It is the kind of news item that makes one scared, especially because the poll was taken after the president's racist tweets directed at four progressive congresswomen. The previous poll had his approval at 42%.

To be sure, as the public begins focusing on the election, any election, people tend to revert to type, with people dissatisfied with their own party nonetheless concluding that it still deserves their loyalty because the party opposite is even more dissatisfying to them. The poll also indicated that the general electorate is not sold on the Democrats right now either. I would be surprised if Trump's approval rating does not inch up in the year ahead.

I am not sure Nate Silver would be surprised. At FiveThirtyEight, they track all polls, evaluating them based on which ones they think are more accurate and coming up with a weighted average. That number, 43%, is remarkably consistent over the past year.

And as we all learned on election night 2016, when a pollster talks about the margin of error, or estimates the likelihood a particular candidate will win or lose, we can't ignore the statistical possibility the pollster notes. You will recall that as election night began, Hillary Clinton had something like a two-thirds shot at winning, according to FiveThirtyEight, and as the night progressed, that number dwindled. Why? Because the two-thirds' estimate means that given the data, if you run a statistical model a thousand times, two-thirds of those times, she would have won. But, and it turned out to be a very big but, one-third of the times she didn't.

FiveThirtyEight also provides a useful historical comparison. So, for example, at this point in his presidency, Barack Obama's approval rating stood at 44.9% and George W. Bush's at 56%. Both men won reelection, and Obama won it more handily than Bush did. Ronald Reagan, who had a crushing reelection win in 1984, had an approval rating of 46.8% at this point in his presidency. So, there is a lot that can happen in a year in politics, and no one should think today's polls will remain constant.

This is especially the case with a president as volatile as the incumbent. He can dominate the news with a tweet, and his tweets often seem to come out of some weird psychological need, so they are difficult to predict. Nor is Trump like any other politician we have ever had. As I noted last week, a Trump political rally is not like any other political rally I have witnessed. Pat Buchanan's 1992 campaign was also built on resentments, but he lacked the performer's touch that Trump brings to the stage. It is weird, and it seems like a professional wrestling match more than a campaign event, but it worked in 2016 with enough voters that it got him into the White House.

Looking ahead, there is a key voting bloc that Democrats need to win: those who lean Republican and who didn't like Trump's character, but were willing to hold their nose and tell themselves that, once elected, he would grow into the role, that he would become presidential. He hasn't.

Those voters are there for the picking, but the very psychology that makes them want a president who is presidential will make them susceptible to Trump's claims that the Democrats "hate America." Someone who wants a president they can admire likely wants to admire their country too, and so while Democrats certainly can and should criticize parts of our social compact, they need to be seen to be launching that criticism in a familial way, with love, a call to the higher angels of our nature and steeped in the nation's own finest traditions.

The good news for the Democrats in the new Marist poll is that a variety of policy proposals are overwhelmingly popular: background checks for those buying a gun, Medicare for all as an option (as a mandatory measure, the numbers tank), raising taxes on the very rich, creating a pathway to citizenship for those in the country without papers. All of these capture more than 60% support. Getting rid of the Electoral College, reparations for slavery, free college and, as noted, mandatory enrollment in Medicare and abolishing private insurance are far less popular.

From the Catholic angle, all of the most popular policy items fall squarely within the bounds of Catholic social teaching. And Catholics remain a disproportionate percentage of the voting population in key swing states like Pennsylvania, Michigan and Wisconsin.

Beyond the Catholic portion of the electorate, Catholic social teaching roots its attitudes to particular political issues in a core commitment to human dignity and the common good, that is, into a morally coherent whole. In order to defeat Trump next year, that is precisely what the Democrats will need, a set of policy proposals that constitute a morally coherent vision for the nation's future.

It is shocking to me that even 43% of my fellow Americans can find reasons to approve of this president. Perhaps a morally coherent vision will not be enough to win the next election. But if it isn't, then it is time to look for another country.

Column | Tracking polls, looking toward 2020: A lot can happen in a year in politics