US billionaires will back anyone who isn't Warren, Sanders 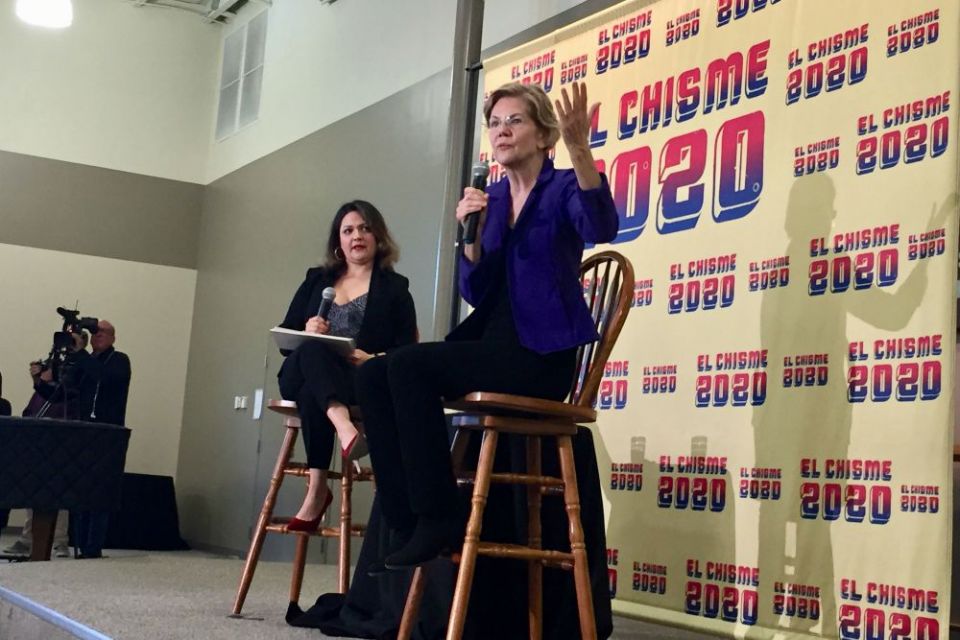 Sen. Elizabeth Warren answers a question posed by Priscilla Gonzalez of the advocacy group Mijente during a forum at a church in Raleigh, North Carolina, Nov. 8. (RNS/Yonat Shimron)

Former New York City Mayor Michael Bloomberg has been mulling a presidential run. Former Massachusetts Gov. Deval Patrick has already taken the plunge. We have already had several debates and even more town halls, so what is up with these late entrances into the race?

Former President Barack Obama gave a hint when he fretted on Nov. 15 that nominating anyone too radical would be bad for the party's chances against President Donald Trump next year. "The candidate's job, whoever that ends up being, is to get elected," Obama told a room full of wealthy liberal donors. "Even as we push the envelope and we are bold in our vision, we also have to be rooted in reality. The average American doesn't think we have to completely tear down the system and remake it." He finished his point: "They just don't want to see crazy stuff."

Another clue came in a story posted at Politico this week which began, "Democratic donors say they want Michael Bloomberg and Deval Patrick to run for president because they're petrified that a left-wing candidate can't defeat President Donald Trump."

With all due respect to the former president and to the Democratic donor class, this is hooey. The donor class is not afraid Sen. Elizabeth Warren will lose. They are afraid she might win. All things being equal, they would prefer someone other than Trump in the Oval Office. But anyone with a plan or two to limit their ability to add to their fortunes? That they cannot abide.

You do not need to gain access to the private frettings of the rich to recognize what is their real fear. If they are worried that Warren's wealth tax would doom her candidacy because it is so left-wing, they need to first explain why 60% favor such a tax, against only 21% who oppose it, according to a poll released in February after she had rolled out the plan. A majority of Republicans even supported it. Left-wing or not, that is one plan that will not keep Warren from the Oval Office. 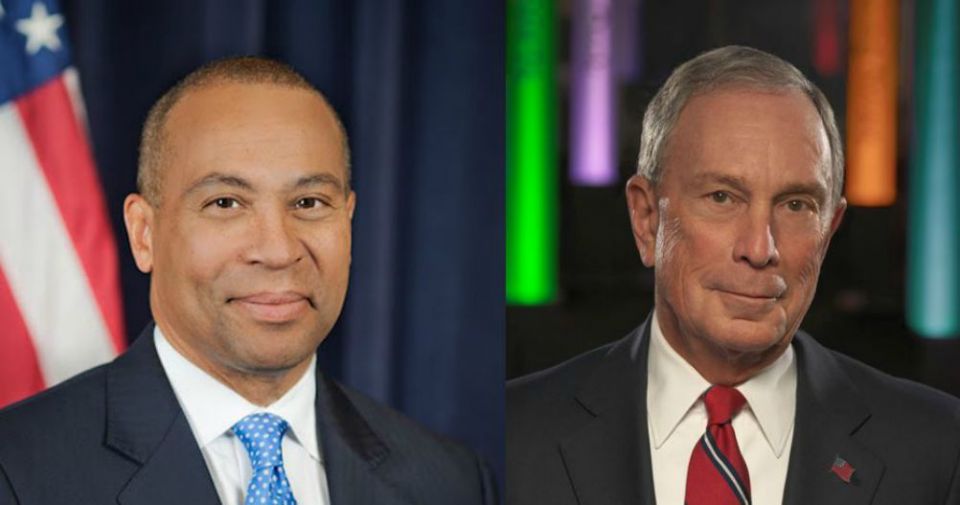 Only 46% of Americans have a positive reaction to the phrase "socialized medicine." Frankly, I thought the number would be lower. I fear that in a close election, first- and even second-generation Poles, Czechs and others from countries that were once behind the Iron Curtain, will turn against anything that bears the label "socialist." The Republicans will hurl that label at any Democratic proposals, not just at Medicare for All. It is imperative that Democrats point out that no one is proposing nationalizing or socializing health care. Your doctor will not work for the federal government. Catholic hospitals will still be Catholic hospitals. Only the means of delivering insurance will change: The overhead needed to run a private insurance company will go away. And the business model that pits your coverage against the insurance companies' profits will go away. As a consumer, you will likely have more, not less, choice. Ask your parents and grandparents if they like Medicare.

I confess that when Warren first rolled out her health care plan, I was worried. During the debates, she succeeded in discussing health care in very down-to-earth, pragmatic ways, focusing on increases in people's premiums and copays. By contrast, Sen. Bernie Sanders discussed Medicare for All in much more ideological terms, comparing our health care spending to that of other countries, a comparison way too abstract for an issue that touches people's lives so concretely. Now, however, Warren has rolled out an implementation strategy that takes account of the need to overhaul the system more slowly, honor the "Cadillac plans" many workers bargained for in exchange for lower wages, and basically communicate that she does not intend to cram her plan down people's throats. I breathed a huge sigh of relief.

New York University historian Timothy Naftali told The Washington Post, "For the first time ever, we are having a national political conversation about billionaires in American life. And that is because many people are noticing the vast differences in wealth and opportunity." That is not exactly true. In the first Gilded Age, the robber barons fought Theodore Roosevelt's reform efforts tooth and nail.

It is true that ever since Margaret Thatcher and Ronald Reagan embraced laissez-faire economic policies, abandoning the effort to control capital, capital has increasingly taken control of other parts of our civic life. Billionaires like it when they can dominate politics and the arts, and they insist on skyboxes at stadiums and private planes to take them hither and yon. But ours is a democracy, and unless the Democrats break the power of the billionaire class, the next Trump will be worse than the one we have. Unless we have a Democrat with the courage to break free from the clutches of the rich and well-connected, we will remain stuck merely tweaking a neo-liberal economic order that has failed as an economic proposition and as a political one.

The billionaires are scared all right. They will back Mayor Pete Buttigieg, Patrick, Bloomberg, anyone who can stop Warren or Sanders. And they will back Trump if it comes to it. They may not like his racism or his vulgarity, but they are terrified that their enormous wealth, and the status it conveys, will diminish. Cf. Matthew 6:24. They know which master they are serving.

Column | US billionaires will back anyone who isn't Warren, Sanders

Update: Presidential debate to go on as planned after labor dispute resolved