US church must repair its relationship with organized labor 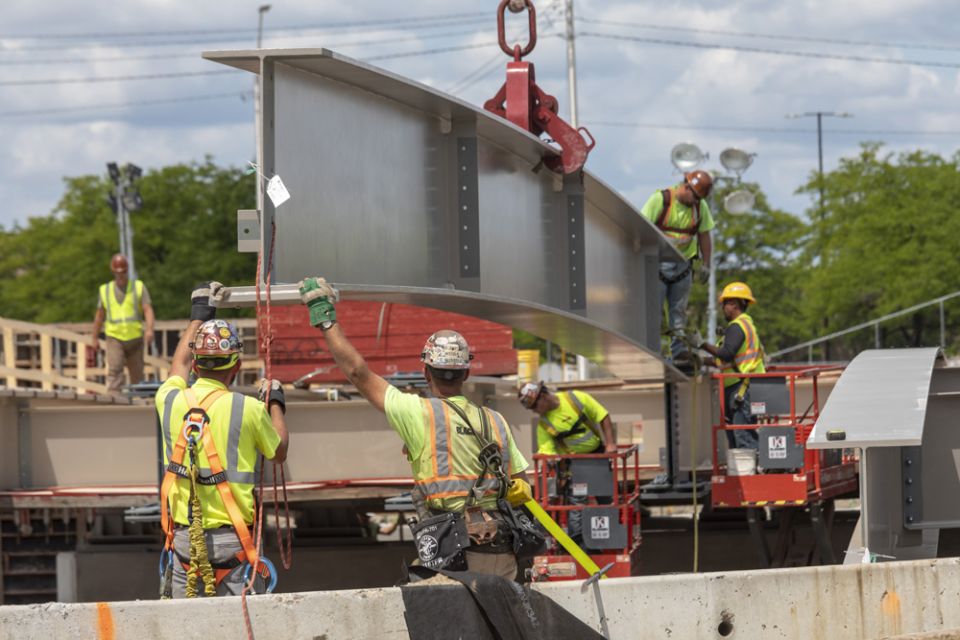 Yesterday was Labor Day. All of our national holidays have become times for friends and family to gather, which is fine, but it seems to me that of all such holidays, this is the one that has moved furthest from its original intent. On Memorial Day, there are wreath-layings and parades honoring veterans. On July Fourth some towns have readings of the Declaration of Independence in addition to the fireworks. Christmas Midnight Mass is always packed. But, Labor Day?

Democratic candidates like to remind the country that labor unions brought us the weekend, but they brought so much more. They pushed for an end to child labor. They made the case for minimum wage legislation — and continue to support raising that wage. They supported Social Security and Medicare and Medicaid. Labor unions have been a part of most progressive social legislation in the past 100 years.

The decline of organized labor is not merely coincidental with the rise of our hyper-financialized economy in which the only interests corporate leaders have cared about are the interests of the stockholders. As labor has declined, income inequality has grown. When labor unions are strong, workplaces are safe and when they are weak, workplaces become more dangerous.

In the past few years, a new and highly commendable approach to union organizing has emerged, common good bargaining. The goal is to unite public sector unions with the communities they serve behind campaigns that serve the common good. We saw an example of this in West Virginia where teachers went on strike not only for higher wages but to expose the many problems with public charter schools.

The development is not only important to the future of labor but could point the way forward on a variety of progressive lobbying campaigns: Instead of simply arguing for a group's interests, policies that support the common good are the object of the advocacy. Think of it as the counterpoint to the NIMBY ("not in my backyard") phenomenon in which, for example, wealthy liberals concerned about climate change nonetheless oppose offshore wind farms that might spoil the view from their summer mansions.

Last week, the United States Conference of Bishops published a Labor Day message from Bishop Frank Dewane, chair of the Committee on Domestic Justice and Integral Human Development. It was an excellent statement that noted this is the 100th anniversary of the Bishops' Program for Social Reconstruction, a seminal document on magisterial social justice teaching in this country's history. Taken largely from notes prepared by Fr. John A. Ryan, the text endorsed policies that would be enacted in the New Deal legislation of the 1930s.

The new statement reminded Catholics that the Catholic Church has long taught that wage suppression and corporate monopolies are contrary to justice and violate the doctrine of subsidiarity. It reminded Catholics of the priority of labor over capital and advocates for employee ownership of the means of production. If Dewane were to appear on any one of a number of Fox News shows, I am sure he would be called a socialist! And, the statement repeated the church's long-standing commitment to organized labor, without indulging the false idea floated by some conservatives that public sector workers do not enjoy the same right to organize as public workers. It was, as I say, an excellent statement. I wonder how much of it will be reflected in the material the bishops are preparing on properly forming consciences for citizenship?

I wonder, too, how many bishops will bring it up when they meet with the big donors to whom they turn for financial assistance. Bishops these days spend a lot of time at dinners and meetings with corporate managers and owners, and only a few have taken the time to get to know their local labor leaders. Repairing the once vibrant, and organic, relationship of organized labor of the Catholic Church should be a priority for the church in this country.

For too many years, it was left to Msgr. George Higgins to manage the church-labor relationship in an essentially ad hoc manner. After he died, the bonds atrophied. But there are signs of renewal. Fr. Clete Kiley of the Chicago Archdiocese, has been training priests in the principles of organized labor for years. As director of immigration policy at UniteHere, Kiley is at the head of the demographic curve for both the church and organized labor in the 21st century: The future of both organizations will be Latino or there will be no future. I was thrilled to work with Catholic University of America's Stephen Schneck and the AFL-CIO's Damon Silvers organizing the three "Erroneous Autonomy" conferences that brought union leaders, bishops, scholars and activists together to discuss our shared opposition to libertarian economics. In Boston, Cardinal Sean O'Malley installed solar panels at the chancery in suburban Braintree. The company that installed the panels, Brightfields, employed union labor. Last year, Cardinal Joe Tobin hosted AFL-CIO president Richard Trumka at Seton Hall at an event marking the anniversary of Pope Francis' election.

Ordinary Catholics can play a very practical part in restoring the church's role in elevating the dignity of labor. That new renovation project to the parish hall? The roof that needs replacing? The new wing to a diocesan center? The new suburban church you're being asked to donate funds toward? You and your fellow parishioners can send letters and make inquiries at the parish and diocesan level to make sure the work is being done by union labor.

It is my hope this Labor Day that a thousand flowers will bloom on the church-labor front. No two institutions are more committed intellectually and morally to solidarity in our society which suffers from such an obvious deficit of solidarity. No two institutions have a prouder tradition of standing up to the moneyed interests. Their future together could be very bright. A future without such collaboration would be dimmer for both. Solidarity forever needs to become more than a song or a mantra. It needs to become the modus Vivendi for our society and, if it does, it will be because organized labor and the Catholic Church will have renewed their organic bonds.

Column | US church must repair its relationship with organized labor