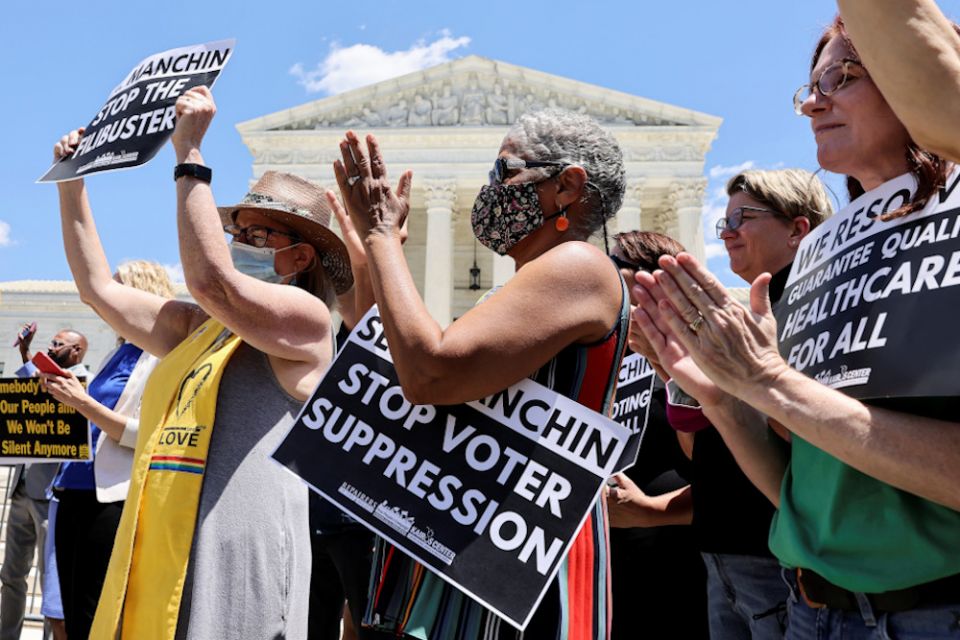 The great state of Texas opened a special session of its legislature yesterday, called by Republican Gov. Greg Abbott, and set to focus on voting restrictions, critical race theory and rules for transgender athletes. Call it the "Fox News special session" because these issues are the nightly fare on the rightwing cable channel. The governor is also offering to a chance to restore funding to the legislative branch, something he vetoed last month.

The regular session of the legislature ended in dramatic fashion in May when the chair of the Democratic House Caucus, Rep. Chris Turner, sent a text to fellow Democrats with only hours left in the session: "Leave the chamber discreetly. Do not go to the gallery. Leave the building." The Democrats did so and the House found itself without a quorum. There could be no vote on the controversial voter restrictions bill. Republicans were furious.

Abbott has now acquired primary challengers, all from the right, all claiming he is insufficiently in tune with former President Donald Trump's "America First" agenda, so the inclusion of some red meat conservative items on the special session agenda was predictable.

But the Democratic walkout also increased the degree of scrutiny being applied to the voter restrictions bill and apparently scuttled two last-minute additions to the proposed law. One was a ban on early voting on Sunday before 1 p.m., designed to interfere with "souls to the polls" efforts common at Black churches in the South. This was especially ugly because it targeted Black voters whose right to vote had so long been denied. Had the U.S. Supreme Court not vitiated the Voting Rights Act in its 2013 decision Shelby County v. Holder such changes would have been unthinkable and never would have met the preclearance standards applied by the U.S. Department of Justice under both Democratic and Republican presidencies.

The other, even more pernicious provision allowed judges to toss election results without finding any evidence of fraud. The authors of those measures now disown them, calling the latter "horrendous policy." Indeed it is, or would have been.

Earlier this week, MSNBC commentator Lawrence O'Donnell hosted John Bucy and Julie Johnson, two of the Democratic state legislators who participated in the walkout. "It is a huge win because that provision was critically important. They changed the standard of proof that one has to prove and then they removed any evidentiary requirements of actual fraud to overturn an election," said Johnson, referring to the amendment that would have allowed a judge to toss election results.

She added, "So by us standing up, walking out, taking the stance that we did as Democrats, I`m really glad that we were able to highlight the absurdity that this provision would bring on our democracy and that we were able achieve this result."

As a general rule of life, laws designed to address a problem that does not exist, such as widespread voter fraud, are hostile to reason or cloak more sinister rationales.

There is still plenty in the remaining bill that is obnoxious to the values of all small-d democrats. Legislatures, to say nothing of non-partisan apple-pie-groups like the League of Women Voters, have historically striven to make it easier to vote, not to make it harder. Some provisions, like requiring a government-issued photo I.D., adversely affect poor, urban voters who may have no need of a driver's license and have a difficult time getting to the suburban offices where one can be acquired. Others, like shrinking the times and locations for early voting have a similar effect.

As a general rule of life, laws designed to address a problem that does not exist, such as widespread voter fraud, are hostile to reason or cloak more sinister rationales. It is pretty clear that Republican-controlled legislatures in our day are pushing these voter restriction laws to make it easier for them to retain power, and to satisfy the former president who continues to push the fantastic lie that the 2020 election was stolen.

These challenges to democratic karma, however, might not go unpunished. Before the 2018 election, the state of Georgia had enacted some unnecessary and similarly offensive voting restrictions, and the restrictions had the desired effect. Georgia's requirement that voters register 29 days before the date of the election had the effect of barring 87,000 residents from voting in 2018. 5,900 of them would have been able to vote in Georgia's increasingly diverse 7th congressional district where Republican incumbent Rob Woodall narrowly held on to his seat, defeating Democratic challenger Carolyn Bourdeaux by only 433 votes. In 2020, Woodall decided not to seek reelection and Bourdeaux won the seat by more than 10,436 votes. 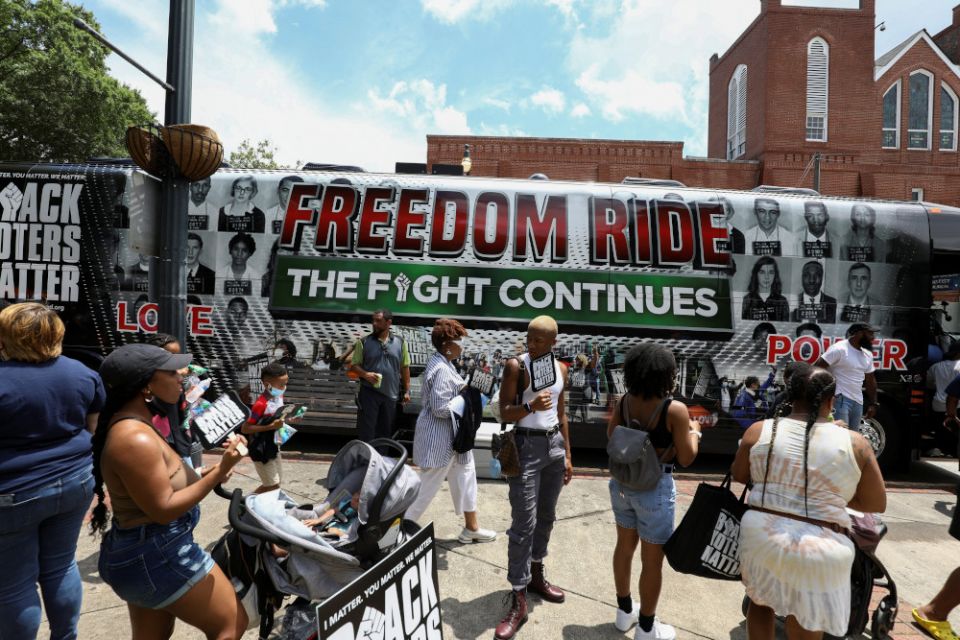 People in Atlanta gather in front of a tour bus at Ebenezer Baptist Church June 21 during a stop on the Freedom Ride for Voting Rights, sponsored by Black Voters Matter. (CNS/Reuters/Dustin Chambers)

Statewide, Democratic nominee Stacey Abrams lost the 2018 gubernatorial contest to Republican Brian Kemp by only 54,723 votes. No one can assume that all 87,000 voters who registered after the deadline would have voted for the Democratic candidates, but the restrictions left enough of a bad taste in the mouths of Georgia Democrats that they redoubled their efforts to get people registered to vote, registered on time, and to mount an effective ground game in 2020. The effort not only delivered the 7th congressional district seat to the Democrats, but also delivered the Peach State's 16 electoral college votes to Democrat Joe Biden. Two months later, the state's two U.S. Senate seats flipped from Republican to Democratic control.

"Stacey Abrams made it her business to go out and register people of color," Andra Gillespie, a professor of political science at Emory University told Reuters after the contests. "She went out and registered thousands of people to vote and then created the tools to help remind them about the election process."

The wind at her back came from the fact that people do not much like it when others try and deny them their right to vote. Campaign organizers had to check and doublecheck, all the while building the momentum that turned the state blue.

The Republicans, then, are playing with fire in two senses. By claiming, falsely, that their efforts to restrict voting are needed to combat voter fraud, they undermine the legitimacy of democracy in the minds of many. But, when you try and take away another person's rights, do not be surprised if they fight back.

"If you strike at the prince, make sure you kill him," was Machiavelli's sage advice. In America, the people are the prince, and Texas Republicans may, like their Georgia counterparts, motivate large numbers of voters and energize campaign organizers in ways no Democrat could.

The Texas voter restriction bill is bad law, but it might turn out being great politics — but not for the party that is pushing it.