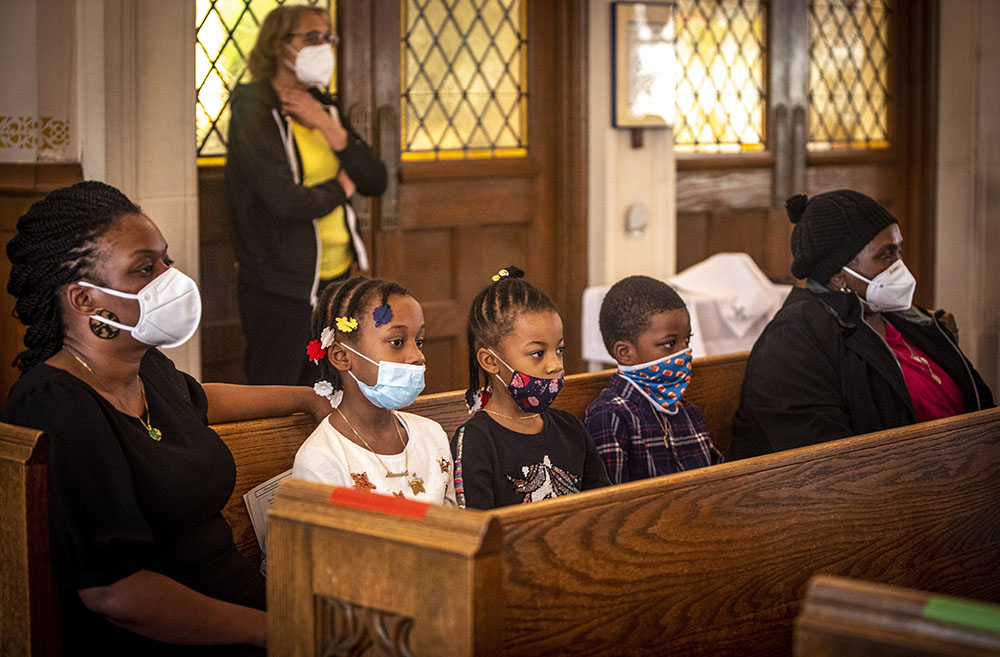 The report on "Black Catholics in America," released on March 15 by the Pew Research Center, is a wealth of information, providing insights into a community of more than 3 million members of the U.S. church.

Among the findings: Wide majorities of Black Catholics oppose sexism and discrimination against women (75%), are accepting of homosexuality (78%) and say immigrants strengthen society (86%).

Perhaps not surprisingly, more than three-quarters of Black Catholics say that opposition to racism is essential to being a Christian for them. And they're right: Anti-racism is essential to our Catholic faith, as Jesus' witness and teachings affirm the dignity and equality of all human beings.

So why aren't our churches talking more about racial justice?

According to the survey data, gathered in 2019-20, only two in five Black Catholics had heard a homily, lecture or group discussion at church about race relations or racial inequity in the past year. Something seen as essential to the faith was rarely mentioned.

Should we be surprised, then, that nearly half of the Black respondents who were raised Catholic no longer identify as such?

As NCR contributor Tia Noelle Pratt wrote in her reflection on the survey, "these shocking, but not surprising, numbers will add up to losing Black Catholics if we don't see our church fighting with, and for, us for racial equality."

The threat is even greater among younger Black Catholics, whose generation is already moving away from organized religion. Pew's 2021 broader study on "Faith Among Black Americans" found that nearly half of Black young adults in Gen Z seldom or never attend religious services.

What's worse is that even fewer non-Black Catholics are hearing about racism from the church. Only 29% of Hispanic Catholics and 18% of white Catholics had heard homilies or discussions about race at their parish, according to Pew.

This is especially troubling, given that other surveys have found that white Christians — including Catholics — are consistently more likely than religiously unaffiliated whites to deny the existence of structural racism. Not to mention that more than half of white Catholic voters supported Donald Trump, in spite of, or sadly perhaps because of, his racist rhetoric.

We agree with Pratt: "Concrete action must be taken now." The church must do more to proclaim its message of racial justice, in homilies and in statements from bishops and the bishops' conference. The church also must do more to prioritize racism among other social justice issues. Perhaps the bishops could actually implement "Open Wide Our Hearts," their pastoral letter against racism.

A version of this story appeared in the April 1-14, 2022 print issue under the headline: Survey prompts need for prioritizing racial justice.