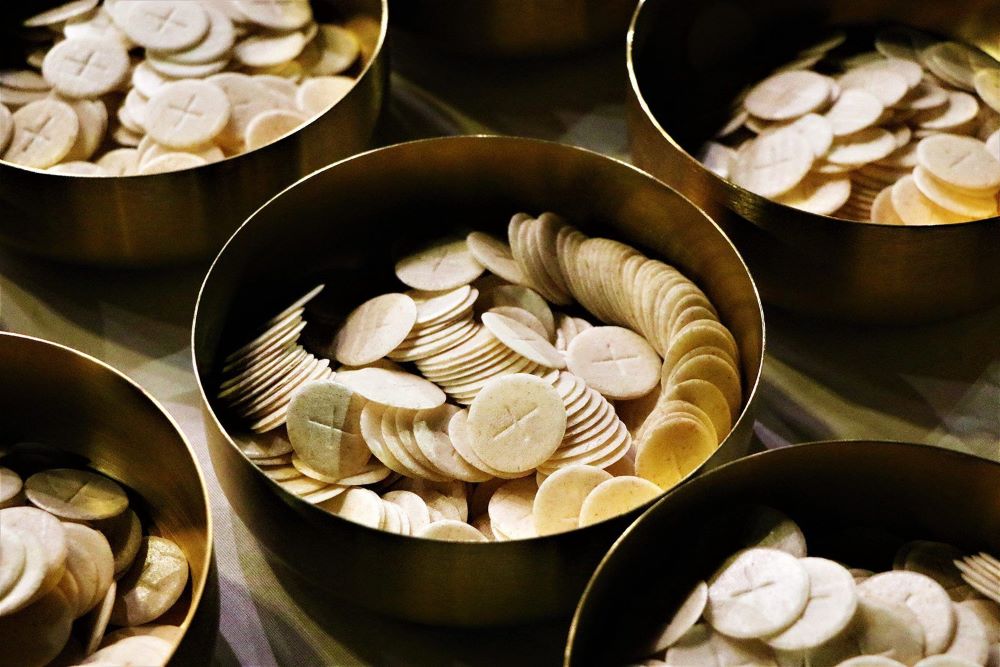 Sadly, one of the things Catholics fight over is the Eucharist. In his June 29 apostolic letter to the Catholic people, Pope Francis decries this division while describing the Eucharist as the sacrament of unity.

The letter, Desiderio Desideravi ("I have earnestly desired"), gives full-throated support to the liturgical reforms of the Second Vatican Council, which called for full, conscious and active participation of the laity in the Eucharist. Francis is clearly saddened by those who reject the reforms that the council found absolutely necessary.

The pope has allowed himself to be distracted by dissenters, focusing on the concerns of a small but vocal minority opposed to the reforms of the council.

The Eucharist is essential to the life of the church, according to Francis' letter. In the Eucharist, "we are guaranteed the possibility of encountering the Lord Jesus and of having the power of his Paschal Mystery reach us," he wrote. But this is done not as individuals but as a community: "he liturgy does not say 'I,' but 'we.' "

He connects the Eucharist to Pentecost, when, according to the Book of Acts, the Christian community received the Spirit after Jesus ascended to heaven. "It is the community of Pentecost that is able to break the Bread in the certain knowledge that the Lord is alive, risen from the dead, present with his word, with his gestures, with the offering of His Body and His Blood," he wrote. "Only the Church of Pentecost can conceive of the human being as a person, open to a full relationship with God, with creation, and with one's brothers and sisters."

"Liturgy is about praise," requiring docility to the Holy Spirit, who appeared on Pentecost in the form of tongues of fire on the apostles' head. The pope said, "It does not have to do with an abstract mental process, but with becoming Him." He cites Pope Leo the Great, who wrote, "Our participation in the Body and Blood of Christ has no other end than to make us become that which we eat."

Francis does not want the Eucharist to "be spoiled by a superficial and foreshortened understanding of its value or, worse yet, by its being exploited in service of some ideological vision, no matter what the hue." The art of celebrating the Eucharist "cannot be reduced to only a rubrical mechanism, much less should it be thought of as imaginative — sometimes wild — creativity without rules."

Both types of celebrants tend to make themselves, rather than Christ, the center of the liturgy. 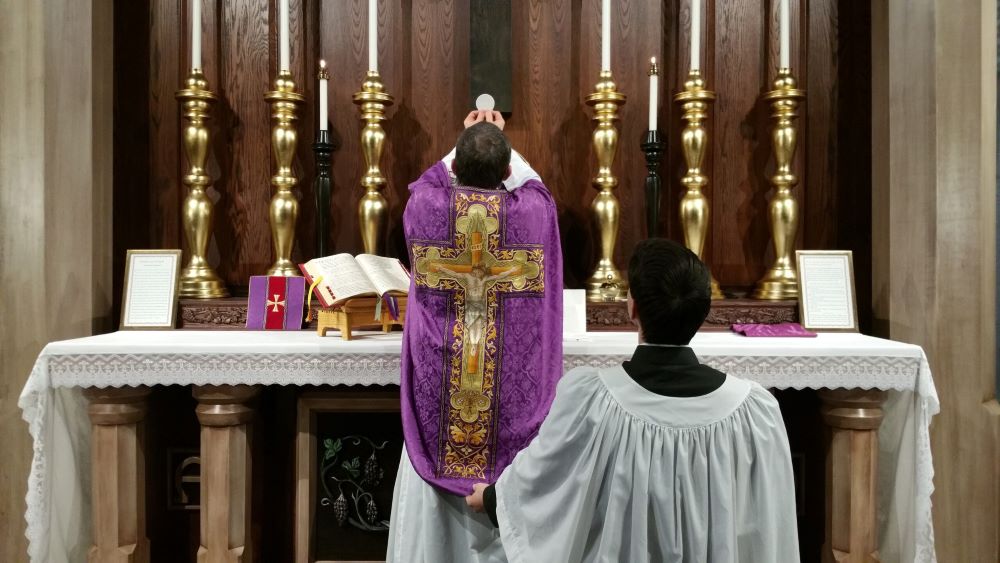 A priest elevates the Eucharist after consecrating it during a Latin Mass. (Creative Commons/ Andrew Gardner)

Francis speaks extensively of the paschal mystery but distinguishes this from "the vague expression 'sense of mystery,' " which conservative critics say was removed from the liturgy by the reforms.

"The astonishment or wonder of which I speak is not some sort of being overcome in the face of an obscure reality or a mysterious rite. It is, on the contrary, marveling at the fact that the salvific plan of God has been revealed in the paschal deed of Jesus (cf. Eph 1:3-14), and the power of this paschal deed continues to reach us in the celebration of the 'mysteries' of the sacraments," the pope wrote, referring to the Letter of Paul to the Ephesians.

Francis' letter contains numerous quotable lines, like those cited above, that can inspire and educate Catholics in their participation in the Eucharist, but despite Francis' intentions, this letter will be more helpful to seminary professors than the faithful at large. It is filled with exhortations on the necessity of liturgical formation, but it is not itself a catechetical work.

The letter is a heartfelt cry to end the liturgical wars and enter into the mystery of Christ's death and resurrection. Francis explicitly notes this in his first line by linking it to his 2021 motu proprio Traditionis custodes, which put limits on the celebration of the old rite.

"The non-acceptance of the liturgical reform," he writes, "distracts us from the obligation of finding responses to the question that I come back to repeating: how can we grow in our capacity to live in full the liturgical action? How do we continue to let ourselves be amazed at what happens in the celebration under our very eyes? We are in need of a serious and dynamic liturgical formation."

In truth, this is why I do not find the letter all that helpful, because he never fully answers these questions. The pope has allowed himself to be distracted by dissenters, focusing on the concerns of a small but vocal minority opposed to the reforms of the council. This makes the letter of little interest to the vast majority of Catholics who do not oppose the reforms, but need to be drawn deeper into the mystery of the Eucharist.

Sadly, there is much ignorance among Catholics (including bishops and priests) about the Eucharist. Too many Catholics still think that the purpose of the Eucharist is to make Christ present on the altar so that we can adore him.

That is fine for Benediction, but the Eucharist is where the Christian community remembers the life, death and resurrection of Jesus, gives praise and thanks to the Father, unites itself with the sacrifice of Christ and asks that the Spirit transform us into the body of Christ so that we can continue his mission on earth.

This is the heart of the Eucharist as seen in the eucharistic prayer proclaimed at Mass.

Francis, we need another letter, one that helps the average Catholic understand and participate in the Eucharist.

A version of this story appeared in the Aug 5-18, 2022 print issue under the headline: Eucharist: Sacrament of unity and source of division.