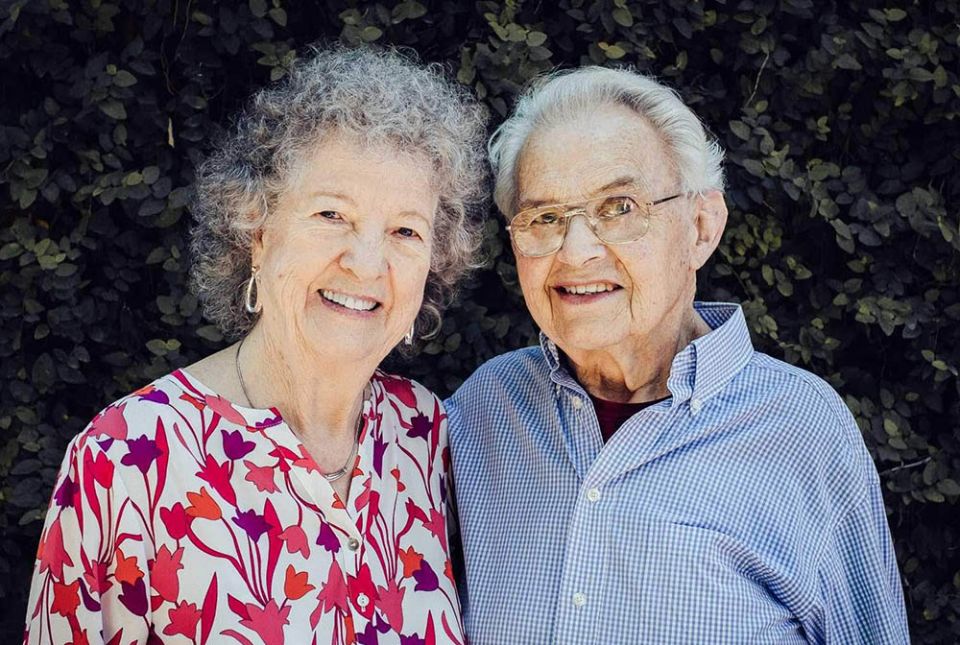 It really wasn't his intent to die. Just no other options. For 15 years, he had outlasted the cancer that was supposed to take him in a year. All the while, he protested on street corners, testified for or against legislative bills, wrote countless letters, went fishing, rode his bike all over town and played ice hockey. Attitude, he said, was everything.

A daily communicant, John was a person of faith and action who took "Love your neighbor" seriously. Even if the cause he championed was unpopular or ahead of its time or iconoclastic, he persisted. He'd challenge the powers-that-be because he simply expected them to do their best. He thought that if one were reasonable and direct and grounded in love, the challenge was worth the effort.

John grew up in the Omaha Czech community, went to seminary in Missouri and studied in Rome. Marching on March 7, 1965, at the second crossing of the Edmund Pettus Bridge in Selma was his call to a life of activism. John never stopped marching.

He left the priesthood in good standing to pursue graduate work at the University of Notre Dame, studying social work — and capped it off with a doctorate in anthropology and sociology. There, he and former Benedictine nun Jean Gettelfinger met and married.

Back in Nebraska, while teaching, first at Kearney State and then at Nebraska Wesleyan, John and Jean, whose doctorate is in medical anthropology, had three children. The children went along with them on long field trips to Mexico. 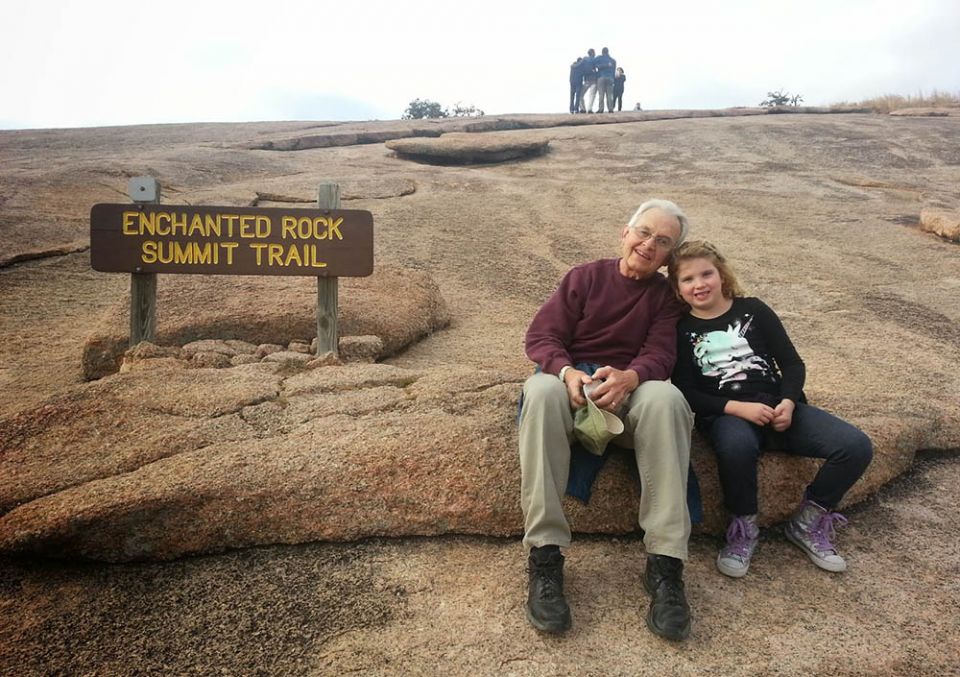 John also worked among the Omaha and Winnebago tribes, served on the board of Nebraskans for Peace, was active in the local NAACP and supported the United Nations Association's Model UN.

He was a frequent letter writer to newspapers, heads of church and state, and anyone else who he felt wasn't fully informed. He was on the street in vigils against the death penalty or protesting this or that war or liquor sales in communities bordering Indian reservations.

In 2002, John and six other Nebraskans for Peace members stood with their heels in the rose garden outside Nebraska Gov. Mike Johanns' mansion and drank high potency malt liquor. Cited for misdemeanors for consumption of alcohol on public property, they were arrested, found guilty and fined $200. This carefully orchestrated demonstration protested inequity in law enforcement.

While public consumption of alcohol was not tolerated in tidy Lincoln, tiny White Clay, Nebraska, just off the Pine Ridge Reservation, had a population of 11 people — and four liquor stores, minimal law enforcement and all the horrors of skid row. Those liquor stores thrived there until finally, in 2017, after more public outcry, two movies and a book, the Nebraska Liquor Commission shut them down.

John also marched in support of LGBTQ+ rights and Black Lives Matter. In his last years, he was especially active in prison reform and assisting reentering felons. He and Jean own a small place near their house which they made available to people who had served time.

Even after he retired from Nebraska Wesleyan, John was teaching by doing. Word of his death touched many former students and street corner activists who had learned by watching him. Seemingly fearless, undaunted by titles and ever mindful of the value of one human life, John taught. The lessons were factual and ever grounded in courage and tenacity. He was irascible.

Besides working to better the lives of people who are disadvantaged or discriminated against, in 1996 John was a founder of Call to Action Nebraska, a local chapter of the national church reform group. The CTA was an outgrowth of meetings of bishops seeking to guide Catholic laity in taking on responsibilities inherent in Vatican II. By 1996, CTA nationally had morphed to be largely a lay group, primarily intent on reforming the Catholic Church.

For joining CTA, the Nebraska group was summarily excommunicated by then Lincoln Bishop Fabian Bruskewitz. It was called "extra synodal legislation." No names were named. Simply put, if you were a member of Call to Action by a certain date, you were excommunicated.

The Lincoln Diocese was and is the only diocese to level the church's most extreme punishment on members of CTA. After months of dialogue with current Bishop James Conley, that excommunication remains in effect today. Nonetheless, John Krejci didn't think for one minute of leaving the Catholic Church nor did he recognize the validity of the excommunication.

John died at home on Aug. 11, 2021. He was 84 years old. He blessed all that he did with a spark of life. He knew goodness and truth when he saw it and had the courage to speak up when he didn't see it.

May he rest in peace. No, wait. That might be boring for him. Rephrase that: May he find heaven to be as wondrous as he always knew it would be. 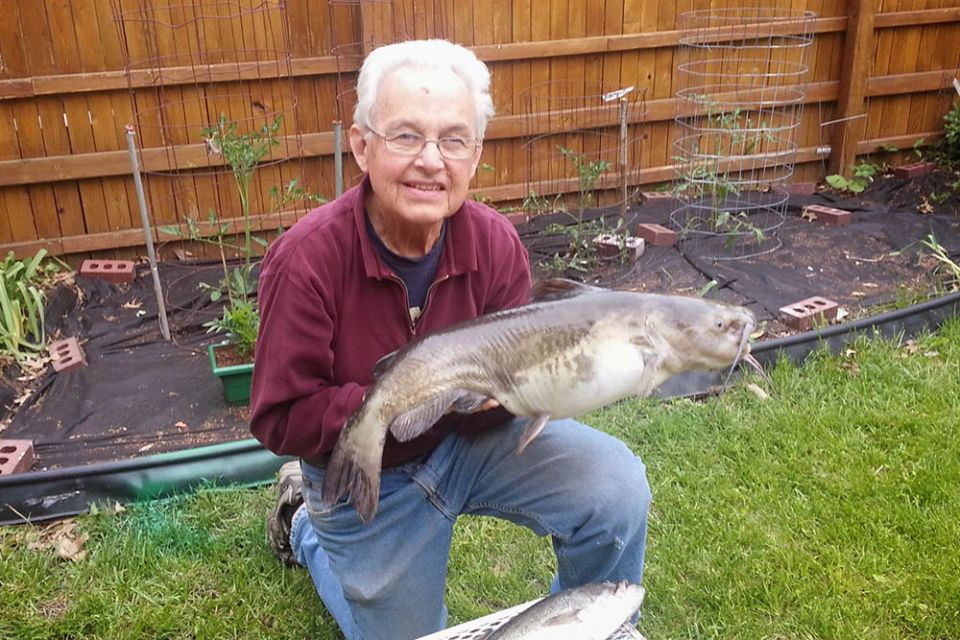 John Krejci, an avid lakeshore fisherman, with one of his catches (Courtesy of Jennifer Krejci) 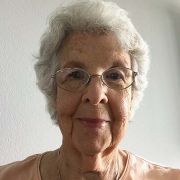 Carol McShane is an NCR subscriber. She is a registered nurse in private practice in Lincoln, Nebraska. A member of Call to Action Nebraska, she, her late husband, Jim, and other CTA Nebraska members have protested their 1996 excommunication six ways to Sunday. Ever the optimist, she still expects it to be lifted.

Opinion | Excommunicated or not, Call to Action leader served his church, community