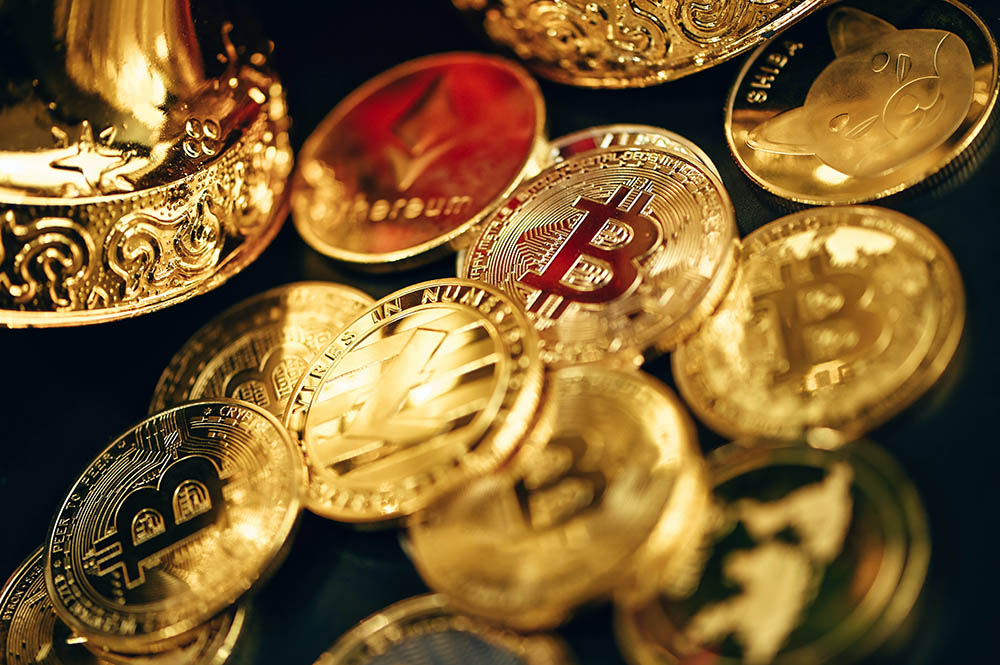 Cryptocurrency has been in the news a lot lately. The cryptocurrency market has been on a rollercoaster for two years, but has mostly been crashing since January, according to The Guardian. Three Arrows Capital, a crypto hedge fund, went bankrupt and the fund's founders are missing, according to a court filing made last week. This week, the Vermont Department of Financial Regulation issued a warning that cryptocurrency lender Celsius was "deeply insolvent."

I keep a dictionary on my desk, the 1966 Random House Dictionary of the English Language. It defines "crypto-" as "a learned borrowing from Greek meaning 'hidden,' 'secret,' used in the formation of compound words: cryptograph." Excuse me for thinking that the dangers inherent in combining "hidden" and "secret" with "currency" should be self-evident.

The whole idea of currency is that it is public and reliable, making possible exchanges across a range of persons, situations, interests, ideologies and cultures. Technology can only go so far in compensating for this flaw: Crypto is designed to be nongovernmental and, just so, invites all the pathologies of early 21st-century capitalism.

The book Neighbors & Strangers: Law and Community in Early Connecticut by Bruce Mann brilliantly examines the ways contract and debt law evolved in colonial Connecticut from the mid-17th century until the mid-16th century, and it largely focuses on the ways the legal system developed public, accountable, non-private, not secret means of enforcing contracts as trade expanded from exchanges between neighbors to a worldwide system of exchange. (I know, I know — what could be more boring than a book about the development of credit law in colonial Connecticut, but the book is really, really fascinating!) The same dynamics that applied to those legal developments then apply today.

So, when "cryptocurrency" first became a thing a few years ago, my Connecticut ideological roots said, "Don't even think about it." They do not call our state "the land of steady habits" for nothing!

What is more, it quickly became obvious that the champions of cryptocurrency espoused the kinds of libertarian views I had long viewed as anathema to Catholic social doctrine. Ian Bogost, writing in the Atlantic in 2017, observed:

Bitcoin is an expression of extreme technological libertarianism. This school of thought goes by many names: anarcho-capitalism (or ancap for short), libertarian anarchy, market anarchism. Central to the philosophy is a distrust of states in favor of individuals. Its adherents believe society best facilitates individual will in a free-market economy driven by individual property owners — not governments or corporations — engaging in free trade of that private property.

So, the proponents of cryptocurrency were those who, having experienced the economic meltdown of 2008, which even Alan Greenspan said was due largely to the market's inability to self-regulate, concluded that the problem was too much regulation.

Currency has long been understood as an attribute of sovereignty. One of the earliest debates in our young republic had to do with the issuance of currency, and whether that power resided with the individual states or with the federal government. Article I, Section 8, Clause 5 of the Constitution awarded the power to the federal government. "The Congress shall have the power … To coin Money, regulate the Value thereof, and of foreign Coin, and fix the Standard of Weights and Measures."

A truly pernicious bill, with bipartisan support, proposes to regulate cryptocurrency but also pretends it is more like real currency than it is, and extends some of the protections the Federal Reserve systems provide to banks to cryptocurrency markets. Why should the hard-earned dollars of taxpayers go to offer a shred of protection to anarcho-capitalists and those they duped? Let them enjoy their libertarian paradise, and enjoy the consequences, good or bad.

People who deny there is any such thing as the common good should not be permitted to benefit from those governmental instruments for achieving the common good that the rest of us have established through our legislatures and Congress through the years.

Paul Krugman, writing at The New York Times, noted, "While the crypto industry has never managed to come up with products that are much use in the real economy, it has been spectacularly successful at marketing itself, creating an image of being both cutting edge and respectable. It has done so, in particular, by cultivating prominent people and institutions."

Ours is a time in which the concept of truth is imperiled. Call me an old-fashioned, stiff-necked liberal, but I worry when White House officials talk about "alternative facts" and when a prominent business magazine, Inc., runs an article about effective communications skills for leaders and among the six items on the list, not one has anything to do with veracity.

Media outlets too often pursue ideological agendas that preclude them from seeing the wisdom that exists among those with a different ideology: Fox News may be especially egregious, but MSNBC's coverage of the abortion issue qualifies as tendentious too. Truth just doesn't seem to matter as much as it once did.

Cryptocurrency requires this kind of credulous environment to thrive. Charlie Munger, Warren Buffet's sidekick, was right when he said, "Crypto is an investment in nothing. ... I regard it as almost insane to buy this stuff or to trade in it." He added, "I think anybody that sells this stuff is either delusional or evil. ... I'm not interested in undermining the national currencies of the world."

Let's not let the Federal Reserve, which has enough on its plate, get entangled trying to rescue the charlatans who created cryptocurrency.