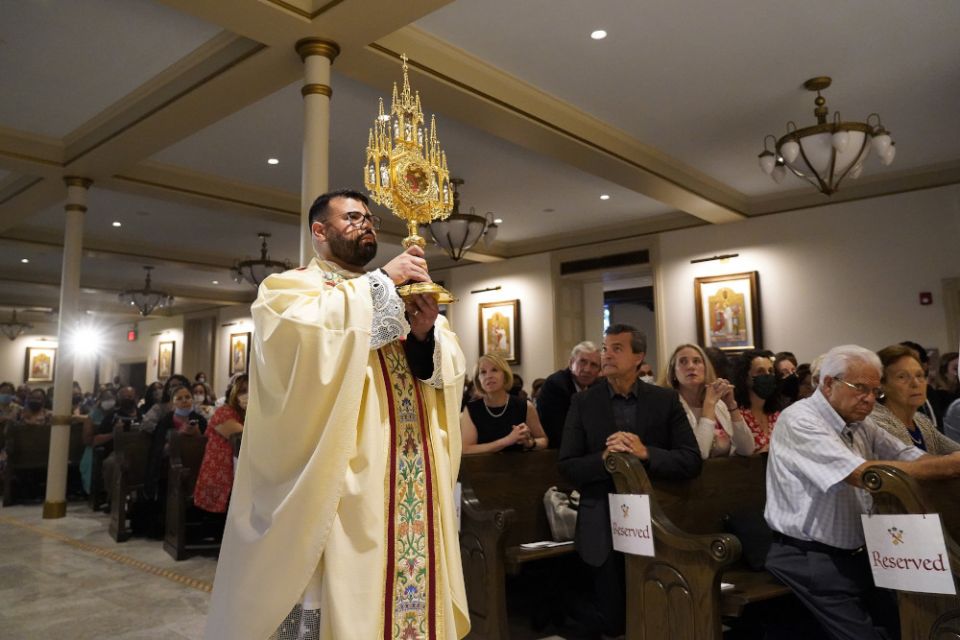 Fr. Jason Espinal, administrator of Sts. Peter & Paul-Epiphany Parish in the Brooklyn borough of New York City, processes with a reliquary containing the relics of Sts. Peter and Paul during the dedication of the church on its patronal feast June 29. (CNS/Gregory A. Shemitz)

Catholics of a certain age and outlook, like many of NCR's readers, will find in James Carroll's latest book, The Truth at the Heart of the Lie: How the Catholic Church Lost Its Soul — A Memoir of Faith, a useful framing of our relationship with the church.

I'm thinking, especially, of Catholics encouraged by the inclusiveness and compassion exhibited by Pope Francis but confounded by a church that remains bogged down by clericalism and resistant to reforms already too long delayed. 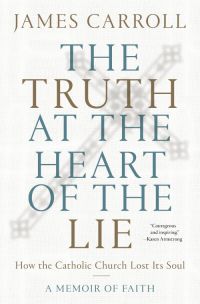 The Truth at the Heart of the Lie: How the Catholic Church Lost Its Soul — A Memoir of Faith
By James Carroll
384 pages; Published by Random House
Purchase for $28.99 »

Put aside, for the moment, the impassioned critiques and defenses ignited by Carroll's 2019 article, "Abolish the Priesthood," that preceded the book.

Consider, instead, the most interesting argument in the book:

The paradox of the Francis pontificate lies in its setting the 'not yet' against the 'no longer tolerable,' and it presents Catholics who long for the recovery of their church with a heartbreaking dilemma.

As he does throughout the book, Carroll makes it personal:

It is my dilemma, what prompted me to undertake this long journey into memory, which is also an examination of conscience, a preparation for choice.

It's a choice focused on this question: "How might we go forward with this church?"

Carroll arrives at his own answer through a mix of memoir and history, an approach that some critics dismiss as excessively self-referential. I find it engaging, especially in light of Carroll's extraordinary personal history.

Carroll tracks his relationship with the church across nearly eight decades. He offers compelling and not always flattering self-portraits of the curious altar boy who found a friend in Jesus; the bedazzled youngster whose personal encounter with St. Pope John XXIII* continues to mark "the pure-joy beginning of the rest of my life"; the anti-war son of a brigadier general; the rebel priest who walked away; the struggling Catholic who, until recently, remained a fighter in the fold.

Carroll includes himself among Catholics he indicts for failing to fight hard enough for change, especially in light of clergy sexual abuse, concluding that "this refusal by the inner circle of the so-called faithful to do more than squirm as the scandals proliferate amounts to a grave failure of Christian responsibility."

Instead of continuing to squirm, Carroll opts for a path he characterizes as resistance. For him, it's a stance that, in addition to speaking out, means no longer attending Mass or taking part in the activities of a church structure he regards as nearly irredeemable.

I say "nearly" because Carroll leaves the door slightly ajar.

"Replacing the diseased model of the church with something healthy may involve, for a time, keeping one's distance from officially sanctioned Masses," he writes. "It may mean life on the margins — less in the pews than in the rearmost shadows, or even outside. That remains my stance as of now."

The author proposes restoring a sick church to health with "legions of commonsensical believers — from base community organizers, to deacons in priestless parishes, to parents who band together for religious instruction of youngsters, to social activists who take on injustice in the name of Jesus Christ — all insisting on the Catholic character of what they are doing."

Arguing that the "spirit of resistance is what must energize reform-minded Catholics now," he describes a kind of "internal exile" that he says is different than leaving altogether.

Carroll appears intent on creating a new category of former Catholics. He seems not so much a fallen away Catholic as a partial walk away — a Catholic who doesn't just drift away quietly but instead raises a ruckus.

"Think of us as the church's conscientious objectors," he urges. "We are not deserters."

"Replacing the diseased model of the church with something healthy may involve, for a time, keeping one's distance from officially sanctioned Masses."

Carroll's ecclesial diagnosis and prescription hit close to home. Carroll is a former communicant at the Paulist Center, the spiritual home for my wife, Carol, and me since we moved to Boston eight years ago.

In 2018, partly in response to the latest revelations of clergy sexual abuse, Carol and I helped assemble a parish group aimed at shifting the question from "go" or "stay" to how we'd live our lives as Catholics.

Some of the original members of that group have since moved on, arguing, as Carroll does, that enough of the official church has abandoned Gospel values that they feel compelled to disassociate themselves with the institution.

Carroll argues that the shift has already begun, reflected by the "tens of millions of moral decisions and personal actions ... informed by the choice to be Catholics on our own terms, untethered from a rotted ancient scaffolding." 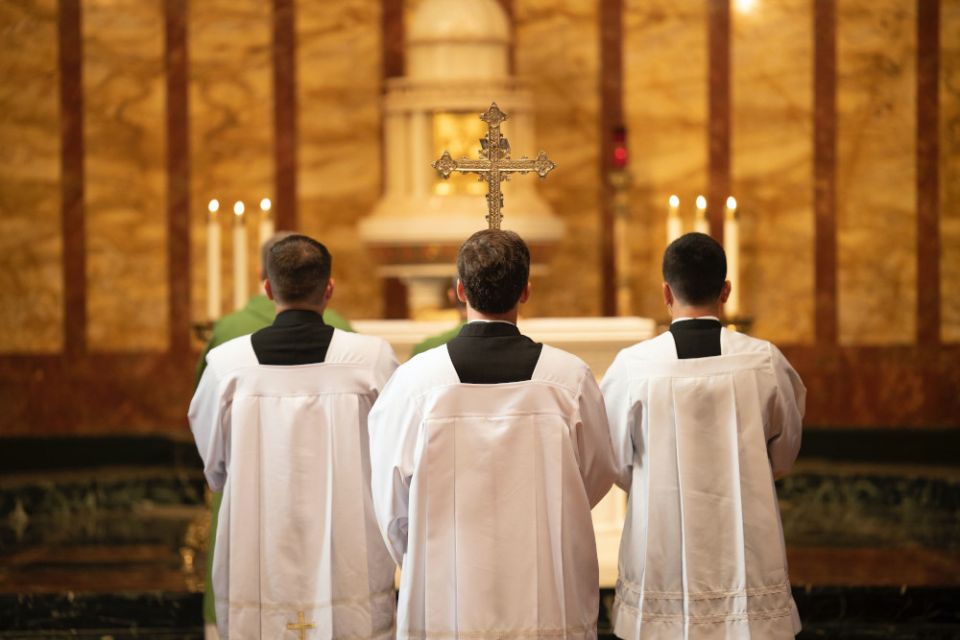 For Carroll, exile is nothing new. In an advent reflection published in NCR nearly 50 years ago, he described an exile that began, for him, with the failure of the church to live up to the promise of Vatican II.

As a young Paulist priest serving as a campus chaplain at Boston University, he wrote in our Dec. 3, 1971, issue: "I am in exile in my own country, and so perhaps are you."

Even in exile, he closed his reflection with hope: "There are the sounds of men and women stirring, standing. ... There is the sound of day breaking."

At the Paulist Center these days, we're listening for those same sounds. We're exploring how we might infuse post-pandemic liturgies at our downtown chapel with some of the "day breaking" we experienced during the family Zoom liturgies we enjoyed during COVID-19.

We're hoping that lessons taught by our pandemic exile will help us move from what Carroll describes as the "not yet" to some of the "right now" the church so desperately needs.

And as Carroll points out in his book's conclusion: "Hope is a choice."

*This article has been updated to correct the title of St. Pope John XXIII.

Your thoughts on the church's legacy toward Indigenous people