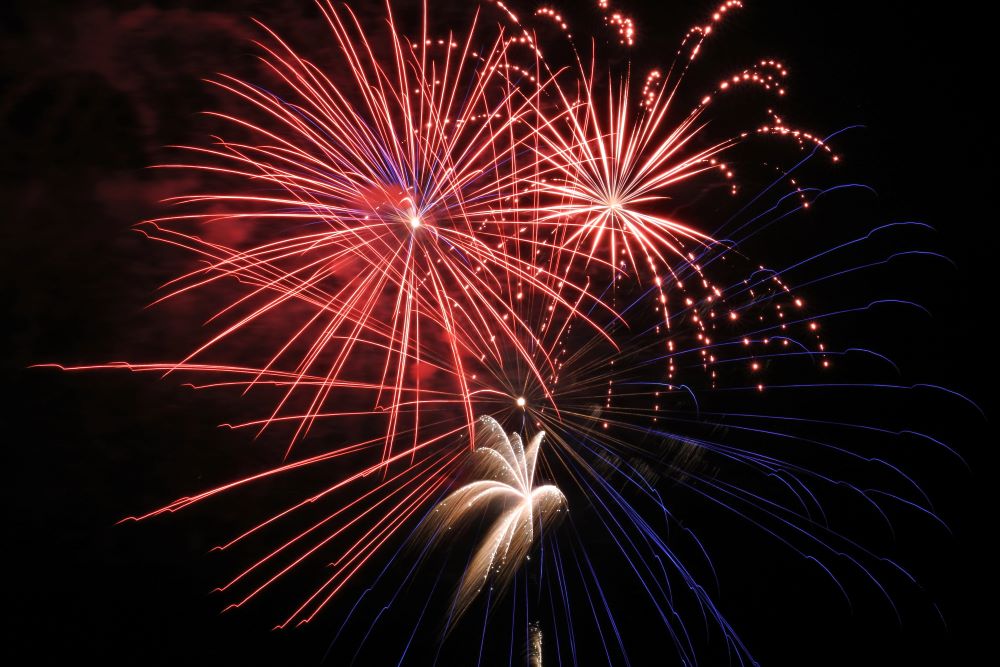 Time to break out the flags and bunting, fire up the grill, head down to the Mall if you are in the D.C. area or to the Esplanade if you are in Boston — all to commemorate the anniversary of the nation's birth.

I have always thought it tells you a lot, and tells you something good, about Americans' self-understanding that we do not mark the founding of the nation by a victory in battle or the storming of a prison but by the signing of a document in which the Founding Fathers set forth their reasons for seeking to establish an independent nation. From the beginning, the United States has been about ideas, not bloodlines, about a shared future as much as a shared past.

We live in a time when that vision to which the delegates in Philadelphia affixed their signature is under severe and multiple threats. The most obvious and most pernicious threat comes from the person of Donald Trump and his acolytes, both in politics and the media, who continue to spread falsehoods about the 2020 election and are seeking offices in which they might be able to manipulate the results of future elections. The idea of self-governance is gutted when the results of elections are not honored.

Less immediate threats can be found in the widespread conviction that government is incapable of advancing the common good, the less widespread but well-funded libertarian idea that there is no such thing as the common good, and various forms of identity politics that place racial and ethnic categories in the forefront of politics rather than ideas and interests.

Today, however, it is the concept of independence that warrants analysis. On the one hand, we can all be delighted that the British colonies broke with the mother country. Britain is a nation of outstanding cultural achievements, to be sure, but royalty is ill-suited to young countries like the United States, and the rigid class system that continued into the Edwardian era would have stifled America's cultural energy. We have our own ugly warts to consider, racism being the most pernicious. Still, it is hard to imagine a country where more people for more and different reasons seek to make their own future than America.

Independence, however, is seen as part of our national character, not only our national charter. We are a famously individualistic people. Alexis de Tocqueville observed it, and the threat it posed, during his famous 1831 tour of the country and commented on it in his magisterial text Democracy in America.

The independence was balanced by the various voluntary associations that created what we call social capital, and from which de Tocqueville rightly understood Americans build relations that both require and nurture ethical relations in society. In short, our independence succeeds only to the extent it is balanced by societal interdependence, by bonds that might restrain our independence and freedom but that do so in pursuit of the common good, by mutual dependence.

One of the most perceptive of de Tocqueville's insights was that individualism is linked to materialism, which is why he thought the religiosity of Americans was such a balancing force in society.

In our day, it is the nones who are increasing and the pews that are emptying. Social capital has been declining for decades and no one seems capable of finding ways to reverse that trend. We endured a pandemic and, still, the nation found itself divided even over that common and thoroughly nonideological, nonpartisan threat. This July Fourth, perhaps we should mourn the increasing loss of dependence, instead of celebrating our independence.

If we do, there is no doubt what text will instruct us. In his 2020 encyclical Fratelli tutti, Pope Francis repeatedly calls attention to the ways feelings of self-sufficiency, individualism and independence lead us astray:

Individualism does not make us more free, more equal, more fraternal. The mere sum of individual interests is not capable of generating a better world for the whole human family. Nor can it save us from the many ills that are now increasingly globalized. Radical individualism is a virus that is extremely difficult to eliminate, for it is clever. It makes us believe that everything consists in giving free rein to our own ambitions, as if by pursuing ever greater ambitions and creating safety nets we would somehow be serving the common good. (#105)

He offered, instead, a vision of solidarity and fraternity built upon respect for the absolute dignity of each and every human person:

It is my desire that, in this our time, by acknowledging the dignity of each human person, we can contribute to the rebirth of a universal aspiration to fraternity. Fraternity between all men and women … Let us dream, then, as a single human family, as fellow travelers sharing the same flesh, as children of the same earth which is our common home, each of us bringing the richness of his or her beliefs and convictions, each of us with his or her own voice, brothers and sisters all. (#8)

Like de Tocqueville, the Holy Father recognizes the link between hyperindividualism and materialism, with negative social consequences rooted in the inability of consumer relations to create ethical bonds:

Even as individuals maintain their comfortable consumerist isolation, they can choose a form of constant and febrile bonding that encourages remarkable hostility, insults, abuse, defamation and verbal violence destructive of others, and this with a lack of restraint that could not exist in physical contact without tearing us all apart. Social aggression has found unparalleled room for expansion through computers and mobile devices. (#44)

This July Fourth weekend, I plan to reread Fratelli tutti, to make it a prayer for the future of this country we love, that as we celebrate our independence from Great Britain 246 years ago, we will find news ways of expressing and cherishing our interdependence one with another. Happy July Fourth!