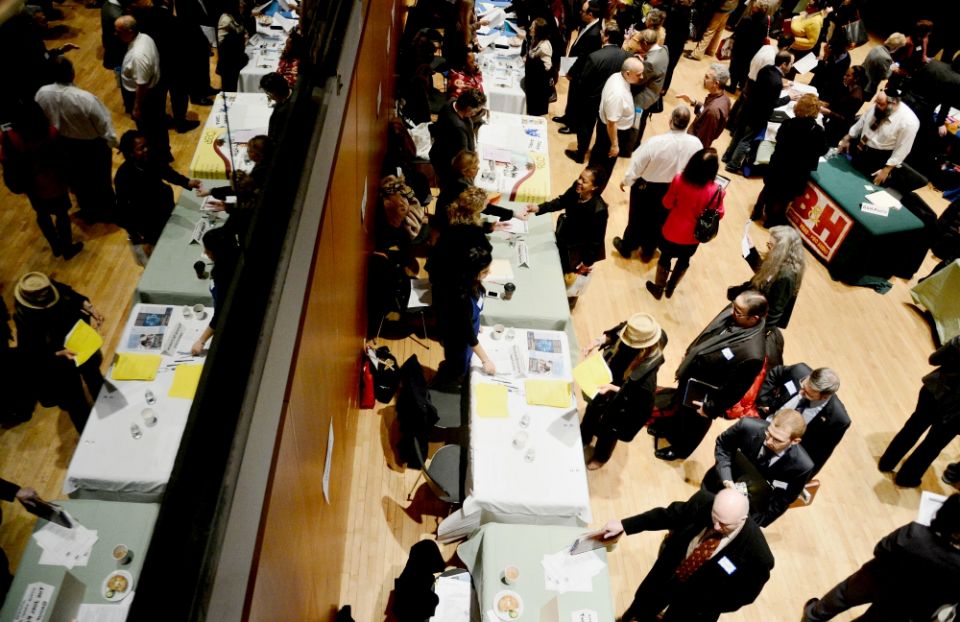 Jobseekers line up to meet with a prospective employer during a 2013 job fair in New York City. (CNS/EPA/Andrew Gombert)

With DACA in the headlines, a reminder of the diverse people protected by the program: Sen. Dick Durbin discusses a young man, Rey Piñeda, brought to the U.S. from Mexico at age 2, who became a priest of the Atlanta Archdiocese (h/t to Rocco).

At Politico, Third Way, a centrist Democratic group, conducted focus groups and found that many people voted for Donald Trump, having previously voted for Barack Obama, because he spoke about prioritizing jobs while the Democrats remained fixed on social issues. So far, so good.

But Third Way warns against any kind of leftie populism, which is exactly what the party needs. Only if the Dems put forward a progressive economic agenda will side issues like transgender bathrooms recede into the background.

On his Facebook page, Jesuit Fr. Jim Martin responds to some despicable tweets from Austin Ruse who, unintentionally, proves Martin's point that there remain serious homophobes in positions of prominence within the Catholic Church and that there is nothing in our creed or our catechism that excuses such homophobia. I must say I admire Martin's circumspection in this regard: He is entitled to be very angry.

In these dark times, there is nothing like some great gospel music to help stir the soul. This past weekend, "Diary of a Mad Black Woman" was on the television and it includes this great song, "Father, Can You Hear Me," in which the magnificent Tamela Mann steals the show. I wish they had simply shown the scene in full, rather than provide this video montage of clips from the rest of the movie, but the music shines through.