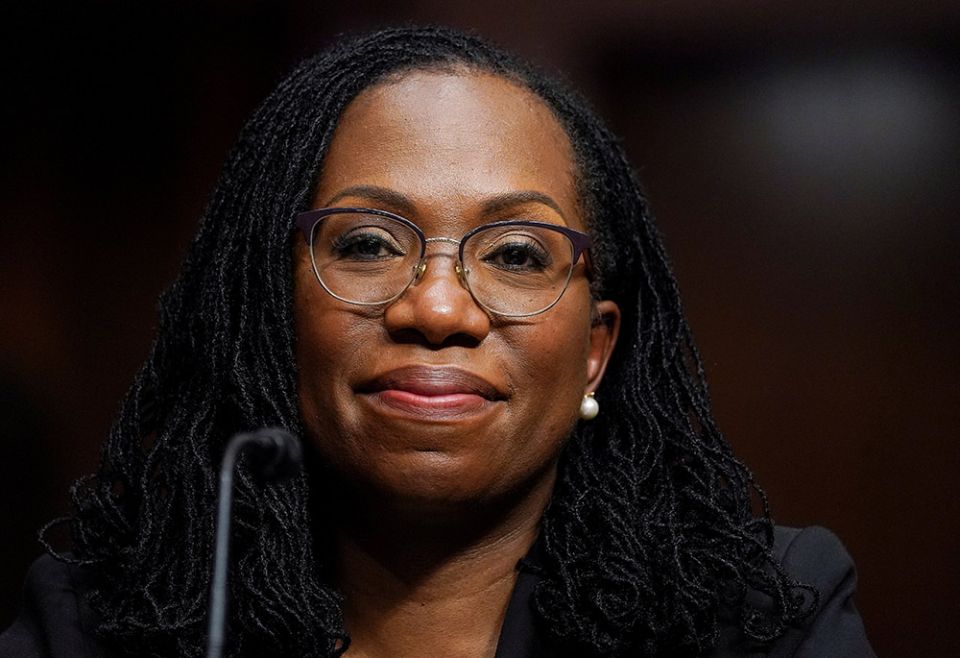 In The Washington Post, columnist E.J. Dionne points out the main problem with GOP efforts to block the nomination of Judge Ketanji Brown Jackson to the U.S. Supreme Court: She is so supremely qualified, they will look foolish or racist or misogynistic or all three if they persist in suggesting their opposition has anything to do with the merits of the nomination. And while I agree that the court would benefit from having some members who did not go to Harvard or Yale, how will the GOP make the anti-Ivy League mantra stick? By calling for more diversity? Now, that would be rich.

Three times George Stephanopoulos of ABC News asked Sen. Tom Cotton if he was willing to condemn or even criticize former President Donald Trump's praise for Russian President Vladimir Putin. And three times Cotton ducked. Cotton is a veteran who served in Afghanistan and Iraq. What happened to his courage?

In The New York Times, a look at how partisan redistricting furthers the radicalization of the parties and the polarization of the country. If a district is so overwhelmingly tilted to one party or the other, the only threat to reelection a Democrat faces is from the far left and the only challenge a Republican faces is from the far right. And so Democrats become demagogues on abortion rights while Republicans get drawn down the Trump drain. This issue does not get the attention it deserves, and the problems that threaten democracy will be impossible to solve unless we first fix this.

At Politico, founding editor John Harris reminds Democrats who are fretting that the Biden presidency cannot be salvaged that both the Clinton and Obama presidencies faced similar challenges and they found various ways to turn things around. Let's hope there are some historians on the White House staff.

From the Seattle University student newspaper, The Spectator, a look at efforts by adjunct professors at the school to form a union. I was delighted to read that the reporters, Myrea Mora and Andru Zodrow, interviewed Clayton Sinyai, the executive director of the Catholic Labor Network. Sinyai is doing super work rebuilding the alliance between organized labor and our most organized of religions, and he always points Catholic leaders to the centrality of workers' rights to our entire tradition of Catholic social doctrine.

With so much heavy and depressing news stories, let's close out with something decidedly light: Architectural Digest's look at the use of venues in the United Kingdom for filming the new season of "Bridgerton." Most of the interior sets are in a large studio north of central London, but the conservatory at Syon House, Wilton House near Salisbury, Hampton Court Palace and other venues are used as backdrops for the Regency-era drama. You can bet fans of the show will soon be making pilgrimages to some of these venues akin to the tourists who trek through Salzburg visiting sites from "The Sound of Music."

Inflation has the country on edge. Democrats need to find better ways to address it.