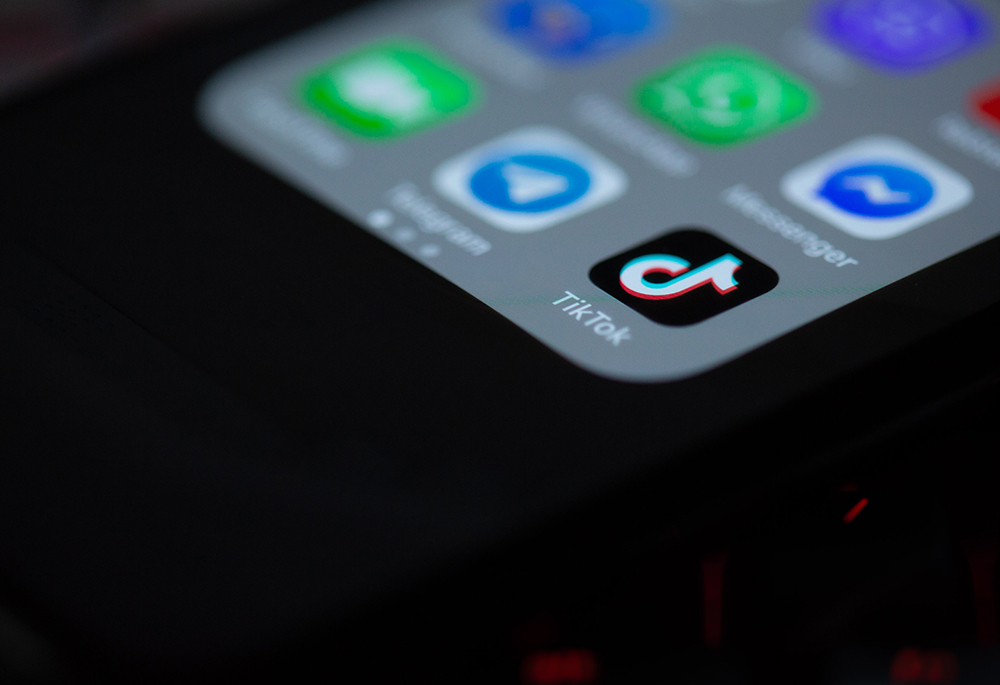 Ash Wednesday is coming, so Catholics everywhere are discerning what to do for the Lenten season's practices of praying, fasting and almsgiving. It seems that more and more people are choosing to give up social media, whether Facebook, Twitter, Instagram or all of the above.

I have previously argued that, given the good that can happen through social media, Catholics should not rush to give it up during Lent. But that was before Catholic Twitter, with its hordes of anonymous trolls who insist on re-arguing every couple of months why they think women should not wear pants.

Still, I'm going to encourage folks not to give up social media this Lent — if only because the National Catholic Reporter has been expanding the ways we can connect with readers and others through social media — and you'll miss a lot if you take a pass for those 40 days.

I'm excited to announce that NCR is now on TikTok — yes, TikTok, the reason your children or grandchildren may be glued to their phones for hours watching short videos of people dancing or doing silly jokes and stunts.

Don't worry: I promise I won't be dancing on TikTok. But you will get the chance to see NCR writers, editors and other staff in their natural habitat, if you will. For example, you can see Latino Catholics Project fellow Melissa Cedillo in her Washington, D.C., home office. Or news editor Joshua McElwee walking to work in a snowstorm. Or copy chief Teresa Malcolm's dog, Bosco, get a treat on St. John Bosco's feast day. (He's a really cute dog.)

But the NCR TikTok video that has gone most viral since we opened our account in November is more substantive. We shared the news that Pope Francis had told parents not to condemn their LGBTQ+ children — and so far the video, with a burning candle and some music, has been viewed three-quarters of a million times.

Other TikTok videos have included stories about sisters from NCR's sister publication, Global Sisters Report, and updates from EarthBeat, NCR's coverage of the intersection of climate justice and faith.

While the social media platform is massive, with more than a billion users, we are finding communities of progressive Catholics and others who are interested in NCR's news reporting, commentary and spiritual content.

Earlier this week, NCR published an article about an online conference that attracted nearly 500 folks from the "deconstruction" community on TikTok, for conversations about race, gender and "liberating faith from abusive theology." It has been our most read story this week. And of course, we did a TikTok video about it.

Our average print subscriber is from the Vatican II generation, and while our online readers are younger, we believe that NCR's independent news and commentary is something even younger folks might be interested in and benefit from.

We acknowledge the dangers of social media, which include misinformation, cyberbullying and a negative impact on children's self-esteem, but we also recognize that if used responsibly, this medium, like others, as Pope Francis has said, can "[open] the way for dialogue, for encounter, for 'smiles' and expressions of tenderness."

Getting NCR on TikTok has been a longtime dream of managing editor Stephanie Yeagle. After Shannon Evans joined us as our new social media editor last fall, she and Yeagle set out to make it happen. You may have also noticed that Evans is sharing more videos on our Facebook and Instagram accounts. Earlier this week, she did a brief video interview with a member of a new Catholic Worker house in Iowa. You can find it in our Instagram stories.

"TikTok is great place to connect with prospective readers who may not be aware of the National Catholic Reporter's 58-year history of independent journalism," said Evans. "Younger audiences, in particular, have responded eagerly to discovering the presence of progressive Catholic journalism on their favorite social media platform."

A version of this story appeared in the March 4-17, 2022 print issue under the headline: Don’t give up TikTok for Lent this year.