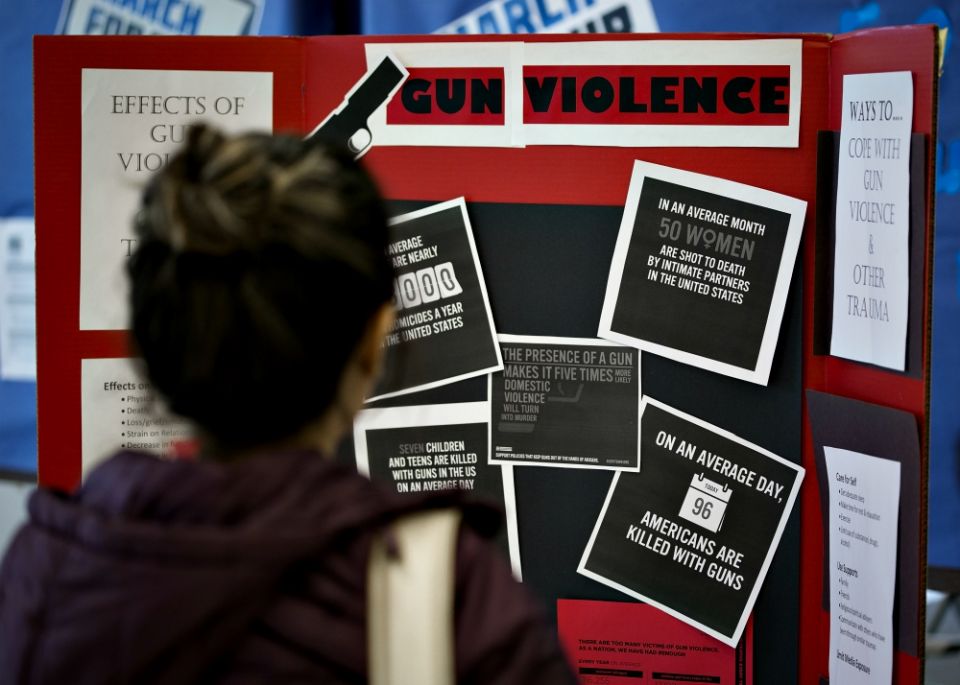 As part of Time magazine's recent article on the Parkland, Florida shooting, several steps were identified that could be taken to reduce gun violence. They represent common-sense, logical steps that would seem to be acceptable to any reasonable person.

Not only do gun rights advocates reject these ideas, but their attacks against them expose these advocates as failing to care about the carnage they are contributing to by their recalcitrance.

Doctors in some states are not permitted to talk to their patients about guns. Such restrictions hinder the ability of doctors to discuss safety issues with their patients. What kind of mentality would propose laws that prevent doctors from doing their jobs?

Aligned with that stance is the refusal by Congress to allow the Centers for Disease Control and Prevention to study the effects of guns and gun violence on our communities. In 1996, Congress passed the Dickey Amendment, which mandated that no CDC funds could be used for research that might promote gun control. What are politicians and the National Rifle Association afraid of discovering about the gun culture in our country?

Congress just made it possible for such studies to take place, but it provided no funds for this purpose. Hopefully, things may be beginning to change.

Even more alarming is the failure to invest in safe gun technology. Technology exists through biometrics that would ensure that only the legitimate owner of a gun would be able to use it. While such technology would not prevent all shootings, it is estimated it could save 500 lives each year. While there is growing interest in the technology, opposition seems almost criminal. The idea that it is somehow more important to advocate for gun manufacturers than it is to save the lives of our young people is patently indefensible.

Finally, the fact that Congress passed a 2005 law that prevents gun manufacturers from being sued for the misuse of their products is astounding. While our society has certainly become overly litigious, how can it be that we have a right to sue anybody for anything, except gun manufacturers?

We also have seen following the Parkland shooting that the audacity of these gun advocates knows no bounds. The usual suspects have done everything in their power to discredit the young people from Parkland and their ideas. Attacking teenagers for standing up and speaking out is un-American, shameful, and probably bad politics.

The lengths that gun rights advocates will go to protect their guns is outrageous. Their efforts can no longer be construed as their needing guns for hunting or protection. This is more about protecting large profits for gun manufacturers.

Whether it is attacking young people for speaking up or promoting strategies that put the lives of Americans at risk, it is time to say with the young people of Parkland, "Enough."

Opinion | Gun rights advocates pursue their goals with no restraint