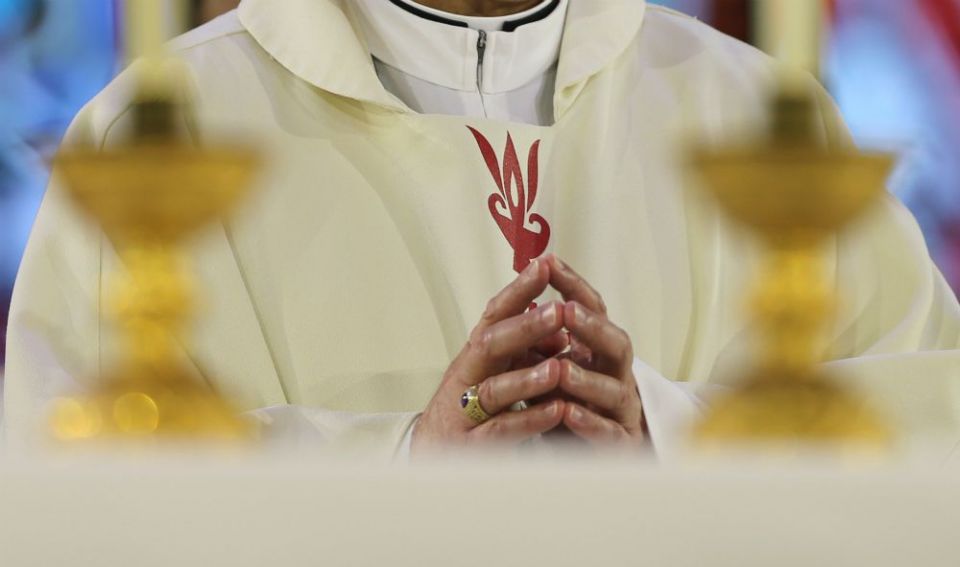 The shock over priests' sexual abuse peaked in comparison to the response to the Boston scandals in 2002. Many horrified Catholics reeled from those and other breaking revelations but still believed they were rare. As more abuse emerged, grim alarm set in as one after another diocese was convulsed. Now, with the damning report from Pennsylvania, the fall of former Cardinal Theodore McCarrick and the teetering status of Archbishop Donald Wuerl, the vast scope of contamination has induced raw disgust and paralysis.

There are fewer refuges for faithful Catholics to go without fear of the disease. It used to be that whatever the disaster in one part of the church, they could count on "Father" at their parish to be reliable and hopeful. Or there were assurances from bishops and the pope that the center was holding. These days, I doubt that any source of Catholic counsel or testimony can expect to be above suspicion, innocent or guilty as they may be. As we're all aware, shattered trust is a battering ram.

As many fine pieces in NCR have emphasized, wholesale change is necessary, but realities hog-tie most of them. A common appeal is to fix the "culture" that has molded priests and lay people. The Second Vatican Council took a crack at some of the main elements of that culture, but as many astute writers have pointed out, the results were minimal and the pillars of a largely medieval clerical society remain untouched.

A radio host asked me the other day how I thought Pope Francis felt. Well, he's made his outrage very public, so that's solid evidence. A chorus of voices questions whether he has the fortitude to actually clean house to follow through on those sentiments. But beyond that, I wondered, where would he find leadership to do it? Can anyone who's been conditioned and programmed by priestly training reform it? Including Francis. Seminary formation, as I've seen it, curbs open inquiry and demands authority. That includes the process in most religious orders. To be shaped into a priestly mind means agreeing with church teachings and suppressing "rebellious" dissent. Most of all, it demands allegiance to the sanctity of the ordained and it's special status as a cut above the laity.

The engine of this mentality is "indelible character," a term that derives from the earliest centuries of the church and has been allowed to morph into a stance of superiority and entitlement, even though many of the doctrine's supporters see that as a tragic distortion.

As developed by Augustine, Aquinas (with a lively rebuttal by Duns Scotus), the Councils of Florence and Trent, the three sacraments of baptism, confirmation and ordination each confer special standing within God's kingdom. It is conferred on the individual as a supernatural gift, a once-for-all induction. By this thinking, ordination transforms the subject into a conduit through which bread and wine become the actual body and blood of Christ at Communion. That special quality is defined as a means of facilitating worship but has normally been considered the highest "seal" of responsibility among the sacraments. Its rarefied reputation has led to elevation of the priest above the laity. The ripple effects of setting a class of Christians on that legendary pedestal, no matter what the purists say, has created a solid, enlarged ruling class that controls the decisions and sets the priorities.

It seems to me, therefore, that reform at this grave hour could be well served by a hard re-examination of "indelible character" with regard to ordination. It is a concept cobbled together mostly by self-fulfilling logic buttressed by an overreliance on logic and neglect of both experience and open mindedness toward Scripture. It fostered a hierarchical, class-based church culture, in which clericalism feasted — and still does to a distressing extent, from our understanding of what supernaturalism means and what its purposes are. It evolved from being an intellectual puzzle to a rationale for a system that has assumed powers unto itself that have brought ruin to a broad spectrum of church affairs.

Investigating the worth of indelible character wouldn't solve everything, but if it were deemed alterable such that it could no longer be used to perpetuate cultish elitism, it might foster a vastly more egalitarian "people of God," all of whom earned their place at the table by simply being baptized. By that, they were welcomed into the body of Christ but didn't get the right to lord anything over anybody. That part is undeveloped.

This crisis is at its roots political in the incarnational sense. Starting over, audacious as that might sound, is needed, confessing not only wrong behavior but faulty thinking that too long dressed itself up as divinely mandated. Modernity has its own evils, to be sure, but its virtues include an ability to set old prisoners free.