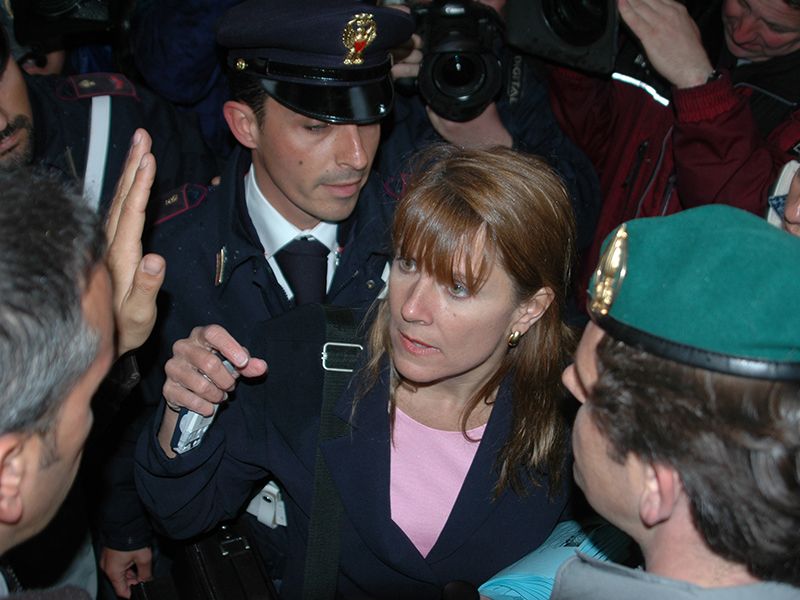 On Sept. 24, when Barbara Blaine, founder and former president of the Survivors Network of those Abused by Priests (or SNAP) died, it felt to me like an era of the safe telling of this story might be ending as well. Like many other Catholic families, ours has been influenced by past clergy abuse, and felt its reverberations through subsequent generations.

With Barbara Blaine gone, I worried that survivors might hold their stories tight, and keep those damaging secrets hidden, once again.

I am only guessing here, but it seems Barbara has continued her mission, from heaven.

On Oct. 8, prolific movie producer Harvey Weinstein was fired from the Weinstein Company, amid allegations that he sexually assaulted or harassed multiple women during his nearly three decades of filmmaking. He officially resigned from that board on Oct. 17.

Two days earlier, on the evening of Sunday, Oct. 15, actress Alyssa Milano reacted to the Weinstein allegations by posting on Twitter. She suggested that women who had experienced sexual assault or harassment write "me too" to signal that fact.

The "#MeToo" movement was actually started in 2006 on the social media outlet MySpace by assault survivor and advocate Tarana Burke.

Milano's new campaign went viral on social media sites like Twitter and Facebook, first in the United States and then globally. Millions of women typed the words "Me Too," and many shared their stories online.

Seemingly emboldened by this mass sharing, men who had experienced similar unwanted sexual acts or attention also came forward. Long-time pedophilia whistleblower and former child actor Corey Feldman finally named names, and a slew of other male stars stepped up and did the same.

A number of prominent Hollywood players were spotlighted as sexual predators, including actor Kevin Spacey — who was summarily fired by Netflix from their series "House of Cards," and whose starring role as J. Paul Getty was expunged by Director Ridley Scott from his upcoming movie "All the Money in the World." All Spacey's scenes are being hastily reshot using another actor.

The list of powerful men accused of sexual misconduct against both women and men continued to grow, as their victims said "me too." The repercussions for many of them have been swift and serious.

On Oct. 17, Roy Price, head of Amazon Studios, resigned after his accusation of sexual harassment. On Oct. 23, celebrity chef John Besh resigned after being accused. Journalist Mark Halperin was accused Oct. 26. He was dismissed from MSNBC and NBC News; his upcoming book and HBO adaptation were also canceled. Other news figures have been accused as well.

Victims stepped forward in the political arena as well, affecting men on both sides of the aisle. On Nov. 5, Kentucky's Republican Rep. Jeff Hoover resigned from his position as Speaker of the House, but retained his state representative seat, after being accused of sexual harassment. Hoover later admitted he had settled that claim.

On Nov. 9, allegations of sexual misconduct with four teenagers surfaced against former Alabama chief justice and current Senate candidate Roy Moore. Moore denied the charges, and assigned blame for them on the "National Democratic Party and the Washington Post."

On Nov. 14, the Republican National Committee withdrew support and funding for Moore.

And on Nov. 16, Democratic Sen. Al Franken issued a public apology after a woman came forward accusing him of forcibly kissing her and groping her while she was asleep, allegations which included a damning photo.

But in this current "me too" climate —where telling seems to be good, and there are often immediate consequences for the accused — the voices of at least 16 women who have accused our current president Donald Trump of sexual misconduct do not seem to have been given the same credibility.

On Oct. 27, White House Press Secretary Sarah Huckabee Sanders said that all the women who have accused President Donald Trump of sexual harassment are lying. She was responding to a query about Trump's statement from a press conference Oct. 17 in the White House Rose Garden.

Replying to a question about one of his accusers, Summer Zervos — who alleges that Trump forcibly kissed her and touched her breast after she was a contestant on his television show "The Apprentice" —Trump said, "All I can say is it's totally fake news. It's just fake. It's fake. It's made-up stuff, and it's disgraceful, what happens, but that happens in the — that happens in the world of politics."

Trump's lawyers are arguing that the Constitution provides immunity for Trump from being sued in state court while he is president. They are formally seeking a dismissal or suspension of claims made in October 2016 by Zervos until after his presidency.

It is interesting to me that the allegations against Trump originated when he was involved in business and entertainment. The other powerful men in those worlds who have been accused of similar behavior seem to have experienced harsh and immediate consequences. Alternatively, politicians who are accused seem to be able to buffer that impact, whether it be by offering apologies that include mitigating circumstances; outright denial, blaming and shifting of responsibility; or hiding behind protective statutes.

Perhaps sidestepping and equivocation are some of the hallmarks of politics, where our elected representatives have the safety net of waiting it out until the next vote. Business — and specifically the movie business — survives on profit and therefore seems compelled to respond more quickly and decisively to evidence that can damage popular opinion, and thus the public's spending.

In the original "Star Wars" movie, 1977's "Episode IV: A New Hope," Jedi knight Obi-Wan Kenobi tells Darth Vader, "You can't win, Darth. If you strike me down, I shall become more powerful than you can possibly imagine."

That great film moment hearkened straight back to the Gospels, giving us a hero in both life and the afterlife. Matthew 10:28 tells us: "Do not be afraid of those who kill the body but cannot kill the soul." And Revelation 1:18 says: "I am the Living One; I was dead, and now look, I am alive for ever and ever!"

I have long felt the presence and assistance of my beloved relatives from heaven, including both my grandmothers and my Aunt Alice. If Barbara Blaine has lined up as yet another powerful guardian angel, it is still safe to share our stories here on earth. #MeToo.

From one survivor to others, wishes of healing for David Haas' accusers