President Biden, replace Justice Breyer with someone who has experience outside the courtroom 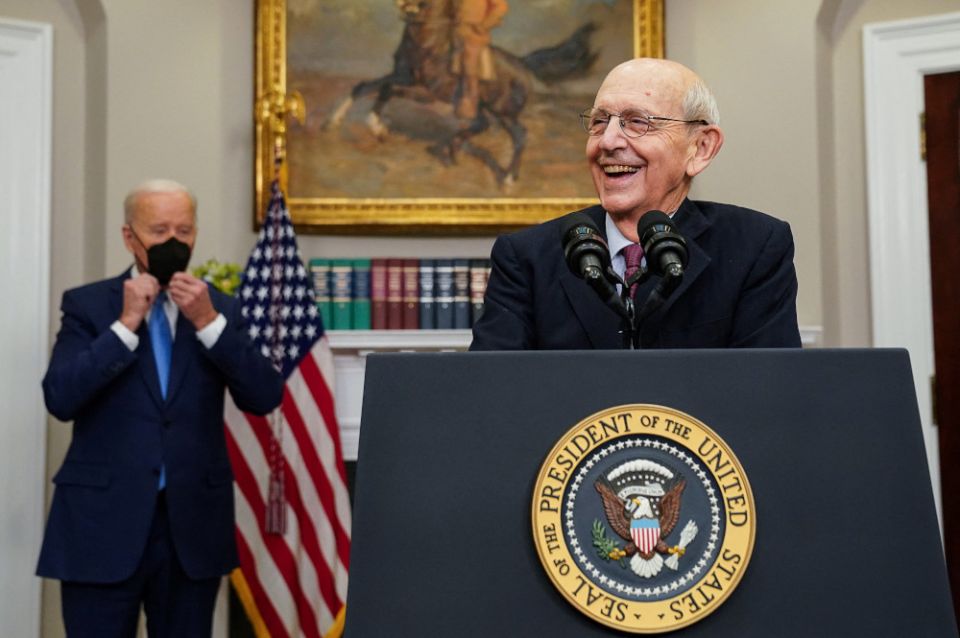 U.S. Supreme Court Justice Stephen Breyer announces at the White House in Washington Jan. 27 that he will retire at the end of the court's current term. (CNS/Reuters/Kevin Lamarque)

When President Bill Clinton needed to nominate a Supreme Court justice in 1994, it was the chairman of the Judiciary Committee, Sen. Edward Kennedy, who told him Stephen Breyer should be the one. It was an inspired choice.

"When he retires, Stephen Breyer will be remembered, and missed, for his deeply thoughtful, learned, humane, and pragmatic approach on the Court," said constitutional law professor Vicki Jackson in a post at Harvard Law School, where Breyer also taught before being nominated to the First Circuit Court of Appeals in 1980. Many of us would disagree with some of Breyer's positions, such as his support for abortion rights, but he was never facile or outrageous.

At times Breyer was brilliant, most especially in dissent. There is something profoundly Augustinian in the phenomenon that jurists tend to be more brilliant in dissent than when writing for the majority. We consider Justice Oliver Wendell Holmes, Jr. a great jurist for his dissents in free speech cases, such as Abrams v. United States, and Justice John Marshall Harlan for his dissent in Plessy v. Ferguson, and Justice Louis Brandeis for his opposition to wiretapping citizens without probable cause in Olmstead v. United States. Breyer's dissents in cases of racial discrimination, the death penalty and immigrant detentions stand out among his writings.

Another professor at Harvard, Richard Lazarus, commented on Breyer's judicial temperament and approach in The Washington Post, saying Breyer was more "law professor than lawyer and more pragmatist than activist." Lazarus continued, "He is the first of his colleagues to eschew overarching jurisprudential philosophies in favor of practical, commonsense solutions consonant with basic notions of social justice."

Our nation's system of justice has not been well served by the nomination of ideologically driven justices to the high court. The "politicization of the court" did not just happen the way a hurricane happens or an earthquake. It has been the result of conscious decisions made by politicians and law professors. Jurisprudence was once inherently conservative in the best sense of the word, deferring to the political branches as much as possible, allowing the development of the law in ways demanded by changed cultural and political circumstances, but never forcing the facts of a case to fit into some preordained, ideologically driven narrative. That kind of jurisprudence has given way to a more prophetic approach, and the change has not strengthened our democracy.

In an earlier time, the judicial overreach came from liberals, but for most of the past 40 years, it has been the conservatives who have politicized the court by demanding adherence to what they call "originalism," a judicial philosophy that is embarrassingly amateurish as history and often hypocritical as politics. I examined the limits of originalism in some detail in a two-part essay at the time of the confirmation hearings for Justice Brett Kavanaugh, here and here. Breyer served his entire tenure on the court in the shadow of this imperialistic ideological nonsense. 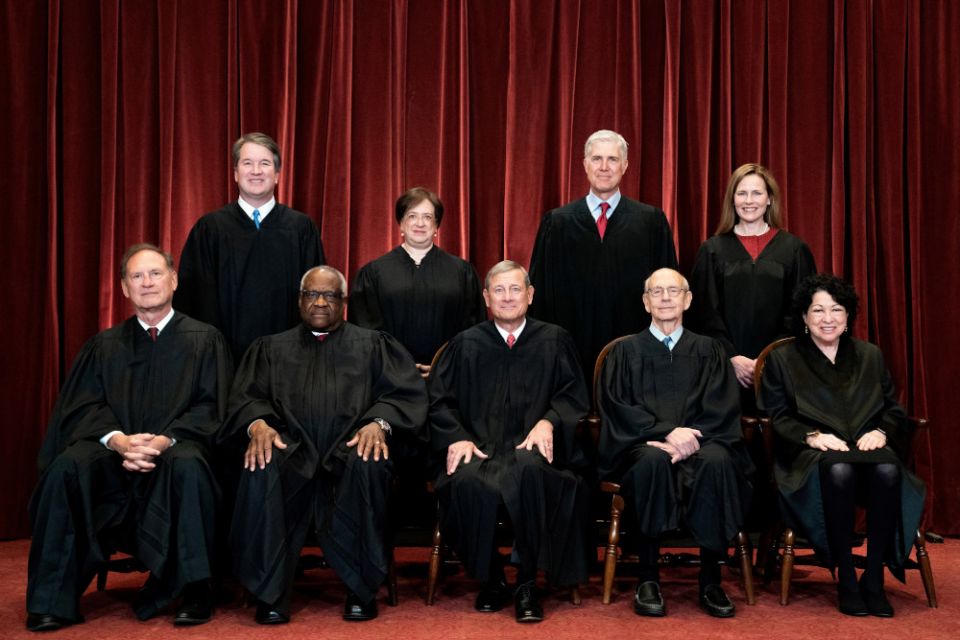 His successor will too, and who will that be? It was kind of funny to watch all three Fox News prime time shows berate President Joe Biden because of his campaign pledge to nominate a Black woman to the court. Sean Hannity said "it may even be illegal" to only consider Black women for the post. If you ever need advice in a constitutional law case, don't call Hannity.

I am a fierce opponent of identity politics, but there is nothing un-American or unconstitutional in the idea that certain groups have been traditionally excluded from power and that their inclusion is a good thing. When the issue is our system of justice, I think it is even more obvious that Black Americans often have a different experience of that system from that of white Americans, and having two of nine members of the highest court who are familiar with those kinds of experiential differences would be a good thing.

It is also worth noting that then-candidate Ronald Reagan, worried about his poll numbers with women in the 1980 presidential race, announced a month before the election that if he won, he planned to name a woman to the highest court. Was that unconstitutional? Illegal? Hannity did not say. In the event, Reagan kept his promise and nominated Sandra Day O'Connor to the Supreme Court in 1981.

I hope the president looks at the O'Connor precedent not only in terms of representation of previously unrepresented groups, but because O'Connor, who retired in 2006, was the last justice on the court with experience of the other branches of government. It is true that Justice Brett Kavanaugh worked as a lawyer in the White House for George W. Bush, but O'Connor had been a principal, a state senator in her own right. She did not advise a client; she made political decisions. The court would benefit from such a person now.

The skill set that makes one a brilliant law professor is well represented on the court already, and I am not 100% certain it overlaps with the skill set needed to be a good judge.

The skill set that makes one a brilliant law professor is well represented on the court already, and I am not 100% certain it overlaps with the skill set needed to be a good judge.

Of the three women profiled by The Washington Post as potential nominees, only J. Michelle Childs of the U.S. District Court for South Carolina has an atypical background. Before coming to the South Carolina court, she was a deputy director of the state's Department of Labor and served on the Workers' Compensation Commission. I also like the fact that she did not go to Harvard or Yale law schools, which are also overrepresented on the court. Her law degree is from the University of South Carolina.

My other thought would be to nominate Rep. Val Demings of Florida. She is currently running for the U.S. Senate against incumbent Sen. Marco Rubio. Florida has leaned Republican in the past few elections, and this is not going to be a good year for Democrats, so her chances against Rubio are slim. Not only has she served in Congress since 2016, before that, she was Orlando's first female chief of police, and she served 27 years in that city's police force, rising through the ranks. Putting a spotlight on her for several months would help the Democrats escape being tagged as soft on crime because of a few, silly "defund the police" efforts that are replayed on conservative media relentlessly because the idea was so unpopular.

Demings is not a lawyer, and for many that would be an insuperable hurdle. Why should it be? She knows the law as someone who has both enforced it and as someone who has written it. In college, I was lucky enough to study with legendary philosopher Paul Weiss. I asked him once why he still taught undergraduates, and he said, "You ask more honest questions than the graduate students," he replied. Mutatis mutandis, having a non-lawyer on the bench might serve as a kind of reality check, especially when the conservative ideologues pontificate about law enforcement.

Whomever the president ends up nominating, you can expect the political class and commentariat to engage in all manner of intellectual contortion and kabuki-level theatrics. Since Breyer was nominated in 1994, the politicization of the court has only increased and there is no reason to expect that to stop. Still, appointing someone who has experienced the law outside of a classroom or a courtroom would add something to the court's deliberations that does not currently exist.

A version of this story appeared in the Feb 18-March 3, 2022 print issue under the headline: President Biden should replace Justice Breyer with someone who has experience outside the courtroom .

Opinion | President Biden, replace Justice Breyer with someone who has experience outside the courtroom

Project Veritas is not journalism, much less 'truth'