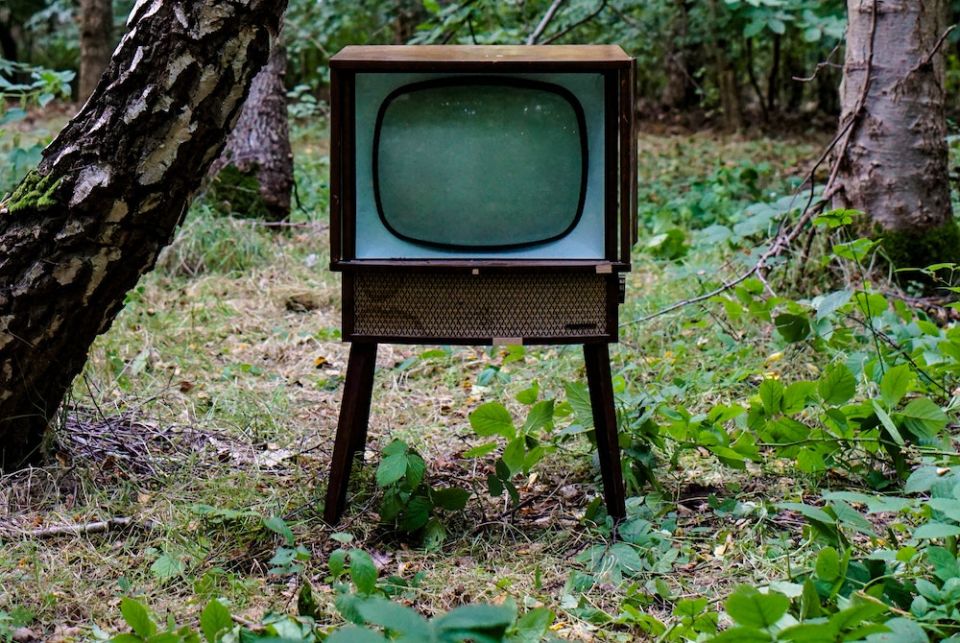 In a big city like Washington, D.C., I still get more than 40 free channels. But I said bye-bye to all cable stations. (Unsplash/Tom Wheatley)

Those lyrics from John Prine's 1971 song, "Spanish Pipedream," express a desire to unplug from popular culture and seek spiritual peace. In the midst of this pandemic, we have the same desire. Updated for 2021, John Prine might have sung:

Blow up your laptop
Get off Facebook …
Try to find Jesus, on your own

Over the past few years, I have been trying to unplug a little from the modern world, for my own spiritual good. Today we have too many means of communication, but too little meaningful communication. We Catholics have a long tradition of the spiritual retreat. Sometimes we need to step away from the noise of the world for our own spiritual health. I think "retreating" should not just be an occasional event but a permanent approach to living. Step by step, I am trying to take myself back from some of the invasions of the modern world.

First, I got rid of my land-line telephone. That was a no brainer. In the age of cell phones, it was unnecessary. Just one more ringing annoyance to allow telemarketers to invade my life.

Then, about two years ago, I got rid of all cable news channels. No more MSNBC, FOX News, CNN or CNBC, etc., etc. I don't want or need their endless talk. It was spiritually corrosive. Those endlessly talking heads were constantly arguing, talking over one another and shouting at each other. Their predictions were often wrong or frequently obvious. I didn't want to be dragged into their arguments. I am not cutoff from news. I still have the old broadcast networks like CBS, ABC, NBC or PBS. That's enough.

My next big step was to cut the cable altogether. I got rid of all cable TV. It was easy. I went to the hardware store and bought two over-the-air TV antennas. In a big city like Washington, D.C., I still get more than 40 free channels. But I said bye-bye to all cable stations. Adios EWTN, with your infantile spirituality and your super right-wing politics. Hasta la vista HGTV, with your "open concept floor plans" and fantasy homes. All you ever did for me was stimulate my envy genes. Also, adieu to all the shopping, cooking, exercising, sports and travel channels. Don't miss them. I don't need ice road truckers or "pawn stars." They are a mindless waste of time. Now, if the weather is nice, I go outside for a walk in the real world.

Finally, I took a big step. I got off all social media.

I shut down my Facebook page. Nobody truly has 600 friends anyway. I closed my Twitter account. Twitter has done more to destroy and cheapen our political discourse than any other medium. Witness Donald Trump and his cyber bullying.

I also deleted WhatsApp and Messenger. Those are services of Facebook and allow Facebook to access your contact list and the messages and calls you make with its apps. True, they were free. But here is a good rule of thumb — if an app charges you nothing, it is making money by selling YOU and your privacy.

Am I missing much? No. 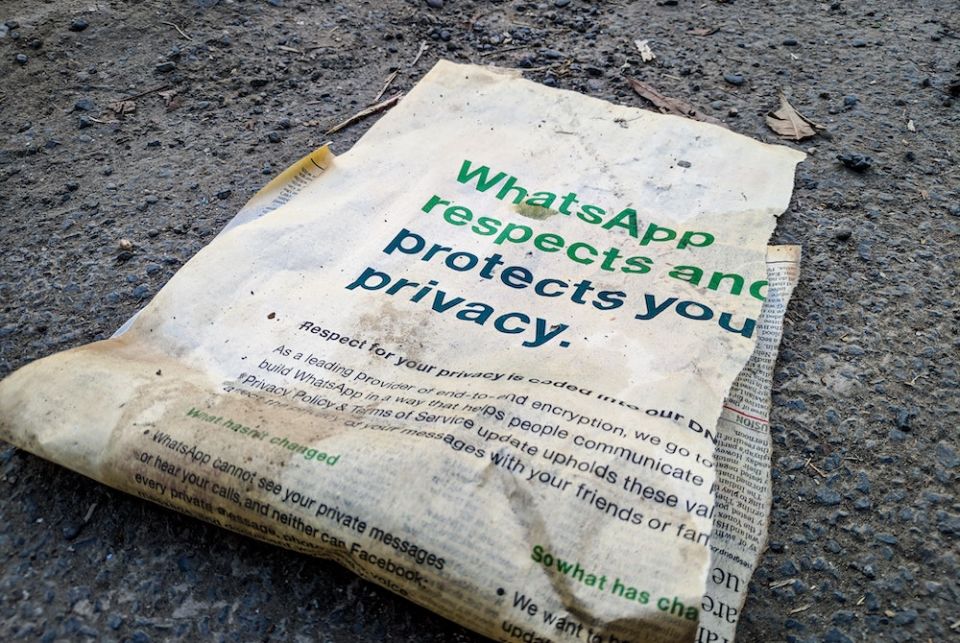 I won't miss is all the conspiracy theories and outright lies on social media. I don't really need to know where my friends went to dinner or on vacation. I don't need to be drawn into arguments and scandals online.

On a societal level, too, social media destroys social peace. It stokes a constant rumor mill. It allows lies to spread and truth to be questioned. It fosters conspiracy theories like "Q Anon." The Jan. 6 attack on the U.S. Capitol probably could never have happened without social media. It spread a big lie that Trump won the election.

In the church, much social media allows groups like Church Militant, Lepanto Institute and LifeSiteNews to spread disinformation and attack their enemies. They damage the body of Christ spreading fear and smear.

I'm not cut off from the world. I still have email, a cell phone and the internet. I selectively look at YouTube. I have a Roku stick and can hook my TV to the internet. That is enough.

Also, I still get some traditional media. I get the print edition of The Washington Post on Sundays. I subscribe to the NCR. I get The New Yorker and The Atlantic in the mail. That's enough.

My next step is gizmo reduction. I want to stay one device behind the curve. No smart speakers or smart doorbells for me. I can physically turn on the radio with my hand. If someone comes to my door, they have to knock. I cancelled satellite radio in my car. Who needs 200 radio stations anyway?

I still use the U.S. post office. I appreciate receiving and sending handwritten letters. I like thank-you notes and birthday cards because nothing says "I love you" like a postage stamp. I also like books with pages and photographs in frames and in albums.

Am I a luddite? A person opposed to all new technology. No. But I have come to realize that I value peace and quiet, too.

Perhaps it is time for us all to rethink our relationship to technology. Maybe John Prine was right. "Blow up your TV, throw away your paper … try and find Jesus, on your own." Fr. Peter Daly is a retired priest of the Washington Archdiocese and a lawyer. After 31 years of parish service, he now works with Catholic Charities.

Column | Why this priest decided to unplug