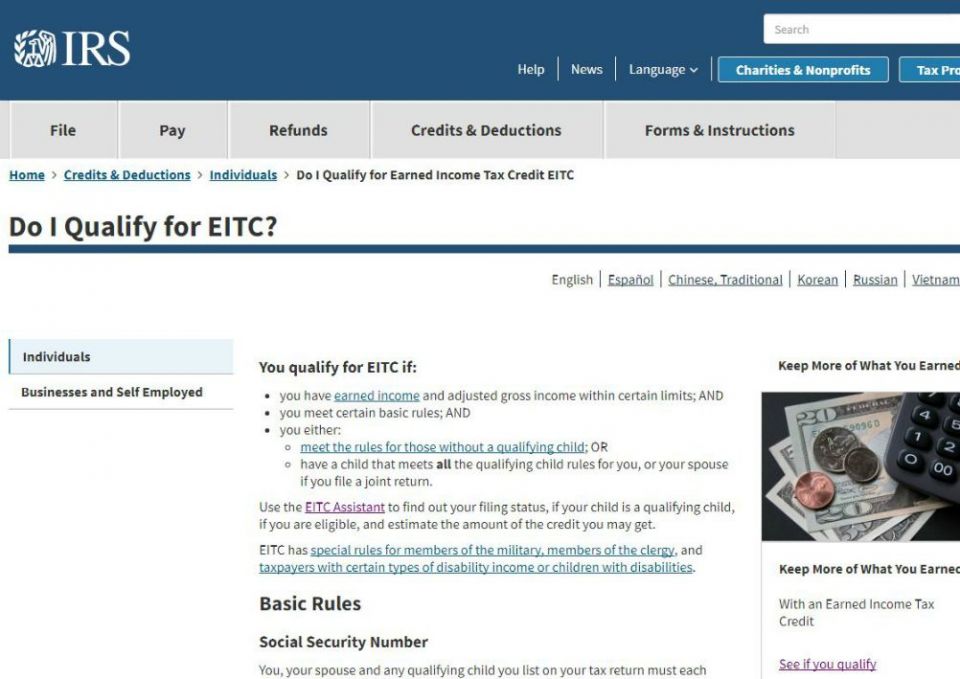 Republicans in Congress failed in their effort to repeal the Affordable Care Act, but they have not abandoned what appears to be an effort to dial the country back to Dickensian times, punishing the poor for being poor and rewarding the rich with the kind of impunity that we associate with the Bourbons or Robert Clive.

The most recent example is a proposal that would require "mini audits" of the tax returns of anyone qualifying for the earned income tax credit (EITC). The House Budget Committee has already passed the proposal that would require the to verify the income information submitted by the taxpayer before the tax credit was issued. All the taxpayers. At the very least, this would cause a huge delay in the dispersal of the credits and would become a huge headache for the already overburdened . The rich, where an audit might yield some chance at significant payback, will continue to be audited as before, only when there is an apparent problem with the return.

The EITC has normally been accorded bipartisan support since it began in 1975. It provides the working poor with additional income in the form of a tax refund. Conservatives have liked it because it rewards those who work, and in 1975 they contrasted the program with welfare. Progressives like it because it is essentially redistributionist, giving the poor a leg up via the tax code.

"The Republican effort to require 'mini-audits' in order for low wage workers to receive the Earned Income Tax Credit is both shocking and a waste of time and resources," said Social Service Sr. Simone Campbell, executive director of NEWTWORK, a social justice lobby inspired by Catholic sisters. "The EITC is one of the most effective anti-poverty programs in the United States and once again the GOP wants to punish the working poor by adding hurdles to the process. This is wrong and certainly is not pro-life. Rather we should do everything we can as a nation to get resources to our children living in poverty."

But today's Republican Party is not your grandma's Republican Party. This idea, like so many, was hatched at the Heritage Foundation. Unlike President Donald Trump's investigation into voter fraud, which is a solution in search of a problem, there is some incidence of fraud in the EITC, as even progressive groups like the Center for Budget and Policy Priorities admit. But in terms of spending taxpayer resources wisely, the amounts involved are negligible.

So why do it? Like the proposal to force all Medicaid recipients to go through a drug test before qualifying for the benefit, these automatic mini-audits simply seem designed to make it harder for poor people to receive the benefits to which they are legally entitled. Punish the poor. The idea has a pedigree, all of it ugly and all of it a distortion of the Scriptures: Some early Calvinists thought that material wealth was an indicator of divine election and that would mean those without means were among the massa damnata. Contemporary Calvinist scholars like James Bratt at Calvin College have demonstrated that Calvinism does not endorse this Dickensian view of the poor and, in any event, it has migrated to the Heritage Foundation and the American Legislative Exchange Council, which is heavily financed by the Koch brothers and influences legislation at the state level.

Republicans are not content to perpetrate their campaign against the poor only here in the United States. Back in February, they voted to delay the implementation of rules pursuant to Section 1504 of the Dodd-Frank financial services oversight law. I wrote about that effort at the time. Those rules required oil, gas and extraction companies to report any payments they made to foreign governments. It did not bar such payments: The reporting requirement was only designed as an anti-corruption measure, to ensure that the payments from the multinationals did not simply end up in the pocket of one of the ruling families in the developing world. One of the leaders of the fight when the Obama administration enacted the rule was the CEO of Exxon Mobil Corp., now the Secretary of State, Rex Tillerson. 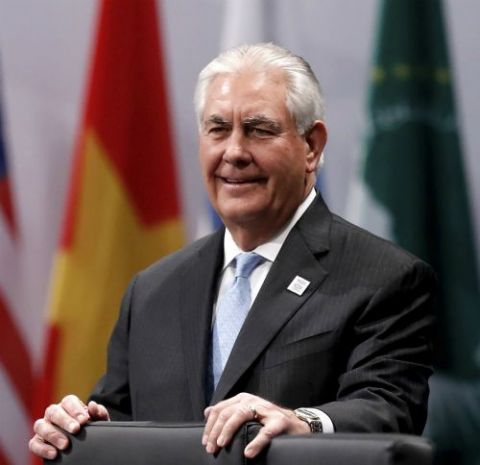 The House has now voted for the total repeal of 1504 as part of their so-called "Financial Choice Act," and proponents want to make sure the provision to kill the rule makes it into some must-pass legislation like the budget.

To repeat: Section 1504 and the implanting rules did not prevent American and multinational companies from doing anything; it merely required disclosure about what they were doing. The sole purpose of the rule was to fight the corruption that so often prevents very poor countries from developing in ways that help the people of the country, and not just the ruling class. This summer, in an introduction to a book by Cardinal Peter Turkson, Pope Francis called corruption "a cancer that consumes us." If the Republican leaders have their way, the consumption will continue.

"We believe that financial transparency is essential for protecting poor and vulnerable communities across the United States and around our world," Eric LeCompte, executive director of Jubilee USA Network, told me.‎ "We worked on section 1504 of Dodd-Frank because it prevents oil and coal companies from bribing foreign governments. It lets us know if these companies are paying taxes and how communities and workers are compensated. Currently because of tax evasion and corruption, the developing world loses nearly a trillion dollars a year. This Jubilee amendment passed Congress with strong bipartisan support. Unfortunately, the House repealed 1504 and other domestic financial protections for vulnerable U.S. communities when they passed the Financial Choice Act in June. While we've prevented this act from moving forward in the Senate for now, we need to be vigilant. At Jubilee USA we are concerned that financial protections for vulnerable people from California to Zambia are under threat. We believe there needs to be greater financial protections for vulnerable people, not less. We need to ensure that those affected by economic decisions are making the decision that impact their communities and lives." Jubilee USA has an "action alert" page on the issue here.

This issue joins climate change as one on which the United States is ceding leadership to the nations of Europe. The European parliament is set to vote on a new law similar to Section 1504, which would require companies to report what monies they give to foreign governments. America steps away from a problem that affects us all, but especially the poor, and Europe steps into the breach. Thank God for Europe. America? It is to weep.