A train ride reveals the beauty of human diversity 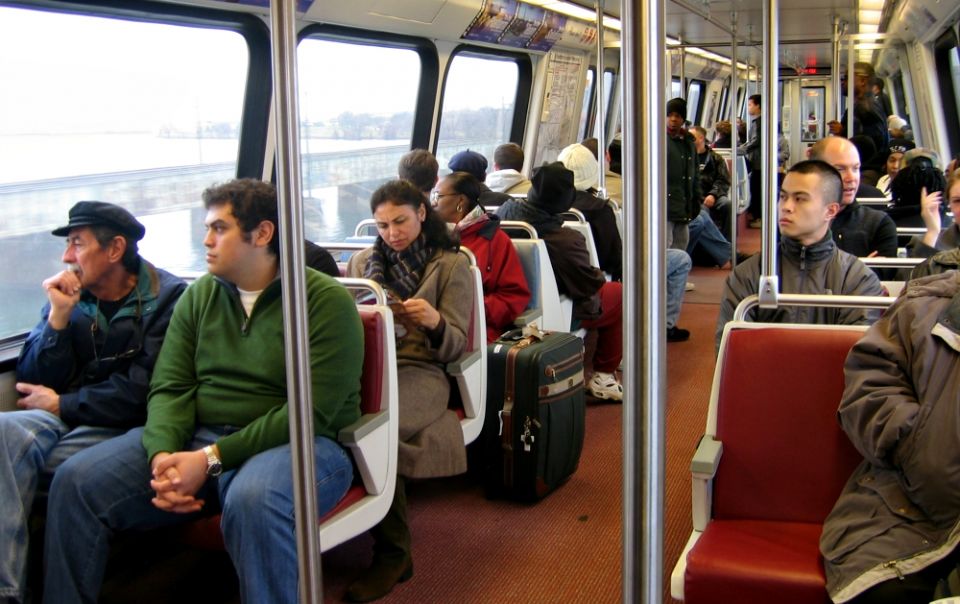 I am often struck by the fact that some people are fearful of those who look different from them: people of different races, ethnicities, religions (where physical appearance gives clues). At its worst, of course, this becomes racism, ethnocentrism, or just plain prejudice. And of course, fear of differences can lead to violence.

I'd love to invite some of those who fear such human differences to come and ride the Washington, D.C., Metro with me. For example, as I looked around my train car this morning, I observed (as is almost always the case) an incredible variety of people. About 30-40 percent were African-American. A few were people of Asian descent. And this morning, a man who is a Sikh (noticeable because of his turban) was reading quietly in his seat. Next to me was a Jewish man reading the Torah (N.B.: Sept. 20 is Rosh Hashana).

Often, one hears a variety of languages, frequently Spanish. But I'll never forget the day I was riding Metro with my housemate, a Maryknoll sister who spent 35 years of her life working in Tanzania. Suddenly, two women near us began speaking a language I did not understand. (That's also not unusual on Metro.) But my Maryknoll housemate understood immediately and began to converse with them — in Swahili, no less.

They were amazed that anyone would have understood them, much less an older white woman. But barriers dropped instantly and a lively exchange ensued. Those nearby were clearly intrigued, pleasantly so. This is the United Nations of Metro, after all!

Of course, most people riding Metro around 8 a.m. on weekdays are on their way to work. But not all are dressed in professional attire and headed for government offices. There are day laborers, construction workers, students, older people near retirement.

The human variety on Metro extends to all ages, races, ethnicities and almost all human conditions: babies, children in strollers, students laden with books, office workers, executives, handicapped people in wheelchairs, and on rare occasions a few people walk the aisle with hands out asking for money from riders.

As I savor the richness of this company every day, it's a wonderful motivator for prayer, prayer for the incredible variety of human beings sharing the Metro car. I suspect that Pope Francis — who used public transportation in Argentina before he became pope — would love this as well. There is true, Godly beauty in human diversity.

Opinion | A train ride reveals the beauty of human diversity

God loves diversity, both in us and the earth

The solution for a more inclusive church? Look to the seminary