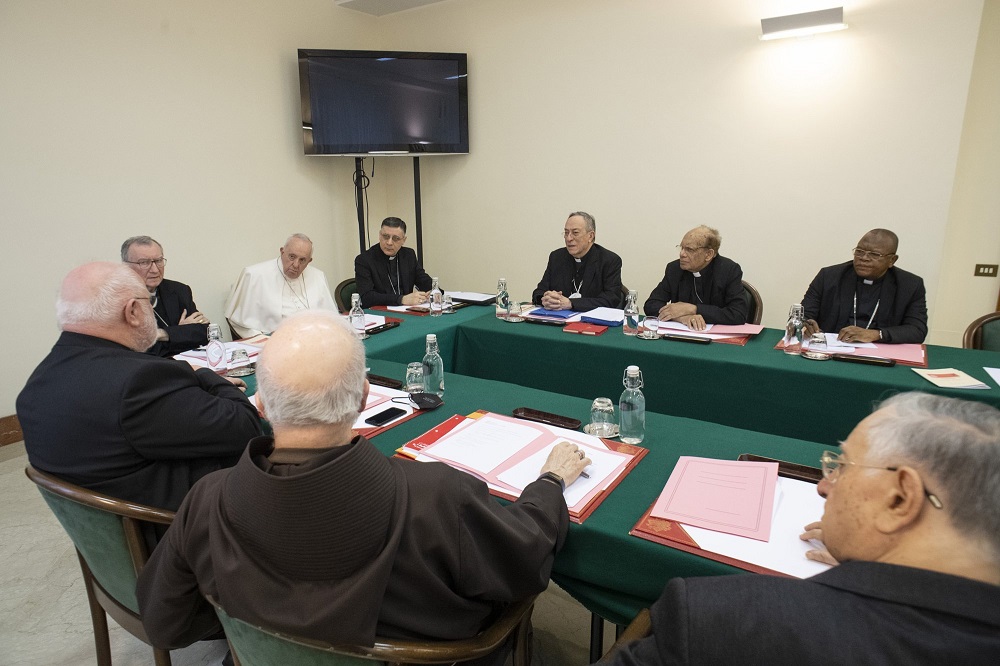 Pope Francis leads a meeting of his Council of Cardinals at the Vatican Feb. 21. On March 19, Pope Francis promulgated the long-awaited constitution reorganizing the Roman Curia. (CNS/Vatican Media)

"We plant the seeds that one day will grow," the Romero Prayer intones. "We water the seeds already planted, knowing that they hold future promise. We lay foundations that will need further development. We provide yeast that produces effects far beyond our capabilities."

With the promulgation of Praedicate Evangelium, ("Preach the Gospel"), the long-awaited apostolic constitution reforming the Roman curia, Pope Francis has planted some important seeds. If his programmatic apostolic exhortation, Evangelii Gaudium, invited all Catholics to find ways to preach the Gospel with renewed fervor, this text invites the Roman curia, the central administrative body of the universal church, to do the same. It marks a major milestone in the reception of the Second Vatican Council.

Boston Cardinal Sean O'Malley issued a statement calling attention to the changes affecting the church's response to sex abuse. "For the first time, Pope Francis has made safeguarding and the protection of minors a fundamental part of the structure of the Church's central government: the Roman Curia," said the cardinal.

This curse of clergy sex abuse, destroying young lives and breaking the bonds of communion every time the crime was covered up, brought to light many of the ways the ecclesial culture had become sclerotic, inward-looking, defensive.

Everything about the new apostolic constitution is outward-looking. Indeed, the primacy of the call to evangelize as the essential mission of the church is evident on almost every page. The church Francis envisions is a missionary church, one whose primary mission and goal is to preach the Gospel.

O'Malley said that the "unifying theme of the reforms is evangelization. The Church exists to evangelize and so the curia must exist to evangelize." He also called attention to the fact that the reforms open almost all offices in the curia to lay people and also establishes a "new section of the Secretariat of State to care for personnel at the Vatican. That shows the pope's pastoral concern, even in what is a bureaucratic reform."

The second theme articulated in the preamble, the church as a mystery of communion, is closely linked to this missionary impulse. Quoting St. Pope John Paul II's apostolic exhortation Christifedelis laici, Francis writes: "For the reform of the Roman Curia it is important to keep in mind and value another aspect of the mystery of the Church: in it the mission is so closely linked to communion that it is possible to say that the purpose of the mission is precisely that of "making known and living to all the 'new' communion which in the Son of God made man has entered the history of the world."

The conception of the church as a mystery of communion is drawn from the Second Vatican Council, and before that from the church fathers, but the linkage with the missionary impulse is pure Pope Paul VI. Once again, Francis shows his indebtedness to Papa Montini.

The relativization of ordained ministry vis-à-vis the decision-making bodies of the curia will surely be the most obvious change wrought by the constitution. Among the most distinctive themes of Vatican II was the significance of baptism. Pope Pius XII's restoration of the Easter Vigil reminded the church of baptism's foundational quality, not just for the individual soul but for the church itself. But the conciliar texts were issued into a clerical culture that equated ordination with service too comprehensively.

Now Francis is betting the time is ripe to de-clericalize the culture of the curia. I do not think we will need to wait many years until a woman is named to head a Vatican dicastery. As theologian Natalia Imperatori-Lee told NCR: "To separate out governance or administration from orders means that orders is primarily a sacramental ministry and that governance then belongs to the whole people of God, which is as it should be."

Francis: If you are reading this, I am available to become prefect of the Dicastery for Bishops!

Now Francis is betting the time is ripe to de-clericalize the culture of the curia. I do not think we will need to wait many years until a woman is named to head a Vatican dicastery. 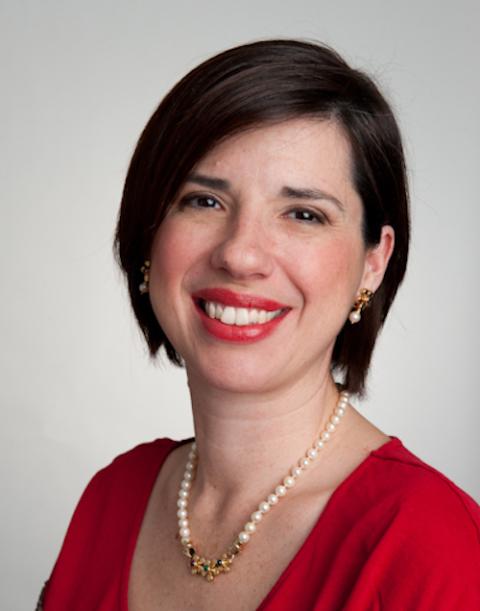 O'Malley, who has served on the Council of Cardinals that worked with Francis on the curial reforms, told NCR that "many of the reforms have already taken place." For example, the Dicastery for Promoting Integral Human Development was created in 2016, bringing together four pontifical councils under one roof. He added: "This constitution is the culmination of several years of consultation and implementation."

Cardinal Blase Cupich of Chicago spoke with my colleague Christopher White about the reforms that pertain to the Dicastery for Bishops, and specifically those situations when a bishop "breaks communion" with the pope and other bishops. "The episcopal conference has a role of stepping in and doing something before the Holy See becomes involved," said Cupich, who noted that he hopes the U.S. bishops' conference will have discussions of their own practices in light of the new constitution.

The recent decision to remove Bishop Daniel Fernandez Torres from the governance of the diocese of Arecibo, Puerto Rico, appears to have conformed to this new approach. In his statement objecting to his removal, Fernandez noted that while he was not accused of a canonical crime, the nuncio had told him he was being removed because he "had not been obedient to the Pope nor had he had sufficient communion with my brother bishops of Puerto Rico."

Cupich also confirmed he had been reappointed to a second five-year term on the crucially important dicastery. Note to the Vatican press office: Can you let us know when such appointments and renewals happen in real time?

Will these reforms work? Any reform of structures must be accompanied by a willingness among those who populate the structures to have an interior conversion. Just as the "internationalization" of the curia was sometimes frustrated by networks of Italian clerics, and turf wars between dicasteries are unlikely to entirely vanish, these reforms need to be engaged by all or at least most of those who work in the curia. The pope has offered the invitation. The conversion itself will require the efforts of many. And, at a time when communication at hyper-speed is taken for granted, the reforms will take time and demand patience. Long-lasting reforms, unlike a twitter rant, cannot be done in the twinkling of an eye.

Combined with the pope's desire for a more synodal church, a desire that also dovetails with this new constitution, Praedicate Evangelium illustrates that the reception of the Second Vatican Council is still in progress. It follows two previous post-conciliar apostolic constitutions reforming the curia, Regimini ecclesiae universae issued in 1967 shortly after the close of the Council, and John Paul II's 1988 reform Pastor Bonus.

Now, Francis has brought to the task of curial reform the distinctive experiences and insights drawn from the post-conciliar experience of the church in Latin America. The reception of the council in Latin America was the most theologically fecund of any region, and the specifically Argentine contribution, the theology of the people, seems to many as the most consonant with Vatican II.

Church historians like to say it takes 100 years to receive a council. This new document helps orient the Roman curia for the last 40 years of the reception of Vatican II. The seeds are being watered. The harvest may not come until the next papacy, or the one after that. It is given to none of us to see so far in advance. That does not detract from the significance of what Francis has done.