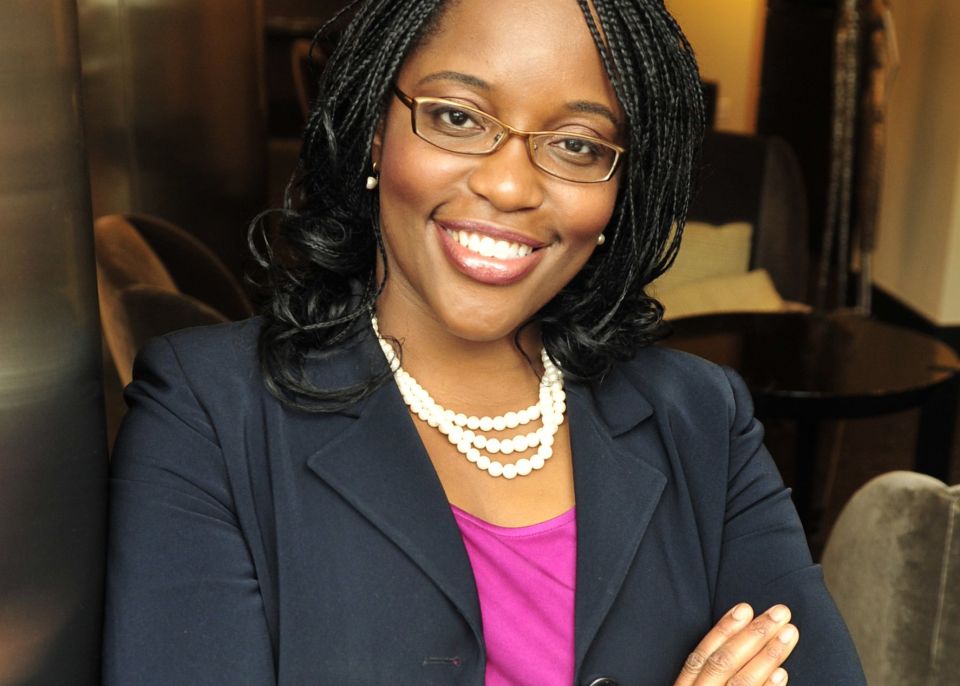 WASHINGTON — Catholic college leaders hardly need reminding that they work in challenging times, but during the Feb. 7 closing session of their annual meeting, they got just that.

"We at the Department of Education thank you for what you've been doing; it's been remarkable," said Michelle Asha Cooper, who is the federal agency's deputy assistant secretary for higher education programs.

Cooper was introduced by Holy Cross Father Thomas Looney, president of King's College in Wilkes-Barre, Pennsylvania, who pointed out that Cooper's first job was at his school.

At the Catholic college, she worked in multicultural and international affairs before serving on the school's strategic planning committee.

The Education Department official urged participants at the annual meeting of the Association of Catholic Colleges and Universities to continue to "step up and lead in the best way you can," reminding them that their work is not just preparing students for jobs but also for service: to address hunger, poverty and injustice.

"It's a big responsibility, but you don't have to do it alone," she said, urging them to recognize they have partners at the Education Department and adding: "If we are going to get to where we need, it will take all of us."

She got applause from the group when she mentioned the need to simplify the Free Application for Federal Student Aid forms, or FASFA, and to increase funds in the federal Pell Grants, need-based student aid that does not need to be repaid.

They also applauded her comments about the Education Department working to tackle college affordability and wanting to work in particular with Catholic colleges that provide opportunities to students in need.

"I know there is no one size fits all with Catholic universities," she said.

Cooper said that during some of the travels she was able to do this past year, she spoke with students from Mercy College in the Bronx borough of New York and heard how they had experienced "unimaginable trauma" from the COVID-19 pandemic, but they also "believed so strongly in the power of education."

And noting the pandemic has led to a growing decline in student enrollment in colleges and universities nationwide, she said schools need to get back "these students, like those you work with, who reflect the heart and soul" of higher education.

She also noted the pandemic has put a national spotlight on the lack of broadband access, among other things.

"We need your leadership even more than before," she told the Catholic college and university leaders, emphasizing the pandemic's "crippling effect on people of color and those in rural communities."

She stressed that higher education — post-pandemic — should not go back to the way things were, especially with student financing and loans.

The ACCU's Feb. 5-7 meeting took place in-person in Washington after being virtual last year. During the gathering, the school leaders looked at challenges they face with sponsorship, staying true to their mission and encouraging participation in the current synod consultation process.

The gathering began with an awards presentation that honored Donna Carroll, former president at Dominican University, outside of Chicago, with the Father Theodore Hesburgh Award.

The award, named for the Holy Cross priest who was longtime president of the University of Notre Dame, honors outstanding contributions and extended service to Catholic higher education. Carroll, who was Dominican University's president for 27 years, was nationally known for her commitment to students in the country without legal permission.

SNAP disputes assessment of Dallas charter at its 20th anniversary

'He is going to change the world': Funeral held for Floyd

AOC's favorite biblical story is mired in a dark, anti-Jewish past