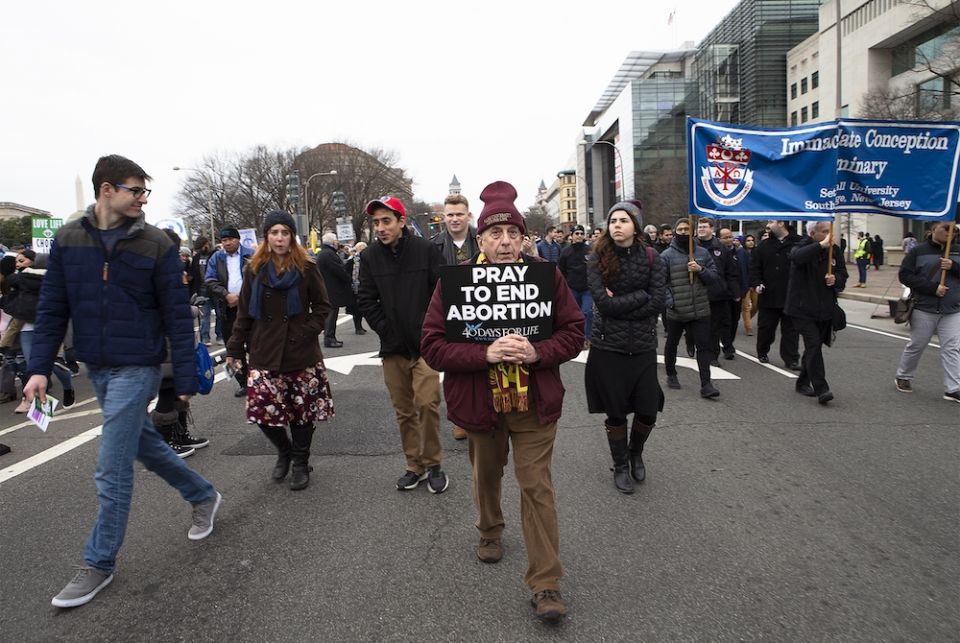 People walk up Constitution Avenue headed toward the U.S. Supreme Court while participating in the 47th annual March for Life in Washington Jan. 24. (CNS/Tyler Orsburn)

With less than two weeks to go until Election Day, a number of U.S. bishops are weighing in, with some seeking to make the presidential election a referendum on candidates' stances on abortion, while others are arguing against single-issue voting.

What began last year as a debate among the bishops over what emphasis to place on abortion in their official voting guide continues to spill out into public through a series of virtual conferences, newspaper columns and on social media.

On Oct. 12, Bishop Robert McElroy of San Diego virtually addressed St. Mary's College, where, in a lecture published by NCR, he said that when it comes to questions of public policy, abortion legislation is a matter of prudential judgment.

Since the Catholic Church teaches that some actions, including abortion, are "intrinsically evil," meaning that they are "always and everywhere wrong," he noted that some church leaders have claimed that "candidates who seek laws opposing intrinsically evil actions automatically have a primary claim to political support in the Catholic conscience." 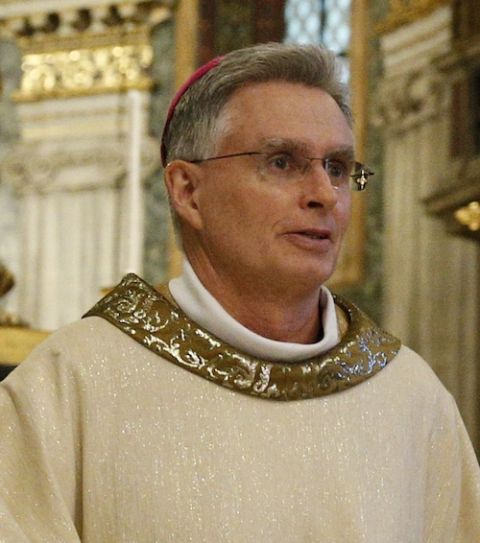 Bishop Thomas Daly of the Diocese of Spokane, Washington, pictured at the Basilica of St. Mary Major in Rome Feb. 6 (CNS/Paul Haring)

"While a specific act of abortion is intrinsically evil, the formulation of individual laws regarding abortion is not," he said.

Bishop Thomas Daly of Spokane, Washington, criticized McElroy, saying that "one of the most important roles of a bishop is to teach, and he never mentions the Church's teaching that abortion is the 'preeminent' moral issue for Catholics," a reference to the introductory letter of "Forming Consciences for Faithful Citizenship," the official voting guide produced by the U.S. bishops.

That guide states that "the threat of abortion remains our preeminent priority because it directly attacks life itself, because it takes place within the sanctuary of the family and because of the number of lives destroyed." The bishops voted to include that language after a heated debate at their November 2019 meeting, promoted by concern from some bishops, including McElroy, that such language did not accurately reflect Pope Francis' desire not to reduce church teaching to a single issue. 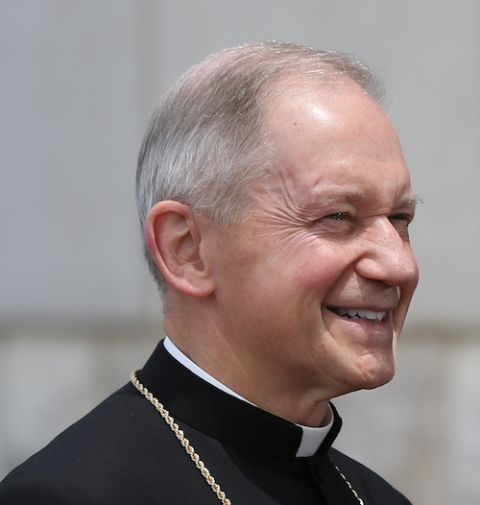 Daly's criticism's of McElroy appeared in the National Catholic Register, where he also said that McElroy's remarks "effectively constituted a defense of Biden and other prominent Catholic elected officials who publicly support unrestricted abortion."

"But if abortion is intrinsically evil, which Bishop McElroy admits to, how can Catholics vote for a candidate like Biden?" asked Daly.

On Oct. 17, the National Catholic Register also published an op-ed from its publisher, Michael Warsaw, arguing that the election "isn't really between Donald Trump and Joe Biden. It is a choice between two completely different views of America. That difference is philosophical, not simply personal."

According to Warsaw, president of the Trump-friendly and predominantly anti-Francis Catholic news conglomerate EWTN, "one campaign has built itself on the notion that America is a great country, with much to offer … against it is rising a progressive view that is increasingly popular in many colleges and universities and the news media and with protesters and rioters and even in political circles."

Commenting on the recent debate between McElroy and Daly, Bishop John Stowe of Lexington, Kentucky, said the introduction of the phrase "preeminent priority" has "been problematic."

"Bishop McElroy makes a very good case that intrinsic means that the act by itself can't be justified in any context. It doesn't mean it has more urgency or more priority or more importance than some of the other issues," said Stowe, noting that many acts are defined by the church as intrinsically evil.

Voting and Catholicism: A Critical Discussion of Forming Consciences for Faithful Citizenship

Oct. 22, 2020, video of the 2020 Markoe-DePorres Lecture from Creighton University featuring Bishop John Stowe and Cathleen Kaveny, professor of theology and law at Boston College: "Voting and Catholicism: A Critical Discussion of Forming Consciences for Faithful Citizenship"

"Now when you say preeminent priority," he added, "then it does put it [abortion] to the top of the list, and I can understand that logically, but I think you can also make a logical case that if you don't have an environment that sustains life, if the planet is on the verge of destruction, how is that not the preeminent issue if you talk about what comes first?"

Stowe's remarks were made during an Oct. 20 virtual discussion on "Voting and Catholicism: A Critical Discussion of Forming Consciences for Faithful Citizenship," sponsored by the Justice and Peace Studies Program at Creighton University.

Bishop Thomas Paprocki of Springfield, Illinois, has also used his regular diocesan column to argue that abortion is the preeminent issue facing voters in this election.

"To say that an issue is 'preeminent' does not mean that it is the only issue, but that it surpasses all others in importance," he wrote on Sept. 20. "It is preeminent in that it is the basic human right on which all other rights depend. After all, if a baby is killed before birth, that person will never be able to exercise any other human rights."

If we fail to protect life at it’s most innocent and vulnerable stage, in the womb, what guarantee is there that life will respected and protected at any stage? #courageouslyliving pic.twitter.com/pJ8FwUqOae

On Twitter, Bishop Gregory Parkes of St. Petersburg, Florida, wrote that "If we fail to protect life at it's [sic] most innocent and vulnerable stage, in the womb, what guarantee is there that life will respected and protected at any stage?"

Bishop Joseph Strickland of Tyler, Texas, issued a similar message: "USE YOUR VOTE TO STOP ABORTION! It is the greatest moral imperative of our time," he tweeted on Oct. 20. "The issues that plague us are countless but to vote for a candidate who promotes the killing of unborn children is to support that killing. IT IS THE PRE-EMINENT ISSUE of this election. USE YOUR VOTE."

By contrast, Cardinal Blase Cupich of Chicago took to Twitter and quoted a passage from "Faithful Citizenship."

"We bishops do not intend to tell Catholics for whom or against whom to vote," he wrote. "We recognize that the responsibility to make choices in political life rests with each individual in light of a properly formed conscience."

“We bishops do not intend to tell Catholics for whom or against whom to vote.... We recognize that the responsibility to make choices in political life rests with each individual in light of a properly formed conscience.” -- @USCCB, “Faithful Citizenship”