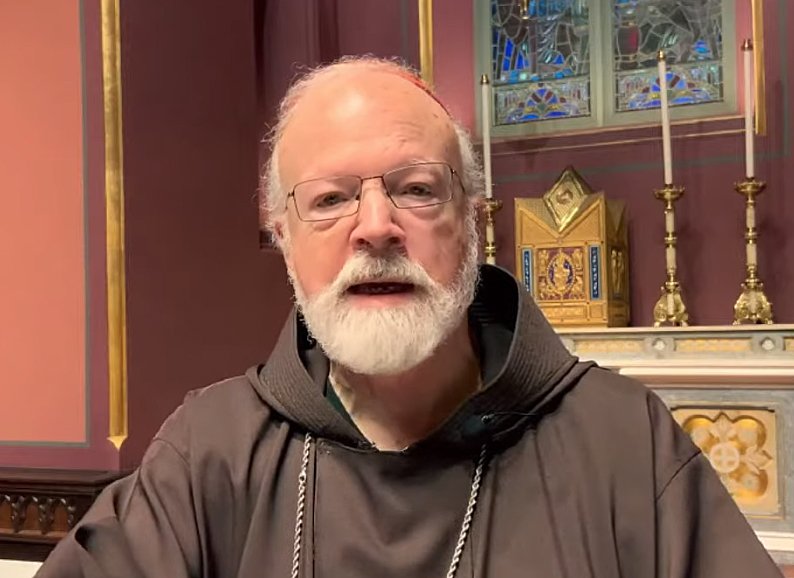 U.S. Cardinal Sean O'Malley, president of the Pontifical Commission for the Protection of Minors, is pictured taking part in a safe environment congress held online and onsite in Rome Nov. 4, 2021. (CNS screenshot/SAFE project)

ROME — Boston Cardinal Sean O'Malley on Dec. 17 defended Pope Francis against criticisms from the U.S.-based Eternal Word Television Network, known as EWTN, saying the Catholic media empire's attacks on Francis are not representative of how most Catholics view the pope.

"The Holy Father himself has commented on the situation of the EWTN television (large American Catholic network), where many times the commentators are very critical of the Holy Father, at least of his ideas," said O'Malley in an interview with Argentine daily newspaper La Nación. 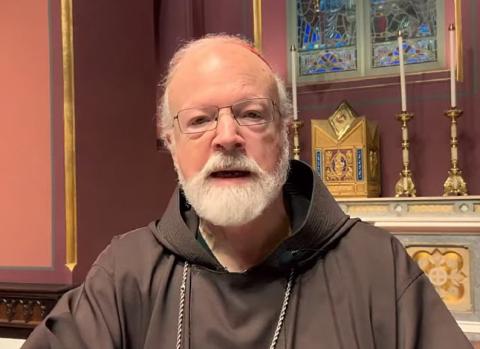 U.S. Cardinal Sean O'Malley, president of the Pontifical Commission for the Protection of Minors, is pictured taking part in a safe environment congress held online and onsite in Rome Nov. 4, 2021. (CNS screenshot/SAFE project)

O'Malley's remarks come after Francis' own comments during a Sept. meeting with Jesuits in Slovakia where he singled out "a large Catholic television channel that has no hesitation in continually speaking ill of the pope."

The pope's remarks were widely viewed as a thinly veiled criticism of EWTN, known for its regular antagonistic coverage of Pope Francis and partisan political focus.

"I personally deserve attacks and insults because I am a sinner, but the church does not deserve them," Francis said at the time. "They are the work of the devil. I have also said this to some of them."

O'Malley, a reserved Capuchin friar turned cardinal, is known for rarely inserting himself directly into public debates over ecclessial politics. Yet his criticism of EWTN follows a series of comments from church leaders expressing concern about the divisive network.

In an interview with NCR in January, Lexington, Kentucky Bishop John Stowe described the network as being "hostile to the teachings of Pope Francis."

In his 2020 book, The Outsider: Pope Francis and His Battle to Reform the Church, British Vatican journalist Christopher Lamb reported that the the apostolic nuncio to the United States, Archbishop Christophe Pierre, had expressed displeasure to EWTN CEO Michael Warsaw over the network's coverage of the papacy.

Warsaw is a consultor to the Vatican's Dicastery for Communications. To date, the president of the U.S. bishops' conference, Archbishop Jose Gomez, also remains an EWTN board member.

Despite concerns over the network, which operates the largest Catholic television network in the world, O'Malley said the "vast majority of Catholics love the Holy Father very much."

O'Malley, who was just in Rome to participate in meetings for the pope's Council of Cardinals, said Francis, who turned 85 on Dec. 17, is "strong and energetic" and dismissed reports that the pope is in poor health.

"I see that the Holy Father is in good health and with great courage, and a lot of desire to continue with his ministry," he said.

While the Boston cardinal, himself 77-years-old, said he hopes the pope will continue to press ahead with the papal agenda, he acknowledged that there are "people who would like to see a new pontificate" and that the U.S. bishops' conference is "polarized."

O'Malley added that "it is difficult to put a percentage of the opponents" and also noted that there are "young conservative clergy" who hold distorted views of Francis due to the influence of social media.

Along with serving as one of Francis' top cardinal advisors and the chairman of the Papal Foundation, O'Malley is also the head of the Pontifical Commission for the Protection of Minors, which met in Rome Dec. 12-14.

In his interview with La Nación, O'Malley said the church must continue to pursue "transparency and zero tolerance" [of abusive priests].

"There is nothing more important in the Church at this time, because if we do not solve the problem of sexual abuse and the protection of minors, how are we going to carry out evangelization?," he said. "People will not trust us."

A version of this story appeared in the Jan 7-20, 2022 print issue under the headline: O'Malley defends Francis against EWTN critics.