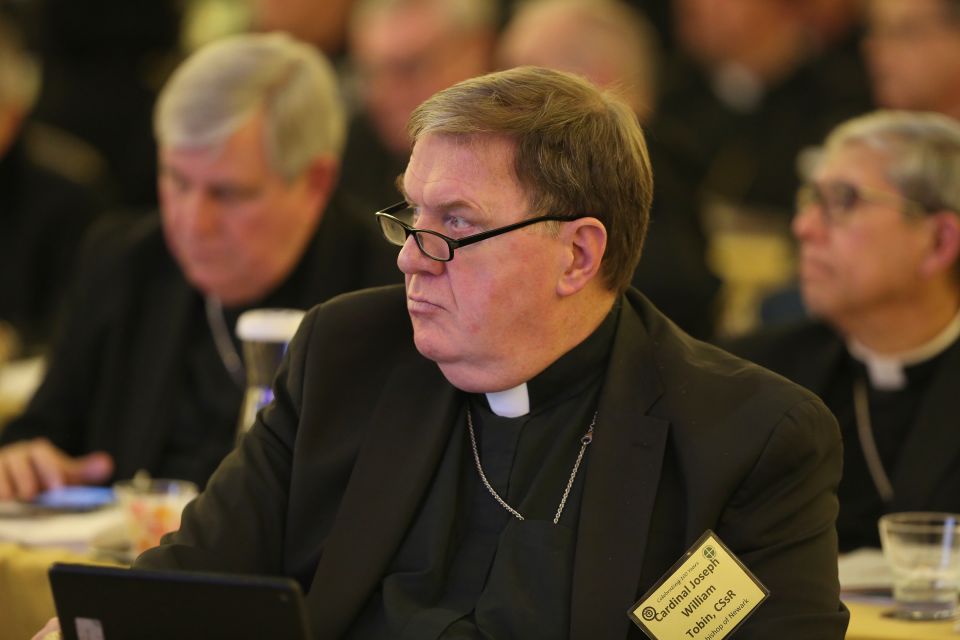 Cardinal Joseph Tobin of Newark, N.J., listens to a speaker Nov. 13 during the fall general assembly of the U.S. Conference of Catholic Bishops in Baltimore. (CNS/Bob Roller)

Washington — Cardinal Joseph Tobin of Newark, New Jersey, has apologized for a tweet that sent Twitter tongues tweeting -- and accusing -- late Feb. 22 when he wished someone "Nighty-night, baby, I love you" on the public part of his feed.

"The tweet was a private message to one of his sisters that went out inadvertently to his followers," said Jim Goodness, director of communications for the Archdiocese of Newark, in a Feb. 23 email to Catholic News Service. "The cardinal has sent out a new tweet today to all of his followers and isn't going to be commenting beyond that."

Fringe groups angry at him for his different stances on immigration and other social issues were quick to pounce on him on Twitter.

The cardinal, whose tweets are sparse -- the last one before the tweet in question went out Nov. 16 -- explained the incident the following day.

"Sitting on a plane last Wednesday evening, I mistakenly tweeted a message meant as a private communication with one of my sisters. When I arrived in Newark two hours later, friends informed me of the error and I immediately removed it," he tweeted Feb. 23. "However, the tweet continues to be widely diffused and has sown some misunderstanding. I want to apologize to the priests and faithful of the Archdiocese of Newark if my carelessness has caused any confusion or embarrassment. I promise to be more careful with future use of media."

The original tweet included information about his flight, saying he was "supposed to be airborne in 10 minutes."

Has the conservative Catholic project exhausted itself?