Cardinal Gregory, Sen.-elect Warnock have a history of collaboration 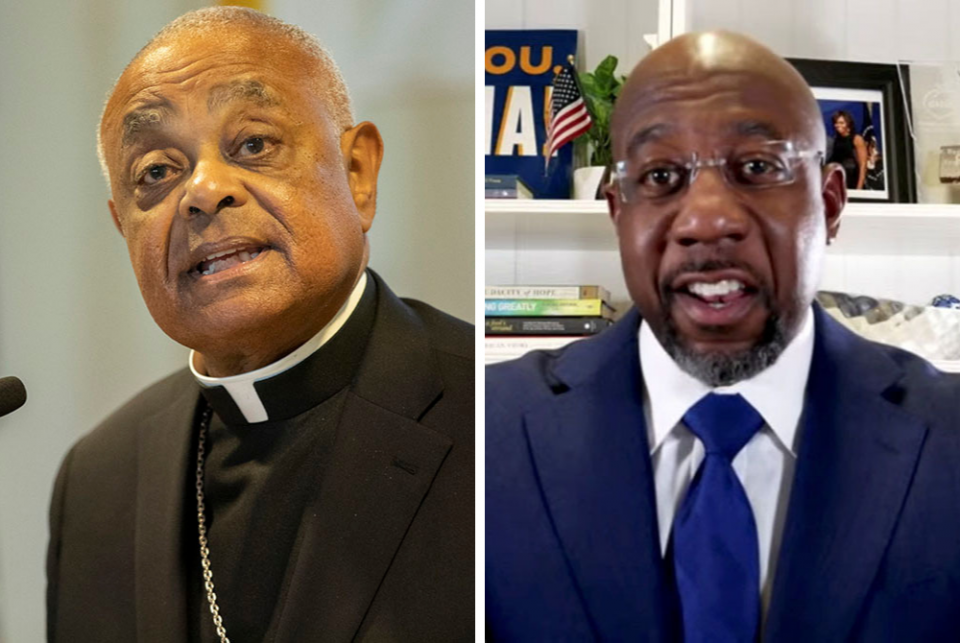 When the Rev. Raphael Warnock arrives in the nation's capital to take his Senate seat, he is likely to be welcomed by a collaborator from his home state of Georgia in the person of the city's Catholic archbishop, Cardinal Wilton Gregory.

In 2015, when Gregory, then archbishop of Atlanta, released a sweeping action plan to implement Pope Francis' groundbreaking environmental encyclical "Laudato Si', on Care for Our Common Home," he received the strong backing of Warnock.

In fact, the Ebenezer Baptist Church, where Warnock is senior pastor, went on to adopt parts of the archdiocese's plan for its own congregation.

Writing in the Archdiocese of Atlanta's newspaper, The Georgia Bulletin, in 2016, Gregory spoke of the broad ecumenical support the plan and the pope's priorities had received, including from Warnock.

"Both of these pastors see that this letter is not one that belongs exclusively to the Catholic Church but a letter written to all people of good will of every faith and those who might profess no particular religious faith," he wrote. "It's a letter written to every person on the planet that we share. The Catholic pontiff wrote it, but he addressed the letter to everyone."

Both Gregory and Warnock were among the state's most prominent African American religious leaders, and in 2013, Catholic Charities of Atlanta honored Warnock with its Archbishop John F. Donoghue Award for demonstrating "qualities of selfless service and devotion to helping others in need."

In accepting the award at a 2013 gala, Warnock praised the collaboration between the faith community and the nonprofit community, and in particular, he singled out Gregory.

"Archbishop Gregory makes us all proud," he told the crowd. 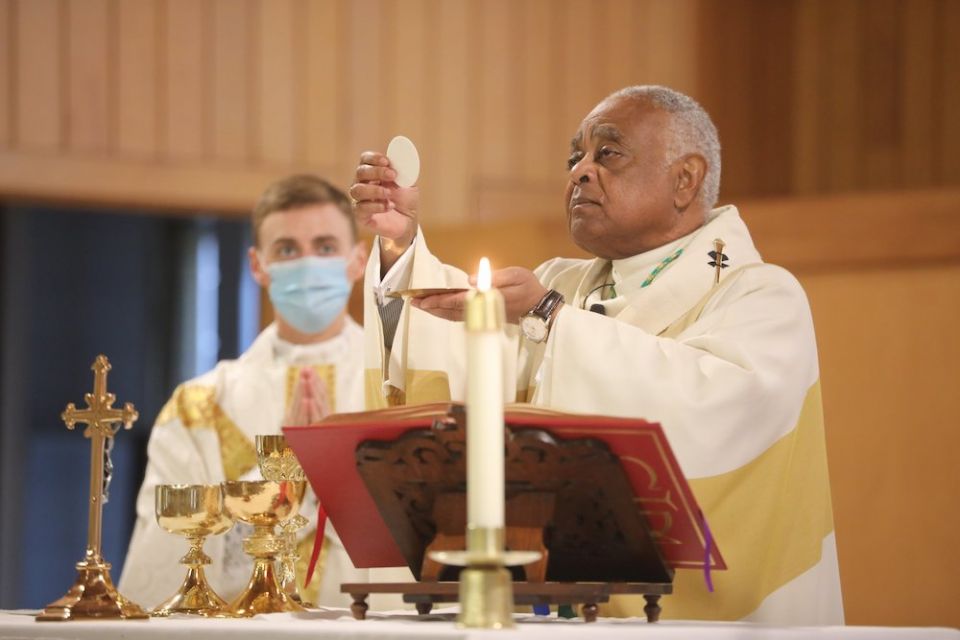 In some ways the two men's prominence in Georgia has dovetailed. Warnock was named pastor at Ebenezer Baptist, where the Rev. Martin Luther King Jr. once served as co-pastor, in 2005, the same year that Gregory was installed as Atlanta's archbishop.

Now, after a victory in a special election Jan. 5 where Warnock defeated Republican incumbent Kelly Loeffler, he heads to Washington where he will be a closely watched player in the 117th Congress and likely a critical partner of the Biden administration, which has been vocal about the open relationship it intends to have with people of faith.

In D.C., Warnock's old neighbor, Gregory, will likely walk a fine line in his relationship with the incoming administration. Some of his brother bishops prefer a stiff posture when it comes to dealing with the nation's second Catholic president.

Gregory, however, has chosen a different approach.

"I want to begin a relationship with him that allows us to have a serious conversation, knowing full well that there are issues that he and I will be diametrically opposed to, but hopefully also being able to capitalize on issues that we can advance together," Gregory told Religion News Service in December. "I don't want to go to the table with a gun on the table first."

While Warnock will undoubtedly face pressure from Catholics for his pro-choice stance on abortion, past precedent shows Gregory is likely to take the same approach as with Biden to dealing with Warnock in finding practical ways to collaborate.

In fact, they've done so before.

In 2012, the Archdiocese of Atlanta was one of the major financial partners in launching the Martin Luther King Sr. Community Resources Complex at Warnock's Ebenezer Baptist Church.

The center was built to help struggling families in Atlanta's historic Old Fourth Ward and was hoped to provide a national model for faith communities to collaborate with government agencies to help marginalized communities. It would go on to be the largest joint collaboration for Catholic Charities Atlanta.

Similarly, when Atlanta played host to the "People of Faith Against the Death Penalty" conference in 2010, a cause in which Gregory has been one of the leading crusaders against among the U.S. bishops, Warnock was on hand for the occasion.

Mass incarceration of African Americans, Warnock told the crowd, was "slavery by another name."

"The death penalty is the third rail of American politics," he continued. "Faith communities will have to lead the way."

Since the U.S. Catholic bishops have been among the most vocal opponents calling for an end to the federal executions reinstated by the Trump administration, when it comes time for them to pressure the Biden administration to do the same, Gregory may again turn to his Atlanta collaborator to help echo those calls.

A version of this story appeared in the Jan 22-Feb 4, 2021 print issue under the headline: Cardinal Gregory, Sen.-elect Warnock have a history of collaboration .

People | Cardinal Gregory, Sen.-elect Warnock have a history of collaboration

They may not vote as a bloc, but Latinos still can influence the election