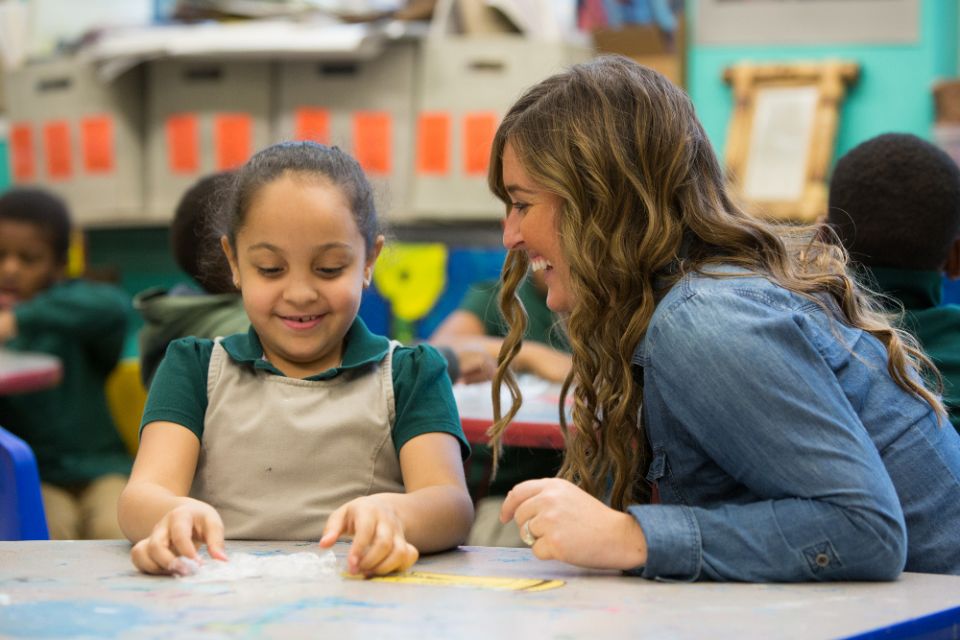 The role of schools is to instruct students in subjects like math and reading, said Mary Walsh, Kearns Professor of Urban Education and Innovative Leadership at Boston College, but the quality of academic instruction is not the only factor that determines schools' success.

"We know from developmental science that children develop along different domains — academic, social-emotional, health-wise and family-wise — all at the same time, and if something's not developing properly in one area, it can impact some or all of the others," Walsh said. "As educators, as school counselors, as parents, as health care providers, we're always trying to support the whole child as best we can."

In the early 1990s, Walsh, who has a background in clinical developmental psychology, began working with partners from Boston College, Boston public schools and community agencies to find a way to address all of the factors that affect student success. In 1999, she received a grant to begin planning what would eventually become the City Connects program.

City Connects, which was piloted in 2001 at six Boston public schools, now serves nearly 100 schools in 11 cities across five states. Its model of placing a full-time coordinator in schools to identify the strengths and needs of each child and connect him or her with services provided by community partners has had well-documented success.

After the first three years of the pilot, attendance and grades improved, while fewer students were being held back. As children who had been served by City Connects in elementary school moved on, they had higher scores on state tests during middle school — even though middle schools didn't yet have the program.

"That was a huge finding because it meant that not only did City Connects impact the students while they were in the program, but it had long-term consequences," said Walsh. "We eventually were able to follow those same kids into high school, and we found that the dropout rate for students that had City Connects in the first five grades was one-half of the kids that didn't have City Connects."

"Even if they're not exhibiting really severe intense needs, every student who has additional help is going to be more likely to succeed."

These results have stayed consistent as City Connects has expanded to various sites, including Catholic schools — which fund the program with grants from foundations — and charter schools. For reasons not yet understood, English language learners experience the most dramatic improvements when assisted by City Connects.

Encompassed by these statistics are the many individual children who had their lives affected by the program.

"I think the great thing about City Connects is they really look at every single child," said Laurie* Acker, a program manager for City Connects who works in Minnesota, supervising several school coordinators, networking with community partners and collecting data on the program. "Even if they're not exhibiting really severe intense needs, every student who has additional help is going to be more likely to succeed."

One way this happens is through a "whole class review" where the City Connects coordinator, the teacher, and a principal or other adult who knows the child get together and talk about the strengths and needs of each child in various domains.

"The coordinators are trained to really ask probing questions so instead of just 'can't sit still,' what does that look like? When does that happen? It might be that he hasn't eaten or he saw mom and dad fight last night," said Acker.

Traci Walker Griffith, principal of the Eliot K-8 Innovation School in Boston, told the story of a child who was struggling academically, "grumpy," and low-energy. Because of the City Connects system, a teacher called attention to the problem and the child visited a pediatrician, who determined that the child was iron deficient.

"Within a month he was surpassing all of the goals that we put forth for him academically," Griffith said. "In some schools, a boy falling asleep maybe might not have gotten the attention it needed … but because of this support system we had in place with City Connects, he's a thriving high school student."

When looking at every student, City Connects also pays attention to several areas of their lives in which they might have unmet needs. Resources community partners can provide include academic support, such as tutoring; physical and mental health care; food and housing for students' families; and enrichment activities such as summer camps.

"You can definitely see the kids that have had those interventions and those supports and resources that we've been providing since September," said Aliece Dutson, principal of Mission Grammar School, a Catholic school in Boston. "Looking at their January growth it's pretty impressive."

Dutson and Griffith both started at their schools over a decade ago, at around the same time City Connects was implemented, and have been able to see the transformation it brought. 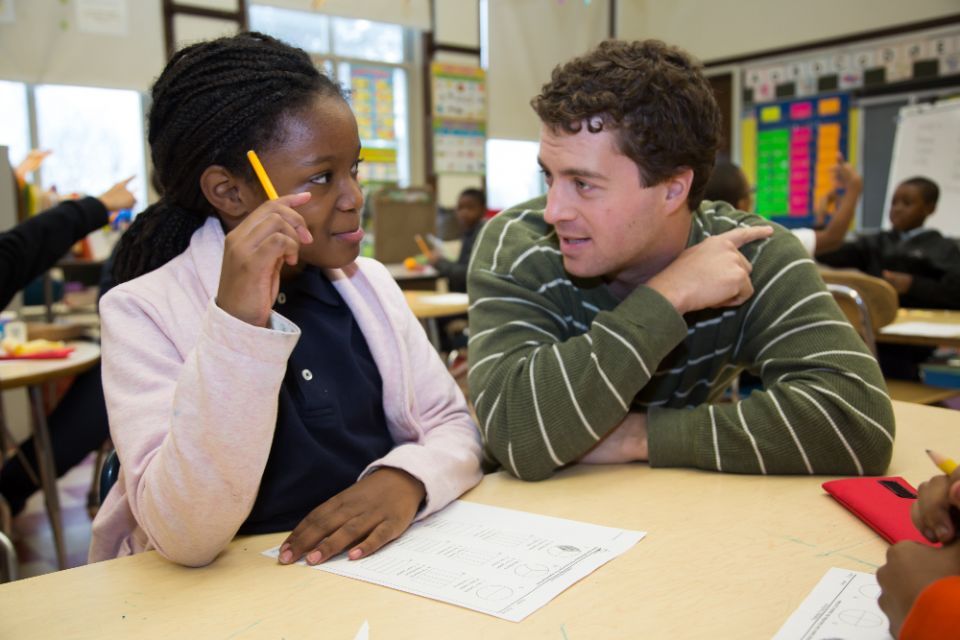 A City Connects coordinator works with a student in 2016. (Julie Dermansky)

Griffith's school had been designated a "commonwealth priority school" because of low performance; City Connects helped them be named an "accommodation school" for "showing improvement in closing opportunity and achievement gaps" within a few years.

"It's been really a metamorphosis to see the change over time for our community," said Dutson, who was a teacher at her small, Catholic school when City Connects was implemented. "Really getting to know my kids in those different domains and dimensions made a lot of sense to me as a first-year teacher and was a really interesting way of looking at all of my students through a different lens."

For Walsh, having planned a program that has real impacts on children and families is a natural fit with working for a Catholic university which is "taking its mission seriously to develop knowledge that enhances the human condition."

"Boston College is a Jesuit university and they have been behind this 1,000 percent," she added, "because they've said this is important for our mission as a university to improve the human condition, expand the human imagination and make the world more just."

*The spelling of Laurie Acker's name has been corrected

New York Catholics: a history of making a difference