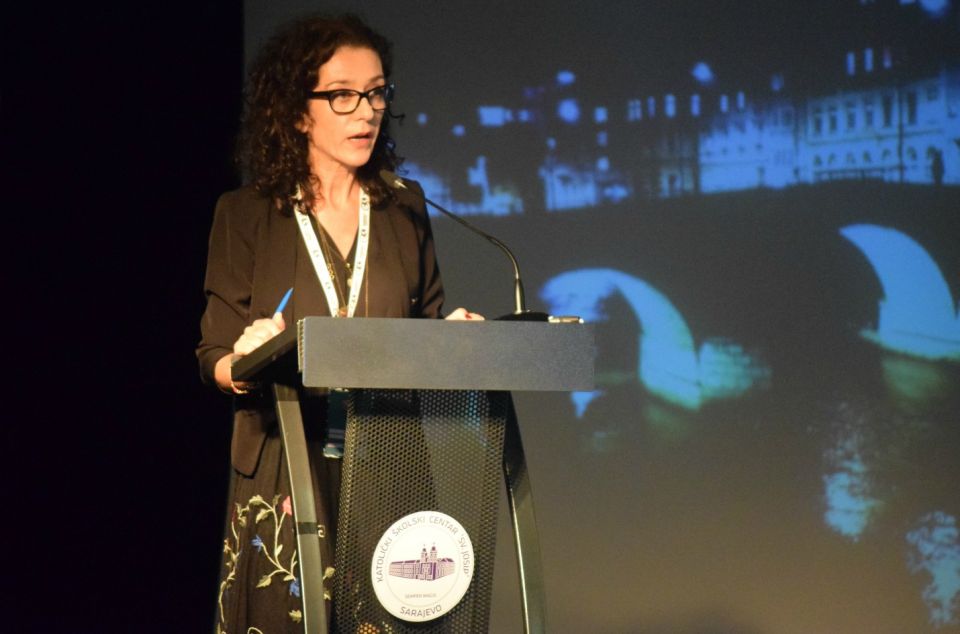 Sarajevo, Bosnia-Herzegovina — An international meeting of nearly 500 theologians placed emphasis during its second day on amplifying the voices of a rising generation of women in the field of ethics, highlighting how they are responding in unique ways to the rapid shifts in the global geopolitical environment.

Among the 17 speakers featured July 27 at "A Critical Time for Bridge-Building: Catholic Theological Ethics Today" were three who are the first women moral theologians in their respective countries: Bosnia-Herzegovina, India and Vietnam.

Speaking on a morning panel about the need for theologians to network across countries and continents, each of the women also encouraged the participants at the event, coming from some 80 nations, to give greater voice to their female colleagues.

As Mother Of Carmel Sr. Vimala Chenginimattam put it: "Moral theology can become rather contradictory if it does not develop from both genders." 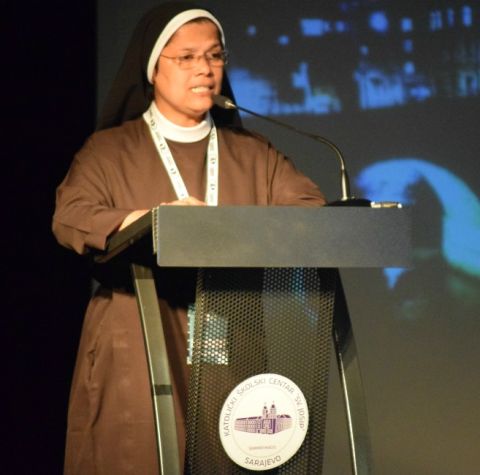 Chenginimattam, who teaches at the Dharmaram Vidya Kshetram in Bangalore, described how a priest had discouraged her from pursuing doctoral studies, pointing to other sisters who had started their doctorates but dropped out before graduating.

The priest, she said, gave her "the passion not only to continue ... but also to focus my thesis on women."

Zorica Maros, a laywoman teaching at the University of Sarajevo, recounted her appointment as the first female professor on the school's theological faculty. "It was quite confusing for both me and my colleagues," she joked.

Taking up the conference's theme of bridge-building, Maros called on the event's participants to come out of their "small, enclosed environments" and seek to dialogue together.

"Bridges are more important than houses ... because they serve all equally," she said. "They are the place where the greatest numbers of human needs mutually cross."

"Sincere dialogue is not just a method of thinking, but also becomes a way of being," said Maros. "Ethics, just like the bridge, is a symbol of human victory over the forces of nature."

The Sarajevo conference is being hosted by Catholic Theological Ethics in the World Church, a network of academics that began in 2002 and now includes some 1,000 members. The four-day event is unfolding with plenary talks, panel discussions and a slew of breakout sessions.

The conference opened July 26 with a surprise greeting from Pope Francis, who in a three-page note read aloud by Archbishop Luigi Pezzuto, the apostolic nuncio to Bosnia-Herzegovina, praised the event's focus on discerning how academics can better respond to shifting global politics.

The Catholic theological network has given special focus to raising-up women's voices. In one example, the group secured funding several years ago for seven African women to pursue doctorates at African Catholic universities. 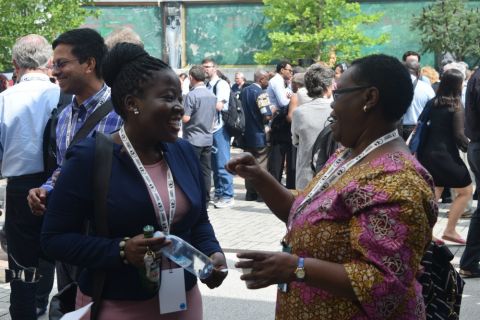 Several of those women have now earned their degrees and are attending the Sarajevo event. Organizers say women represent one-third of the conference's attendees.

The July 27 morning panel was opened by Italian Fr. Antonio Autiero, an emeritus professor at the University of Munster. Autiero emphasized the importance for theologians of speaking with parrhesia, or boldness, and in practicing perseverance.

Parrhesia, said Autiero, "creates a bridge on which ideas and knowledge can be circulated."

"This bridge makes it possible to recognize the reasoning of the other person and to share the hopes that unite us," he said. "In this sense, parrheisa does not lead to isolation. It allows us to construct networks and is an inestimable attitude that helps us to take a common stance."

Perseverance, said Autiero, "offers stability on the option that we are taking, both as individuals and as a collective."

Panels later in the day were organized to share theological voices from five continents.

Kenyan Franciscan Sr. Anne Celestine Oyier Ondigo Achieng reflected on the need to build up new societal and political structures across Africa. She said her continent has a "lack of structures to support the common good" and that common systems of structural violence include "governance by exclusion," child trafficking, poverty and corruption. 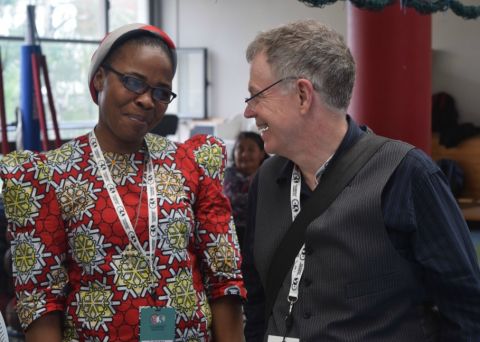 "How can we claim to be African leaders or even Africans when our people are dying of hunger ... and do not have a future?" Achieng asked. "Africa's unjust structures must be addressed ... [and] violent structures must become structures that demonstrate peace."

The Sarajevo conference is to continue July 28 with a plenary panel focused on considering how ethicists can respond to modern political crises.

Among those set to take part are: Jesuit Fr. George Kodithottam, of the Gujarat Vidya Deep Regional Seminary in Gujarat, India; Franciscan Fr. Ken Himes, of Boston College; and, Mary Yuen, of the Holy Spirit Seminary College in Hong Kong.

Later in the morning, Fr. Charles Curran, of Southern Methodist University in Dallas, will offer a plenary talk focused on how the Catholic tradition encourages theologians to get involved in contemporary issues.

Between two of the panels July 27, the theologians held a special memorial service for about a dozen colleagues who were involved in the network but have passed away.  Among those honored were Ugandan Fr. John Mary Waligo, U.S. Mercy Sr. Mary Gretchen Elliott, Irish Marist Fr. Sean Fagan, and Hong Kong Jesuit Fr. Lucas Chan.

As part of the ceremony, different conference participants shared biographical details of each of the deceased as another participant brought forward a lit candle, leaving it among others on the dais at the front of the auditorium.

A version of this story appeared in the Aug 10-23, 2018 print issue under the headline: Theology meeting amplifies women's voices .

'To understand the pope, one must follow him home'