Manila, Philippines — The Catholic Bishops' Conference of the Philippines elected Bishop Pablo Virgilio David of Caloocan as its new president July 8. He will begin his two-year term as head of the conference Dec. 1.

David, 62, who has served as the conference's vice president for the last four years, will replace outgoing president Archbishop Romulo Valles of Davao, reported ucanews.com. 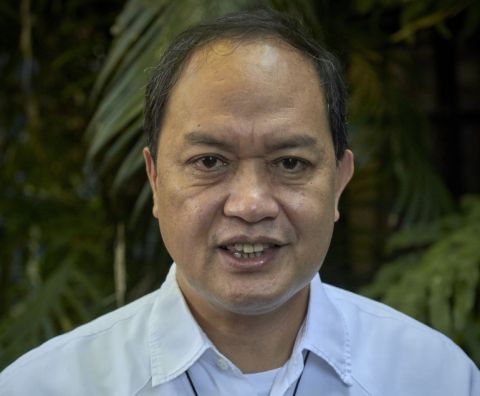 He is well known as a staunch critic of President Rodrigo Duterte's war on illegal drugs. In 2017, he likened the thousands of victims to "slaughtered sheep."

Duterte told David in 2019: "You know if you are a priest and you want to attack me ... Listen, you son of a whore, get out of your pulpit. Don't use religion. Come here. In the church, you attack me. When I fight back, this will be hit."

Ucanews.com reported the bishop was also among several priests accused of sedition after videos surfaced online accusing Duterte's family of being involved in illegal drug operations.

David's diocese in the Philippine capital, Manila, was among the first to congratulate him.

"It is with great joy that our shepherd ... has been elected the new president of the Catholic Bishops' Conference of the Philippines," it said in a Facebook post.

Ucanews.com reported David also holds a doctorate in theology from the Catholic University of Louvain in Belgium.