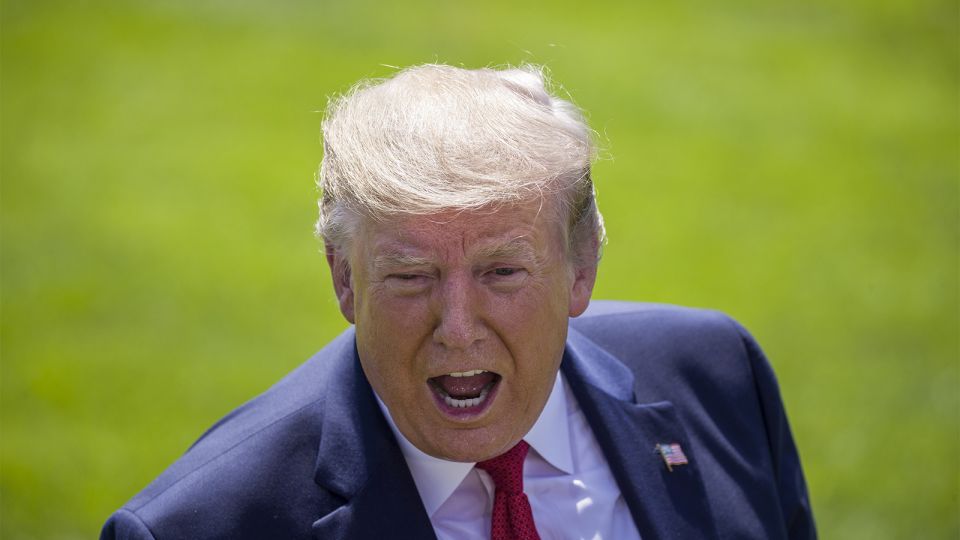 President Donald Trump speaks with reporters on the South Lawn of the White House, Aug. 21, 2019, in Washington. (RNS/AP/Alex Brandon)

Americans disagree over just about everything — from gender roles and immigration to impeachment to whether the country is on the right track.

But most agree that President Donald Trump’s personal conduct is an issue.

Three-quarters of Americans (73%) say they wish "Trump’s speech and behavior were more consistent with past presidents," according to a new report from the Public Religion Research Institute.

Faith groups agree, including a majority of black Protestants (81%), Hispanic Protestants (74%), white mainline Protestants (72%), Catholics (70%) and members of non-Christian faiths (69%). Americans with no religious affiliation (85%) also agree, as do a majority (albeit a smaller majority) of white evangelical Protestants (52%), who remain among Trump’s most ardent supporters.

Overall, faith groups and Americans in general "aren’t thrilled with Trump’s behavior," said Natalie Jackson, director of research for the Public Religon Research Institute. "Even a lot of Republicans would prefer that he acted more like past presidents."

Overall, American faith groups are divided about the future of the country and about Trump.

Two-thirds of white evangelicals (67%) say the country is going in the right direction. They are the only faith group to take that view, according to the Public Religion Research Institute. Less than half of white mainline Protestants (44%), Catholics (37%), Hispanic Protestants (33%), non-Christian faiths (26%), the unaffiliated (22%) or black Protestants (18%) agree.

While they may wish Trump would act like previous presidents, two-thirds (63%) of white evangelicals say he has not "damaged the dignity" of the presidency, according to the Public Religion Research Institute.

"Majorities of all other major religious groups agree that Trump has damaged the dignity of the presidency," reads the report.

Michael Wear, who worked on outreach to religious voters during both of Barack Obama’s presidential campaigns, was struck by evangelical views about the direction of the country.

"Those are incredibly, incredibly stunning numbers," said Wear, who is chief strategist and a member of the executive team for The And Campaign, which seeks to combine "biblical values and social justice."

"It’s as if we’re living in different countries," he said.

Marie Griffith, director of the John C. Danforth Center on Religion and Politics at Washington University in St. Louis, was surprised that relatively few Americans identified as religious progressives compared to those who called themselves Christian right or religious right.

Griffith suggested this may show unease with the word progressive, noting that many people "don’t really know what the term progressive means." She also pointed to what she called a surprising statistic: According to Public Religion Research Institute data supplied to Religion News Service, 14% of both black Protestants and white evangelicals say they believe the term "religiously progressive" describes them "very well" — higher than any other group.

"I really don’t know how to explain that unless it is partly confusion about what progressive means, (or) a desire to reclaim that term," said Griffith, author of "Moral Combat: How Sex Divided American Christians and Fractured American Politics."

Griffith also noted that among the religiously unaffiliated, 72% said they were "absolutely certain" to vote. She argued this could be an important shift, as the unaffiliated have been less likely to vote than religious conservatives in the past. 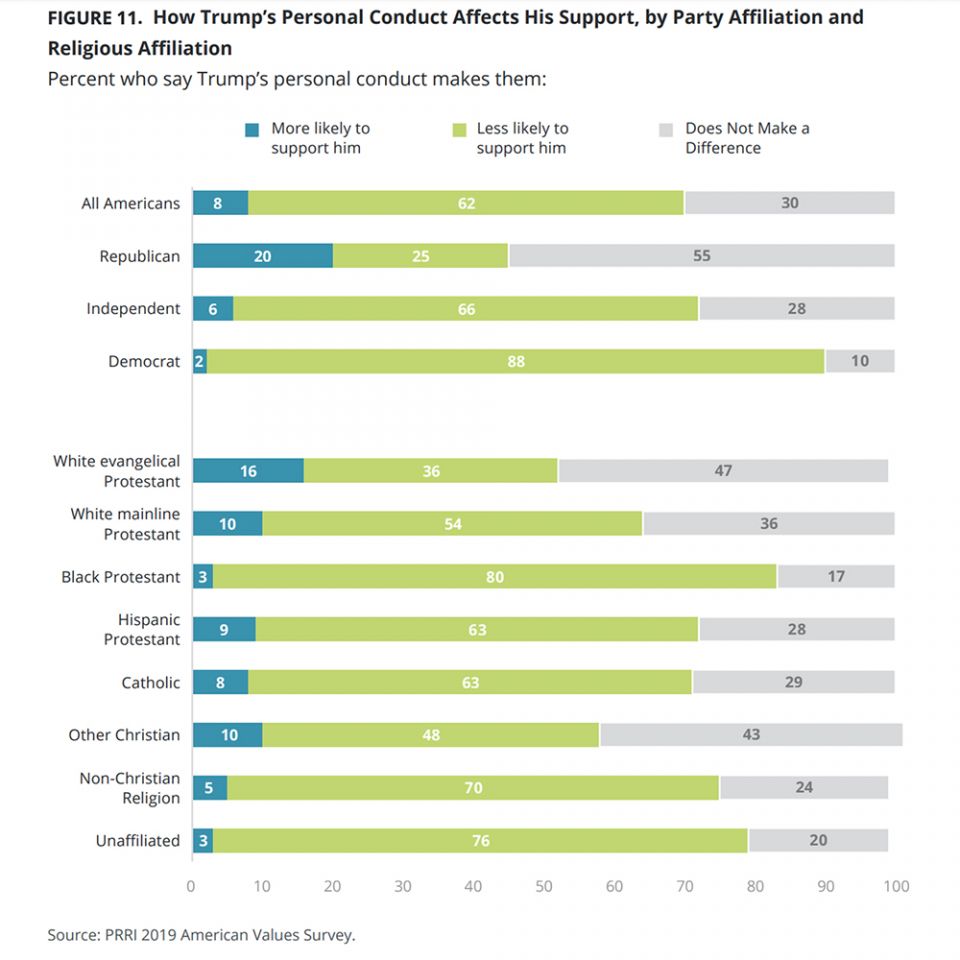 As part of the survey, the institute included two questions that were aimed to gauge the partisan divide in the United States, said Jackson. To do so, the survey asked Americans if they believed the Democratic Party was working to "make capitalism work for average Americans" or if it had "been taken over by socialists." Researchers also asked if the Republican Party "is trying to protect the American way of life against outside threats" or if it "has been taken over by racists."

The institute found that Americans who identify with a specific party tend to see the other in a negative light.

To impeach or not impeach

Will this year see a political realignment?

Impeachment, the Democrats and Putin's poodle

Links: Bloodlust of the 'most pro-life president'; Congress' guilty members