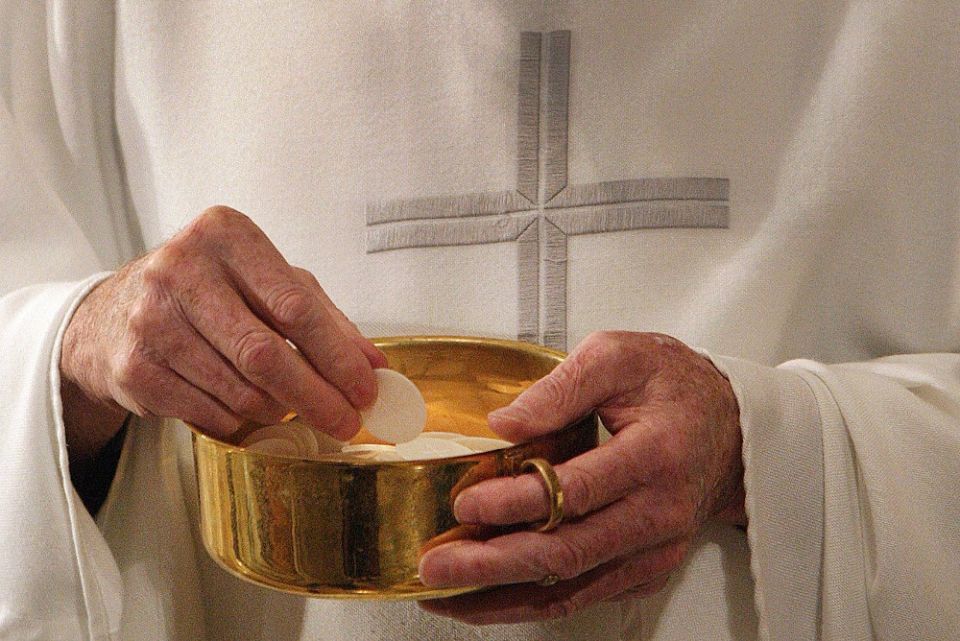 Washington — A group of Catholic Democrats in the House of Representatives is preparing a "statement of principles" to be released after a vote June 17 by the American Catholic bishops on a proposal to draft a document on the Eucharist that taps into ongoing debate regarding Communion and politicians who back abortion rights.

A representative for U.S. Rep. Rosa DeLauro, a Connecticut Democrat, confirmed the document exists and is forthcoming but did not offer details as to its content or signers.

The document comes amid ongoing debate over whether bishops should deny the Eucharist to elected officials who support abortion rights legislation. The bishops voted Thursday on whether to create a document on "eucharistic coherence," which may touch on the issue of Communion bans.

The scope of the document remains to be seen, and the U.S. bishops can't force any individual bishop to deny anyone Communion — each bishop has the power to decide that for his own diocese.

But approving the proposal to draft such a document would likely have implications for both the American church and President Joe Biden, who has made his Catholic faith a talking point. Most Catholics in Congress are Democrats, in addition, and Democrats for Life currently only considers three of them to be adequately "pro-life."

At the 2018 spring U.S. bishops' conference, Bishop Edward Weisenburger of Tucson, Arizona, suggested instituting "canonical penalties" (which includes denying Communion) for Catholics who participated in the Trump administration's policy of forcibly separating immigrant families along the U.S.-Mexico border. That proposal did not gain traction.

Feminists weigh in on draft registration for women