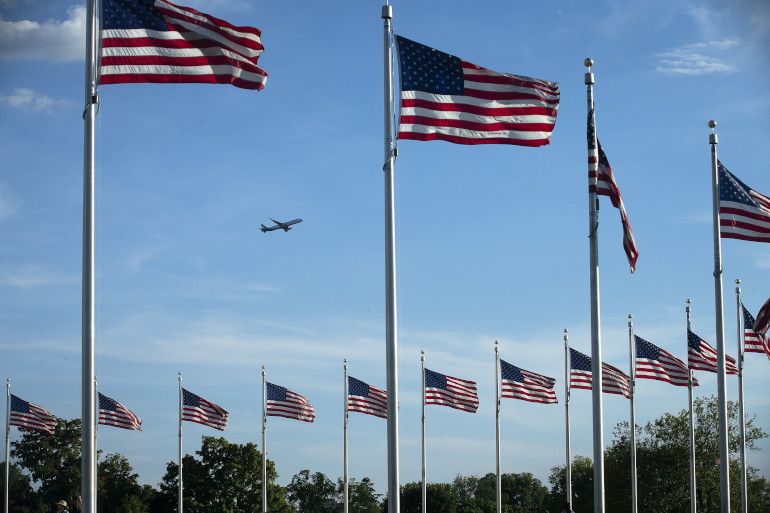 In the New York Times, former White House strategist David Axelrod urges Congress to avoid excluding from Medicaid funding larger long-term care facilities for people with intellectual disabilities, facilities like Misericordia in Chicago, where Mercy Sr. Rosemary Connelly and her team have created a unique and splendid home for Axelrod's daughter. The preference for home-based and small facility care "has hardened into dogma: All larger communities are bad. All small, neighborhood-based group homes are good." The dogma operative at Misericordia, a dogma that must be retained, is that God's grace is everywhere and it heals the broken-hearted. Why would the government want to disfavor such a miracle-producing place?

At The Week, Joel Mathis looks at the arguments from law professors like Nikolas Bowie and Noah Feldman that it is time to consider overturning that oldest of Supreme Court precedents, Marbury v. Madison, the 1803 decision which established the court's authority to conduct judicial review. Like Feldman, I think that this is a useful thought exercise but that, in the end, the legitimacy of the high court has done more to sustain democracy than to undermine it and we should leave judicial review alone.

In the Guardian, economist Nouriel Roubini warns that economic conditions are in place to invite a repeat of the stagflation that dogged the economy in the 1970s and the debt crisis of 2008. I am insufficiently schooled in economics to grasp whether or not Roubini is entirely correct, but anyone who reads the papers knows that central banks have left themselves with few arrows in their quiver should the economy go south.

At America, Gloria Purvis' new podcast featured an interview with Vincent Rougeau, the new president of the College of the Holy Cross in Worcester. Rougeau is the first layman and the first Black president of the school. His comments on Critical Race Theory were the single smartest thing I have heard on that controversial subject but the entire episode demonstrated that the future of Holy Cross is in good hands.

Heather Cox Richardson's "Letter from an American" for July 3 reminds us of something I neglected to point out in my July 4 column, namely, that while we have understandably been focusing in recent years on the limited extent of the freedom proclaimed by the founders -- their failure to include Black and Indigenous men and women of all colors and backgrounds within the scope of equality -- nonetheless, for their time, their proposition that "all men are created equal" was still quite radical. Through most of human history, very few, very wealthy and very powerful men -- and the occasional woman -- had ruled over the rest of humankind and few thought to question the arrangement. It is why no one should sneer at the Founding -- or at the Enlightenment -- for all its limitations.

In a similar vein, at the Washington Post, E.J. Dionne tells conservatives like Gerard Baker who lament progressive criticisms of American society to recall that our nation's greatest patriots have often been those who challenge us to acknowledge our imperfections and seek to better live out the meaning of our foundational creeds. He quotes what may have been President Barack Obama's best speech as president, his 2015 address marking the 50th anniversary of the "Bloody Sunday" march in Selma. From Obama's remarks:

"America is not stock photos or airbrushed history, or feeble attempts to define some of us as more American than others. We respect the past, but we don't pine for the past. We don't fear the future; we grab for it. America is not some fragile thing. We are large, in the words of Whitman, containing multitudes. We are boisterous and diverse and full of energy, perpetually young in spirit. That's why someone like John Lewis at the ripe old age of 25 could lead a mighty march."