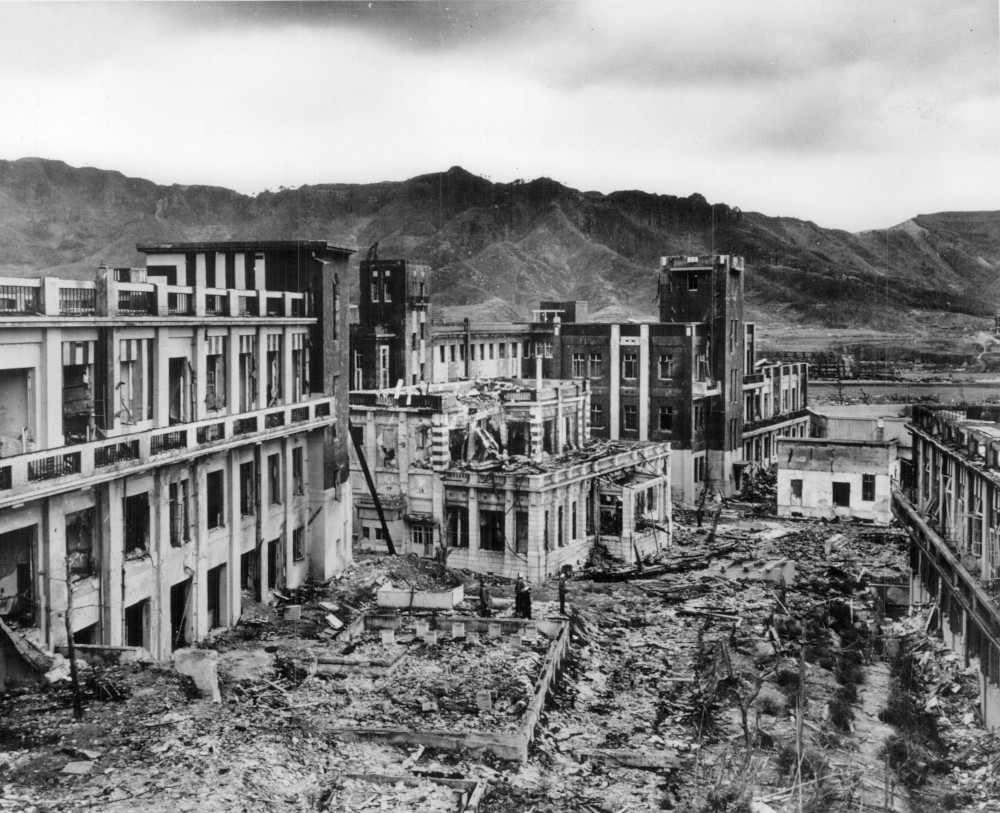 A New Mexico archbishop whose archdiocese is home to two major federal nuclear weapons research facilities and an Air Force base apologized for the atomic bombings of Japan and to Indigenous New Mexicans, uranium miners and scientists suffering from ill health related to the nuclear weapons industry.

Archbishop John Wester of Santa Fe said the time has come for the world to fervently work to undertake the long process to achieve nuclear disarmament.

He made the comments in a homily during a Mass Aug. 9 marking the 77th anniversary of the bombing of Nagasaki, Japan.

The atomic bomb blast over Nagasaki was the second in four days carried out by the U.S. military in 1945. The first use of an atomic bomb in war occurred Aug. 6, 1945, over Hiroshima, Japan. The twin bombings led to an estimated 214,000 deaths and led to the end of the World War II.

He called on American and Japanese people to "drive the international will to ensure that nuclear weapons are never used again."

The appeal follows the January release of his pastoral letter, "Living in the Light of Christ's Peace: A Conversation Toward Nuclear Disarmament." In it, he invited people in New Mexico in particular, but around the world as well to begin conversations on how to end the nuclear threat facing the planet.

Wester said he believes the Santa Fe Archdiocese must lead the call for nuclear disarmament because it is where the Los Alamos and Sandia national laboratories are located. The labs conducts high-level weapons research and development.

The archbishop's apology extended to other communities of people affected by research, development and manufacturing of nuclear weapons:

Radioactive fallout from the first atomic test explosion July 16, 1945, blanketed the basin. Residents have experienced high rates of cancer, including rare forms of the disease, according to numerous studies by health experts.

Wester recognized the work of several members of Catholic parishes in the affected area who have seen family members die from cancer. He also pointed to their work for "just compensation" from the federal government for survivors and their families through the Tularosa Basin Downwinders Consortium.

He also lamented plans by the federal government to spend up to $2 trillion over the next 30 years to modernize weapons and build new missiles, submarines and bombers to deliver them.

"This is nuclear weapons forever," he said. "We are in a new nuclear arms race that is arguably more dangerous than the first."

After the Mass, Wester joined a panel discussion that included ecumenical leaders to talk about ways to work for nuclear disarmament. The panel was the first sponsored by the Santa Fe Archdiocese since the archbishop issued a pastoral letter.

Participants commended the archbishop for issuing the pastoral letter, saying that it can inspire people of faith to join discussions and mount a campaign to rid the world of volatile nuclear weapons.

"It is my belief that Jesus of Nazareth called us to challenge the powers and principalities of empire and to recover and restore the blessing of God to the people of God," the Rev. Holly Beaumont, organizing director of Interfaith Worker Justice-New Mexico, said of the work necessary to dismantle nuclear weapon stockpiles.

Regis Pecos, a Catholic who is co-director of the Leadership Institute of Santa Fe Indian School, said that the tradition of the Keresan-speaking people requires members to speak against threats to humanity, including nuclear weapons. He said the need to eliminate weapons of war demonstrates personal responsibility that demonstrates care for one another.

"I challenge us at the most personal level," he said, "to ask ourselves, 'How do we live each day? Do we live each day consistent with the core values of faith, love and compassion ... for one another?'"

He also suggested that people concerned about the detrimental economic and environmental effects of the nuclear weapons industry to seek out and encourage the sharing of the personal stories of people affected by nuclear testing, illness and forced removal from traditional lands.

A Buddhist, Roshi Joan Halifax, founder of the Upaya Zen Center in Santa Fe, urged people to understand human suffering and to strive for "being peace" in the world.

She also encouraged each person to expand their "moral circle" and "practice radical inclusion" of all life on earth to understand the imperative of acting to eliminate nuclear weapons.