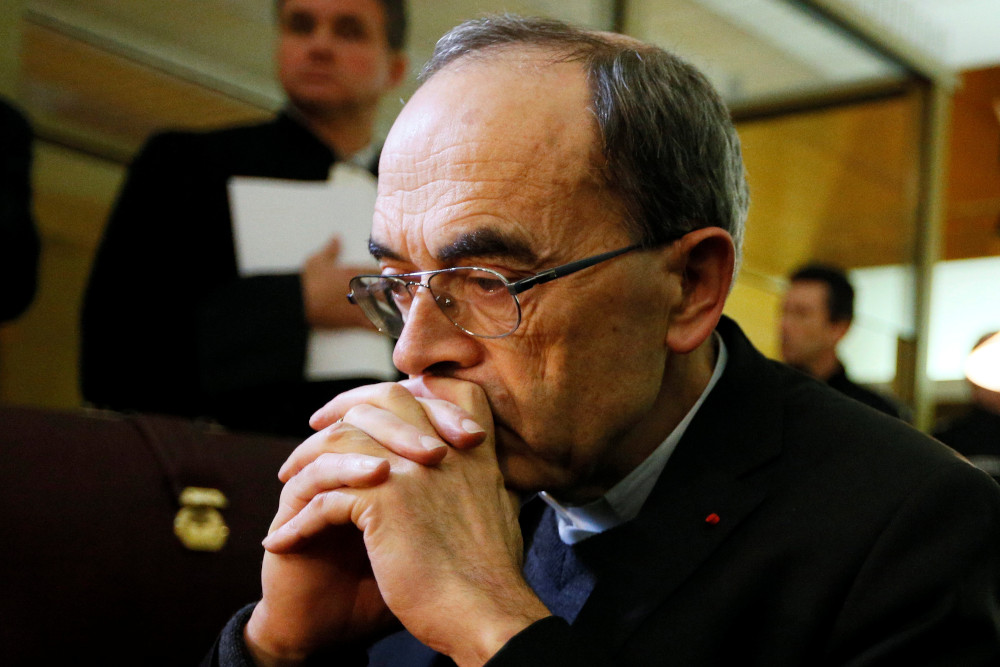 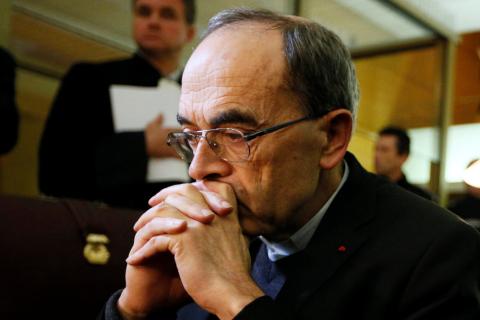 Pope Francis on March 6 accepted the resignation of a French cardinal who was convicted and then acquitted of covering up for a pedophile priest in a case that fueled a reckoning over clergy sexual abuse in France.

Lyon Cardinal Philippe Barbarin, 69, had offered to resign when the Lyon court in March 2019 first convicted him and gave him a six-month suspended sentence for failing to report the predator priest to police.

Francis declined to accept it then, saying he wanted to wait for the outcome of the appeal. He allowed Barbarin to step aside and turn the day-to-day running of the archdiocese over to his deputy.

In January, after an appeals court acquitted Barbarin, the cardinal said he would again ask Francis to accept his resignation. He said he hoped his departure would allow for the church in Lyon to "open a new chapter" with new leadership.

In a tweet sent March 6 from an account that now labels him "emeritus" archbishop, Barbarin thanked members of his flock and offered them a final prayer: "Follow Jesus closely."

Francis didn't name a replacement archbishop on March 6. A brief Vatican statement merely said he had accepted the resignation. At 69, Barbarin is six years shy of the normal retirement age for bishops.

The French bishops' conference said Monsignor Michel Dubost would continue serving as temporary administrator until a new archbishop is announced. The bishops said in a statement that they prayed the Lyon church would "follow the work of truth and reconciliation that it has begun and renew its missionary zeal with a pure heart."

Barbarin had been accused of failing to report the Rev. Bernard Preynat to civil authorities when he learned of his abuse. Preynat has confessed to abusing Boy Scouts in the 1970s and 1980s. His victims accuse Barbarin and other church authorities of covering up for him for years.

Barbarin told the appeal hearing that he followed Vatican instructions in his handling of the case.

Preynat's is on trial in Lyon. During days of testimony earlier this year, he said he couldn't recall exactly how many boys he abused but gave an estimate of at least 75.

He testified that his bishops knew of his attraction to young boys but that none of them acted to stop or report him. Preynat was defrocked in July, about 40 years after parents first wrote to the Lyon diocese to raise alarms about the priest.