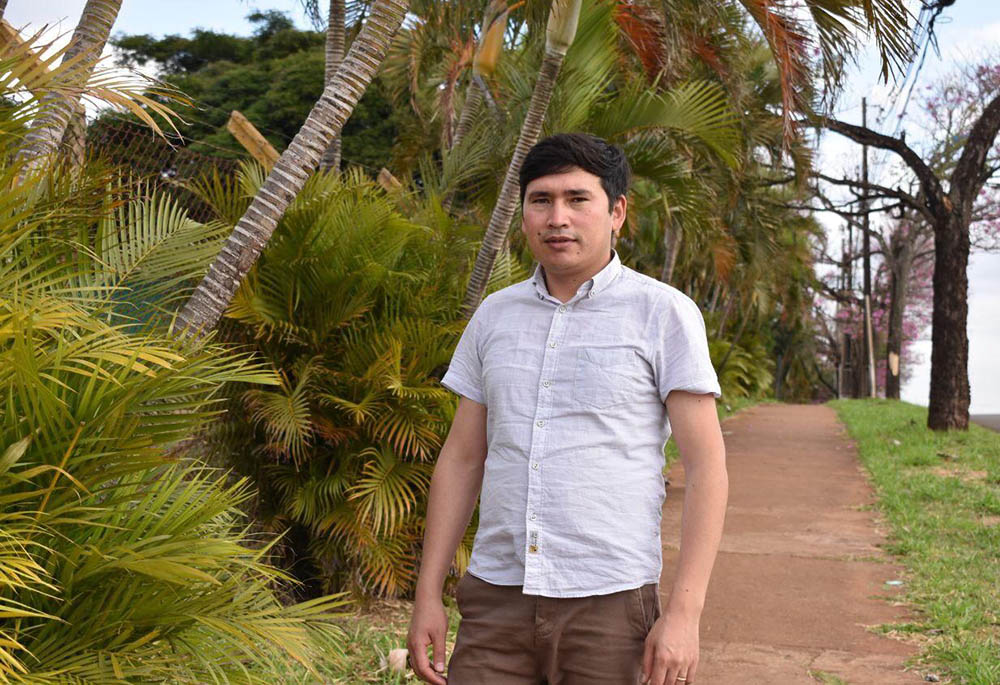 As one of the few countries in the world issuing humanitarian visas for Afghans since the Taliban took control of Kabul in 2021, Brazil has been welcoming hundreds of refugees every month, many of them members of the Hazara people, a persecuted ethnic Afghan minority.

The possibility of obtaining a visa has been drawing thousands of Afghans to the Brazilian embassies in Tehran, Iran; Ankara, Turkey; Islamabad; and Moscow. It is seen by people in need as a great chance to rebuild their lives elsewhere.

But the potential visa is not accompanied by any national program to give refugees a place to live, financial aid or a job. The Brazilian Catholic Church has been among a number of entities stepping into the breach to help refugees secure basic needs.

"Since the Taliban took control, we warned the national council for refugees that something had to be done. The only reaction of the government was to concede the humanitarian visa," Fr. Marcelo Maróstica, director of the São Paulo Archdiocese's Caritas charity network, told NCR.

Brazil has issued visas for about 6,000 Afghans, with about half of that number arriving in the country. Since February, the weekly number of arrivals has been growing — and nobody in the South American country seems to be really prepared to properly deal with them. 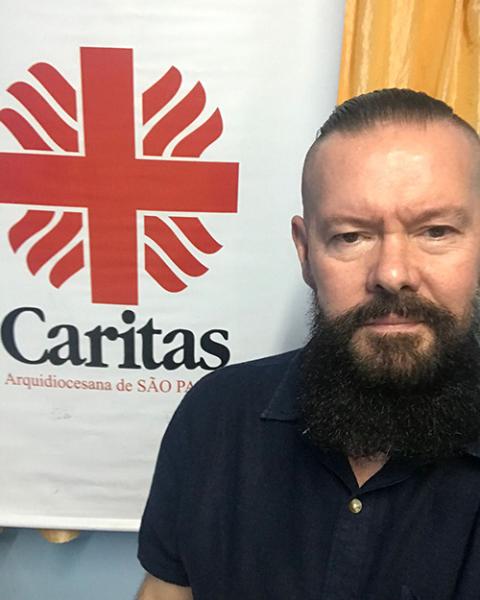 "We have been helping them to regularize their documents, we provide health care assistance, and we have a welcome center where they can stay for a few weeks until the government finds a more stable shelter for them. But the country should really offer more," said Marostica.

A crisis erupted in September, when Brazil's lack of infrastructure for incoming Afghans led to some 100 refugees establishing a camp at the São Paulo international airport. The situation spurred outrage among Brazilians and prompted authorities from the judiciary, the São Paulo city government and the federal government to coordinate help, taking the refugees to a hotel.

Social worker Rafaela Barroso, who volunteers at a ministry program for migrants at a parish in the city of São José do Rio Preto, in São Paulo state, told NCR she has helped more than 100 Afghans to obtain a Brazilian visa and get into the country since March. She said that most of them are unemployed and living at hotels, paid for with savings that are dwindling.

"Among them there are journalists, prosecutors, engineers. But there are no jobs for them," she said.

She added, "Some of them have been working for a halal slaughterhouse, but it is hard work and salaries are low, so many end up giving up."

Esmatullah Hassanzada, a 31-year-old software engineer, is one of the Afghans assisted by Barroso. He told NCR he has been in Brazil with his brother for a month and has yet to get a single job interview.

Hassanzada and his brother are Hazaras, an ethnic group that has suffered oppression from the Taliban, which is largely made up of ethnic Pashtuns. Hassanzada said he and his brother are trying to help their two other brothers and a cousin get a visa to come to Brazil, but have not yet had success.

"I had been accepted to continue my studies in Poland and my brother in Japan," he said. "But we chose to come to Brazil because we thought we would be able to bring our family here."

Hassanzada may have to wait much longer. Due to the overwhelming number of visa requests, the Brazilian embassies in Tehran and Islamabad had to freeze scheduling new interviews. In Iran, only demands made before June 13 are being processed.

Brazil's foreign ministry has said that more than 1,200 interviews are scheduled to happen between now and January in Islamabad, while almost 4,900 requests had been made in Tehran prior to June 13.

Barroso said that many Afghan refugees that fled to Iran after the Taliban takeover are dealing with their Iranian visas now expiring, and are looking for new places to go.

Tahira Khademi, a 27-year-old former Afghan military member now in Iran, told NCR she herself has gotten a Brazilian visa, but she is still waiting for her twin sister to obtain one.

"I used to teach other women at the military academy. The Taliban do not approve the participation of women in the armed forces, so I had to leave the country," she told NCR.

Her brother was also in the army and ended up being arrested by the Taliban for a few days, like many Hazaras — who are persecuted not only for their ethnicity, but also due to the fact that most of them are Shiite, while the Taliban is a Sunni movement.

"He had to bribe them in order to be released," Khademi recalled.

Mohammad Zaman Sahil, a 29-year-old engineer from the Afghan city of Ghazni, also wishes to get humanitarian visas for his family. He said he used to work at the Afghan embassy in Iran and managed to come to Brazil with his wife and two children.

"But my seven siblings and my parents are in Afghanistan in danger. One of my brothers is undocumented in Iran. I tried to discuss his case with the Brazilian embassy, but I could not do anything for him," he told NCR.

Sahil has been helped by Abuna, a nongovernmental organization connected to Protestant missionaries, and has been living at the house of a Brazilian family in Maringá, in Paraná State.

"They are very good people and they have been helping me a lot. I love them and I love Brazilians in general. But it is not easy to live in Brazil," he said.

Sahil said that learning Portuguese is often difficult for Afghans — and the language barrier stops them from getting a job.

Rosemeire Casagrande, a Scalabrinian lay missionary who works at Mission Peace, a Scalabrinian-run center for immigrants in São Paulo, said the lack of work opportunities for Afghans in Brazil leads many of them to plan to move to the United States or Canada — something they do in dangerous conditions through a land route that goes from Peru through Central America and Mexico.

"They tell us that they need to send money to their families in Afghanistan, so there is no other way. In Brazil, if a refugee gets a minimum-wage job, that person can barely survive here," she said.

Casagrande emphasized that many Afghan refugees are highly qualified professionals who could contribute to the Brazilian economy. But often they have trouble validating their diplomas or university credentials.

Casagrande argued that the Brazilian government should do a better job to support refugees, and offer them shelter.

One of the current efforts of São Paulo's Caritas network is to help Afghan refugees build a sense of community in the city. The organization hired a Hazara woman to serve as a cultural mediator, something that required some refugees to deal with deeply rooted prejudices.

Marostica, the network's director, said one non-Hazara Afghan family refused to speak with the mediator upon arrival in Brazil.

"They said they would not talk to a woman, especially to a Hazara woman who is Shia," said the priest. "But here they have to work together, there is no way around it."

Sorab Kohkan, a 65-year-old Hazara immigrant who has been living in São Paulo for more than 10 years, said Brazil is a good place for his people, despite the language barrier and the economic hardships.

"Here we can walk freely. Nobody will bother us due to the shape of our eyes or because our heads are not covered," he told NCR.

Kohkan runs a small Afghan and Indian restaurant in Liberdade, a neighborhood where thousands of Asian immigrants and their descendants, including a large Japanese Brazilian population, live and work.

"If the Japanese are totally integrated to Brazilian society, Hazara can also do it," he said. "Here, nobody will kill us."

A version of this story appeared in the Oct 28-Nov 10, 2022 print issue under the headline: Religious groups in Brazil step up to help influx of Afghan refugees.