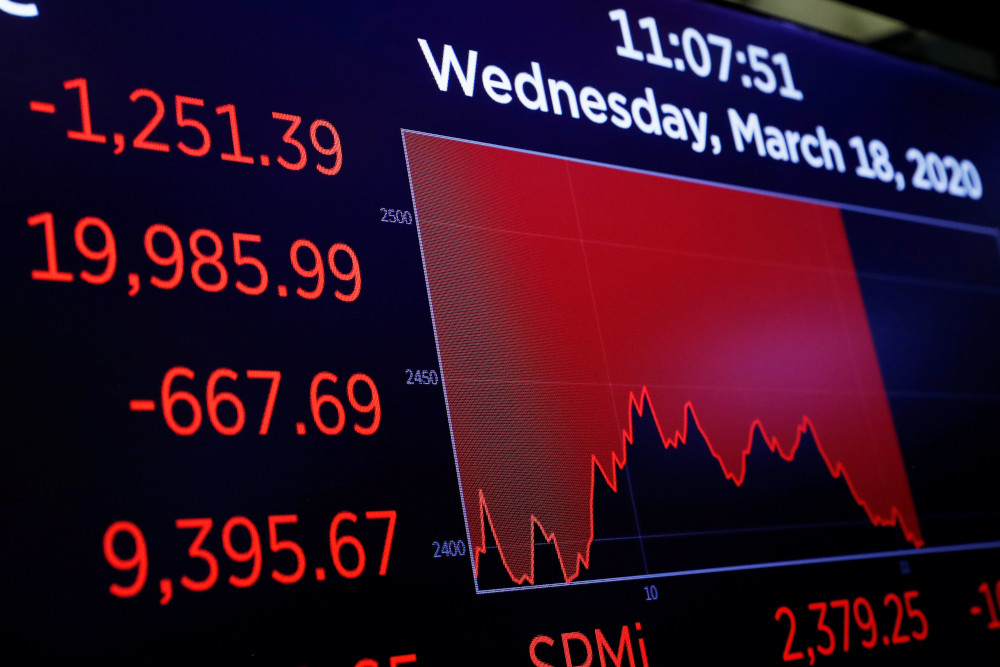 A board at the New York Stock Exchange is seen in this illustration photo. (CNS/Reuters/Lucas Jackson)

Rule alterations by the Securities and Exchange Commission on shareholder resolutions will result in higher hurdles for shareholder activists, according to leaders for two faith-based investor groups.

"It's going to threaten the ability of shareholders to guide the pace of change," Tanner told Catholic News Service in an Oct. 2 phone interview.

"I see this as a setback to the rights of shareholders," she added. "It could hinder our ability to get information from a number of companies on a host of issues that are of interest to Catholic investors," among them the environment, workplace discrimination, hate speech and pay equity.

"You see this [presidential] administration — the actions by this administration — showing an incredible hostility to the type of engagement that we do, and our members, and many of our allies," Josh Zimmer, CEO of the Interfaith Center on Corporate Responsibility, said in a separate Oct. 2 phone interview with CNS.

The rule change, Zimmer said, is "based on a really, political ideological opposition to accountability and putting guardrails on corporate actions."

The SEC said in announcing the rule change that it was aimed at "modernizing" what had been in place since 1954.

One change in the amended rule ups the minimum amount of stock one owns that is required to bring forth a shareholder resolution. It jumps from $2,500 to $25,000.

Another change also hikes the minimum vote needed for a shareholder resolution to be resubmitted the following year. The figures had been 3% of all voting strength in first year, 6% in the second year, and 10% in the third year. Those percentages increase to 5% the first year, 15% the second year, and 25% the year in order for a resolution to be resubmitted.

The SEC's changes take effect with the 2022 fiscal year, which for most publicly traded firms start sometime in 2021.

Zimmer suggested that the SEC is not doing companies' bidding as it may think it is, but is actually behind the times. Rather than there being less of a welcome mat to activist investors, "it's quite the opposite, actually," he said. "This rule ignores lots of momentum in corporate engage on environmental social and governance issues. We see it in bigger and bigger positions by investors that this is a significant corporate trend." 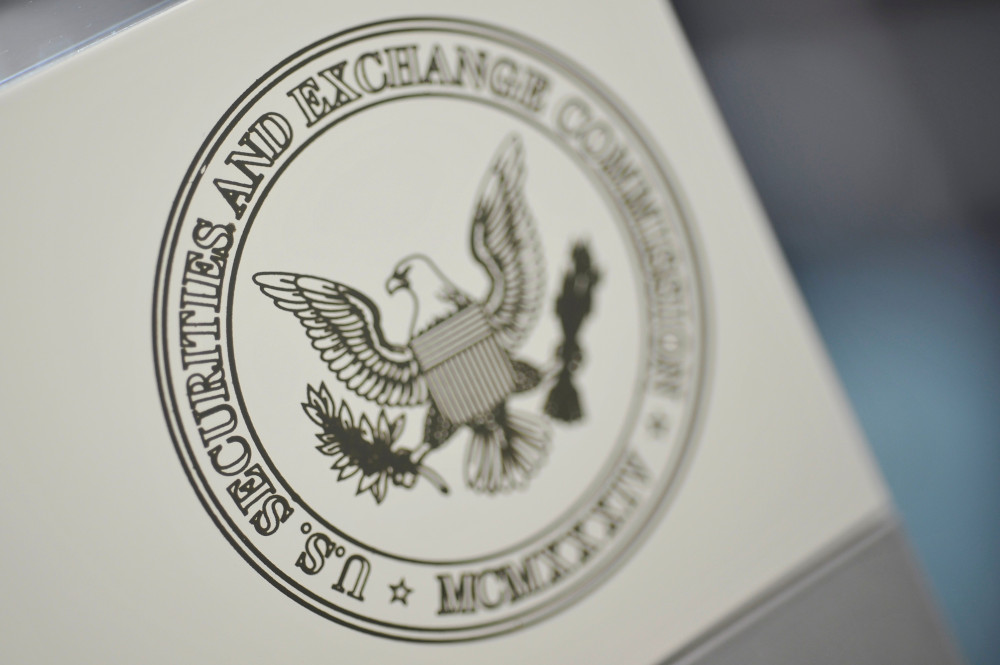 The U.S. Securities and Exchange Commission logo is seen in this illustration photo. (CNS/Reuters/Jonathan Ernst)

The Business Roundtable, which Zimmer said is often thought of by activist investors as a foe on these matters, issued a statement last year "really repudiating the doctrine of shareholder primacy," a concept often seen as justification for the short-term boosting of stock prices, "and asserting that they were really concerned about their duty to stakeholders."

"Engagement by shareholders has served as a crucial 'early warning system' for companies to identify emerging risks and there are literally hundreds of examples of companies changing their policies and practices in light of productive engagement with shareowners," said an ICCR statement Sept. 23, the day the SEC announced the changes.

The very act of filing shareholder resolution meant that "the company had to address what was in the resolution," Tanner told CNS. "Let's say the company didn't want to do what we asked for. They still had to put something in the proxy, and we were getting information that way."

Now, "far from the blunt rule they're portrayed to be, this shareholder resolution process has deepened our relationships with companies. We maintain strong connections to companies where we once filed," among them Verizon, BP and Shell, Tanner said.

"We have strong relationships with these companies because they regard us as harbingers of important issues," she added. "We've achieved a more thorough understanding of their business model."

"You bring an issue in front of a company, in front of executives, in front of shareholders, and it takes time to educate them. It takes several years," Zimmer said. "Typically, it gets higher and higher votes. ... Other investors aren't supporting these proposals, and then the issue explodes into the public consciousness."

One present-day example, according to Zimmer, is "what's going on with COVID in the meatpacking plants in the South and Midwest," in which resolutions ask companies to reexamine safety issues. "Those resolutions," he said, "are getting bigger votes."

Tanner, though, worries the rule change is "going to impede our ability to hold these companies to account on issues related to human dignity, environmental stewardship and social justice. Catholic values are central to our investment process: human trafficking, online child sexual exploitation, climate change."

Without shareholder engagement, she argued, firms carry on "without strong or credible evidence that a problem even exists."