The mind of Christ 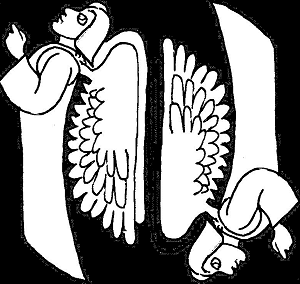 Some social conflicts seem so deep and pervasive that they cannot be easily defined. During World War II, General De Gaulle described the confrontation between French Liberty and German National Socialism as a battle between archangels. St. Paul called the struggle he was engaged in a battle between the Cosmic Christ and the Principalities and Powers of this world. It was more than a contest between political parties or historical ideologies. It was the decisive revelation of God’s power over the forces of sin and death.

Jesus’ first encounter with unclean spirits occurs after his declaration in the synagogue in Nazareth that the Spirit of the Lord was upon him and had anointed him to bring good news to the poor. In today’s Gospel, in another synagogue in Capernaum, Jesus encounters a man possessed by a demon that acknowledges him as the “Holy One of God.” The crowd is astonished at his authority over unclean spirits. The agents of Satan are being routed because the Kingdom of God is at hand.

In today’s first reading, St. Paul continues the theme that human wisdom cannot grasp the mystery of God, while the disciples of Jesus have been granted insight because they have the mind of Christ. They extend the mission of Jesus in the world and even have his authority to work miracles and drive out unclean spirits.  The expansion of the Jesus movement into history demonstrates that Jesus is at work through his followers, who have received the gifts of his Holy Spirit.

What does it mean to have the mind of Christ? Another way to pose this in specific circumstance is to ask, “What would Jesus do?” If we are empowered by Jesus’ anointing to bring Good News to the poor, freedom to captives, sight the blind to today’s crises, what will our daily lives look like?  What will our discernment and attitudes convey? What example will we be to those who are angry or afraid? How confident are we that our words will be blessed with power and authority?

Society is a complex map of diverse patterns interacting to create public sentiment and behaviors. Media often depict social tensions by labeling and oversimplifying issues to heighten the drama of conflict.  Yet, at its most personal level, society is made up of individuals seeking acceptance in community and meaningful self-expression.  It is here, where personal relationships are critical, that any witness to reconciliation and honest dialogue has the most influence and can even break the spell of intolerance and its appeal to force.

Bringing the mind of Christ, the nonviolent wisdom of Christ and the authority of Christ to bear on people’s concerns at this level is most effective. All of us harbor unclean spirits of prejudice, fear and wounded pride that can flow into mainstream negativity when summoned.  Jesus has the power to drive out such spirits, and he freely shares it with us to bring about healing and reconciliation.

Column | The mind of Christ

Ministry holds both ordinary and extraordinary moments of grace

We are endangered species, but Franciscan values could save us

Because of God's mercy

The weak self you were and will become