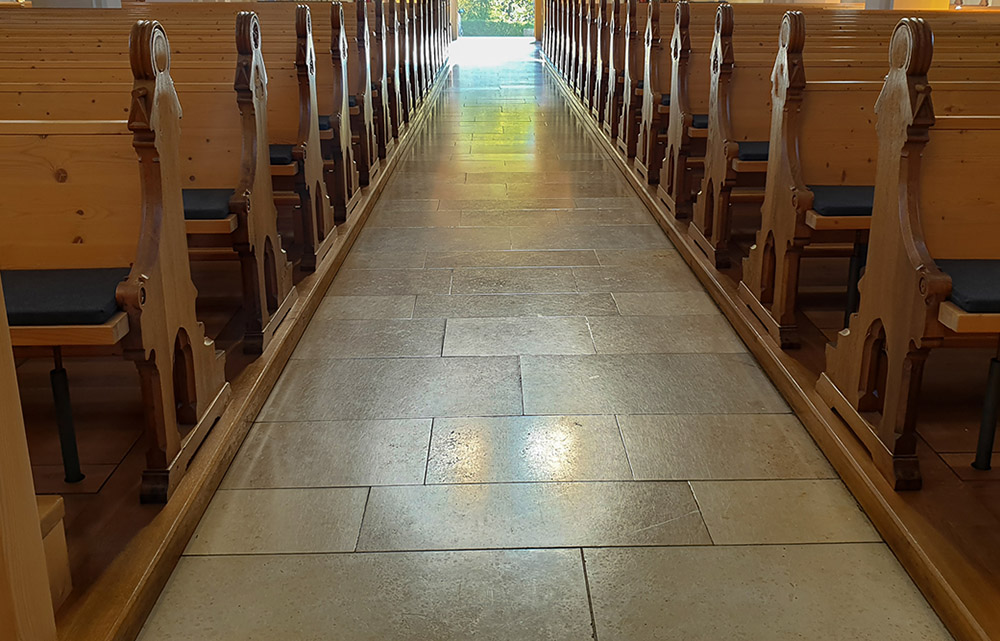 The day after Donald Trump won the presidential election, Mike Boyle decided he was ready to become an Episcopalian.

A practicing Catholic all his life, Boyle was serious enough about his faith that he had spent three years as a member of a Dominican community, in the priestly formation track. But even prior to 2016, he was growing frustrated with the behavior of lay Catholics and clergy. With the initiation of the Fortnight for Freedom during the Obama administration, he began to be uncomfortable with the church leaders' obvious promotion of right-wing political ideologies.

Then Pope Francis was elected. Boyle initially hoped the new pope would bring about much-needed reform, but after a few years started to doubt whether Francis could really change things. He began to be drawn toward an Anglo-Catholic Episcopal parish. 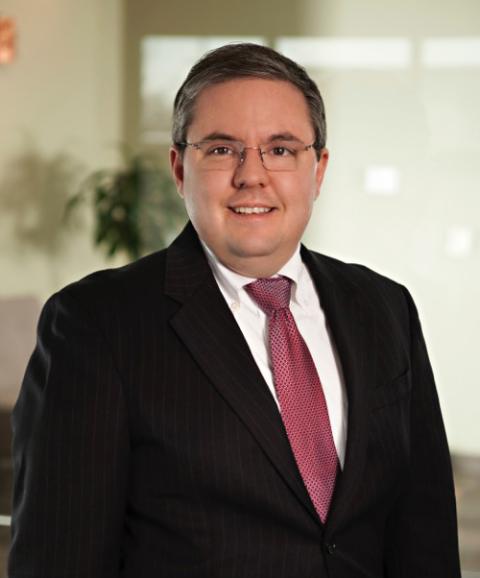 According to Boyle, "it was not so much that MAGA Catholics (whether lay or clergy) pushed me out the door, so much as the embrace of MAGA cut the last strings that I was holding onto."

Boyle's departure from the Catholic Church is part of a broader trend, as church membership among Catholics has declined sharply in recent decades, especially over the past 10 years. Many who have left, like Boyle, cite their coreligionists' alliance with the MAGA "Make America Great Again" movement as a key factor in their decision.

H.L. Vogl came from a conservative background and converted enthusiastically to Catholicism as an adult. But in 2016, Vogl was dismayed to see their pastor becoming far more political — and it got worse after Donald Trump was elected president. According to Vogl, their pastor was "explicitly citing Fox News in homilies, preaching on the obligation to respect those in authority in the government, and stoking fear of 'political correctness.' "

Vogl began fact-checking the pastor's homilies, and in the process also discovered falsehoods and misrepresentations that had previously been accepted without question, such as the misrepresentation of Mary Magdalene as a prostitute.

Vogl was also appalled by the church's lack of accountability, and the harshness with which the authorities silence anyone working for gender equality.

"I could no longer see the hierarchy's claims of God-given authority as anything more than an abusive power-grab," Vogl said. "In short, the political abuses destroyed my trust in the clergy and prompted me to rip my pious blinders off. Having taken in this broader perspective, I can never see the Catholic Church the same way again."

Others have been dismayed by the spectacle of prominent Catholics they once respected embracing Donald Trump's far-right nationalist ideology and substituting it for the traditional teachings of the church. This has been especially distressing for converts to witness, as they watch those who once influenced their conversion veer sharply to the right.

J.M. Jensen grew up evangelical, but his attraction to classicism in art and philosophy drew him to Catholicism. He converted in 2008. 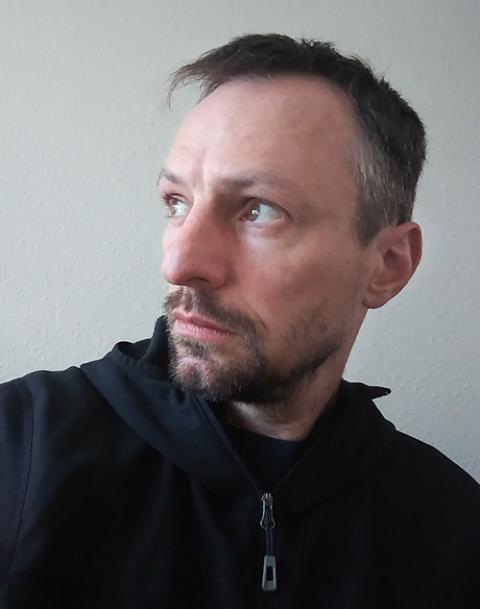 Then, in 2015, Trump announced his candidacy. Jensen was sure Christians and Catholics would reject him, but the opposite happened. Leaders and apologists whom he had trusted began not only to make excuses for Trump, but to enthuse over him — even following the release of the "Access Hollywood" tapes that recorded Trump boasting about assaulting women.

"Over the course of the next four years, I saw almost every single Catholic leader who had been a voice for me in my formative years turn to Trump," Jensen said. Though other Catholic voices were outspoken against the MAGA movement, nevertheless Jensen found it depressing to see the change in those he had admired.

"People who once had decried 'cafeteria Catholics' and said that you must give your consent to the church's sexual teachings now said you had to ignore the pope when he talks about the environment or social justice. People who decried the moral relativism of the left now used the same tools when it suited them. All of the principle and character that they demanded of [Bill] Clinton were left at the wayside when a truly foul person came along. All for political power," he said.

Jensen is considering exploring other Christian faith communities once the pandemic has passed, and has been reading Buddhist and Taoist thought.

A recent Gallup report revealed that the United States is becoming less religious in general. The number of citizens who are members of a house of worship has dropped to below 50% for the first time in the 80 years since Gallup started keeping track. And people are not only leaving their church communities; they are cutting ties with institutional religion itself. It is noteworthy that the decline in the past three years has been especially steep.

While generational change is a factor, church membership is waning among older adults as well as millennials and Generation Z. The Gallup report notes that some of the numbers from 2020 may be due to the pandemic, and likely temporary, but this doesn't erase the reality that many are taking leave of their religious traditions permanently.

Adam Gabbatt, in a recent piece in The Guardian, cites studies indicating that a rise in extremism from the religious right is driving people away from religion itself. Gabbatt quotes David Campbell, chair of the department of political science at the University of Notre Dame:

"Many Americans — especially young people — see religion as bound up with political conservatism, and the Republican party specifically," Campbell said.

"Since that is not their party, or their politics, they do not want to identify as being religious. Young people are especially allergic to the perception that many — but by no means all — American religions are hostile to LGBTQ rights."

Writing for Business Insider, Kelsey Vlamis reported in November 2020 that young people were leaving their churches because of Trump. Vlamis spoke with Michael Wear, once a faith adviser to President Barack Obama, who had talked with many young Christians on college campuses. According to Wear, the "Access Hollywood" tape was a factor for many Christians re-assessing their place in their religious communities.

"Having been young during Clinton and seen the way evangelical leaders responded to him, and then to see these same leaders make excuses for Trump," he told Business Insider. "It just led them to think, some of these voices aren't trustworthy."

He also predicted Trump's impact could last long after his presidency, as many Christians who dislike the president will not forget the way so many churches embraced him.

Wear reported that Christians of all ages told him they could no longer enjoy some of the most basic aspects of their religious communities, like coffee after church and small-group discussions, because of the new divisions.

Kaya Oakes is the author of The Nones Are Alright: A New Generation of Believers, Seekers, and Those in Between (Orbis Books, 2015). While researching for the book, she encountered a number of former Catholics who reported having a "last straw" moment. 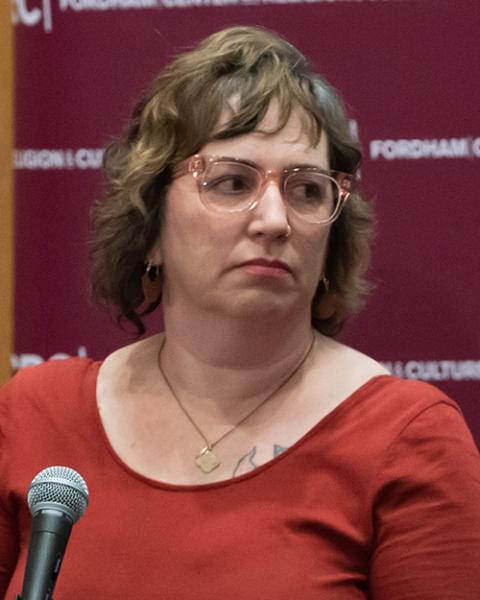 "Most often, it was some culture war issue that they finally had had enough of," Oakes said. "So while I don't have hard data on this, we have certainly heard plenty of anecdotal stories of this worsening under Trump," she said. "And then with the recent flare-up of QAnon Catholics, Catholics refusing to take the vaccine, bishops telling Catholics not to take the vaccine against the teaching of the pope, and so on, it's easy to imagine a person whose ties to the church were already fraying in the pandemic hitting that tipping point and deciding they have had enough."

Even for those who still identify as Catholic, their fellow Catholics' embrace of MAGA ideology has been disconcerting. One interviewee, who prefers to be anonymous because of his work with the public, shared how the 2016 election was a factor in his changed relationship with the church. Influential Catholics who had initially talked about how terrible Trump was began halfheartedly defending him, and finally enthusiastically promoting him and everything the MAGA movement represents.

"As their support for Trump grew, so did my disgust," he said. "To understand how this impacted me, remember these are the Catholics who influenced my conversion, Catholics I admired and trusted for information on faith. To find out their principles really just masked a loyalty to the Republican Party was devastating."

For this convert, the way some Catholics responded to the pandemic did not help. Neither did their response to racial justice issues.

"During the Black Lives Matter protests, the church sided against racial justice and were more worried about statues of saints than real people whose lives are not valued by our society. They refused to stand with the marginalized. The hierarchy seems incapable of looking beyond their self-interest," he said.

"The Bible says you'll know Jesus' followers by their fruits, and the fruits I'm seeing are so rotten I wouldn't touch them with a thousand-foot pole, let alone consume them," he said.

While he has not opted to leave the church, nevertheless he is tired. "I want a church that stands for justice. I did not sign up to join a GOP SuperPAC."

Where are they going, these tired and angry Catholics who are leaving? Are they giving up on religion itself? Not necessarily. According to Oakes, many of these people are "creating a more DIY, mix-and-match kind of faith practice."

And social media plays a significant role in this change, Oakes said. "What's interesting is that a lot of that individualized combining of religious practices ends up in people finding smaller communities of like-minded people via social media which in turn become more supportive, oftentimes, than anything they'd find at a Catholic parish."

A version of this story appeared in the May 14-27, 2021 print issue under the headline: Support of Trump within church has driven some Catholics to the exits.