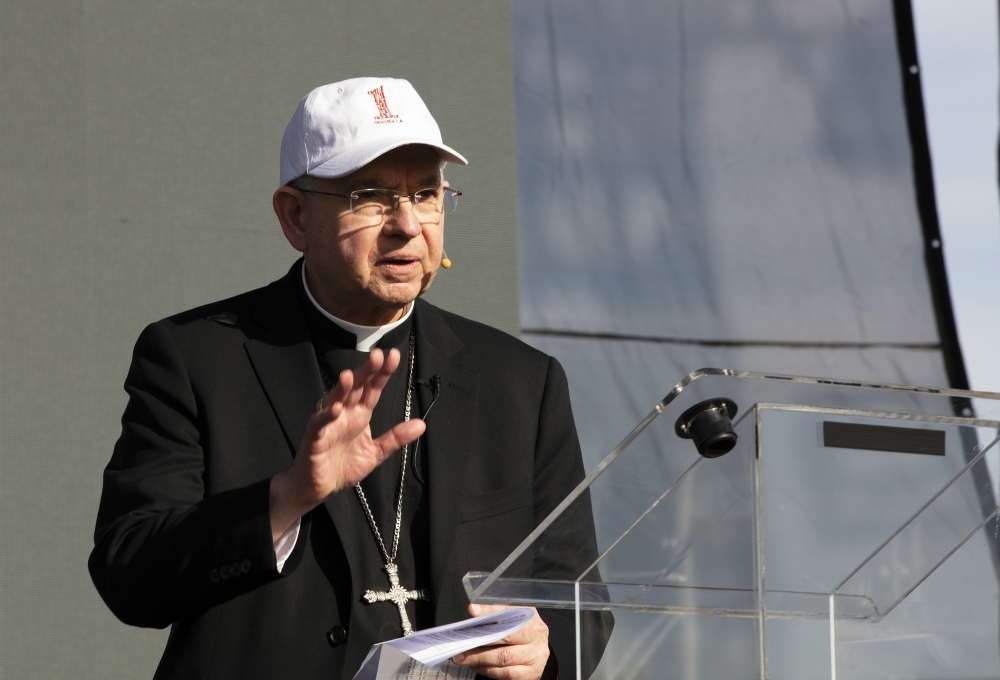 Signaling what could become a showdown between the leadership of the U.S. Catholic Church and the second Catholic president in U.S. history, the head of the U.S. bishops' conference issued a warning to President-elect Joe Biden, saying his position on abortion rights creates a "difficult and complex situation."

"When politicians who profess the Catholic faith support [abortion rights], there are additional problems," said Los Angeles Archbishop José Gomez, president of the U.S. Conference of Catholic Bishops. "Among other things, it creates confusion among the faithful about what the Catholic Church actually teaches on these questions."

Gomez also announced the formation of a working group to examine the issue.

The remarks came Nov. 17 during the conclusion of the final day of the U.S. bishops' virtual meeting and just one week after Gomez offered his formal congratulations to Biden.

In recent weeks, some conservative Catholics have called for Biden, a regular Massgoer, to be denied Communion, a move his bishop has previously rejected.

Gomez's announcement lacked specifics, noting that the working group would be chaired by Detroit Archbishop Allen Vigneron, who also serves as the vice president of the U.S. bishops' conference, and would include the heads of various bishops' committees affected by areas of policy concern, along with the heads of the committees on doctrine and communication. He said additional details would be forthcoming.

"For only a second time, we are anticipating a transition to a president that professes the Catholic faith," Gomez said on Wednesday. "This presents certain opportunities but also certain challenges."

He said that there is reason to believe that Biden's Catholic faith would motivate him to pursue policies that aligned with Catholic teaching on immigration reform, refugees, the poor, initiatives against racism, the death penalty and climate change.

Yet Gomez singled out abortion, saying that Biden's opposition to the Hyde Amendment, which bars federal funding for abortion, and his support of Roe v. Wade is "against some fundamental values we hold dear as Catholics."

"Both of these policies undermine our preeminent priority of the elimination of abortion," he added, doubling down on the controversial language adopted by the U.S. bishops in November 2019 in the latest version of their official voting guide, "Forming Consciences for Faithful Citizenship."

Gomez said the decision to launch a working group comes at the suggestion of several committee heads of the U.S. bishops and received the "unanimous support" of the conference's executive committee.

The bishops also formed a working group on immigration after the election of Donald Trump in 2016.*

Biden, who frequently talked about his Catholic faith on the campaign trail, received a phone call from Pope Francis on Nov. 12 congratulating him on his election win. The two pledged to work together on a range of issues, including migration and the environment.

*This story has been updated to include mention of the working group on immigration formed in 2016.

This story appears in the USCCB Fall Assembly 2020 feature series. View the full series.
A version of this story appeared in the Nov 27-Dec 10, 2020 print issue under the headline: U.S. bishops discuss Joe Biden, Theodore McCarrick at annual meeting.